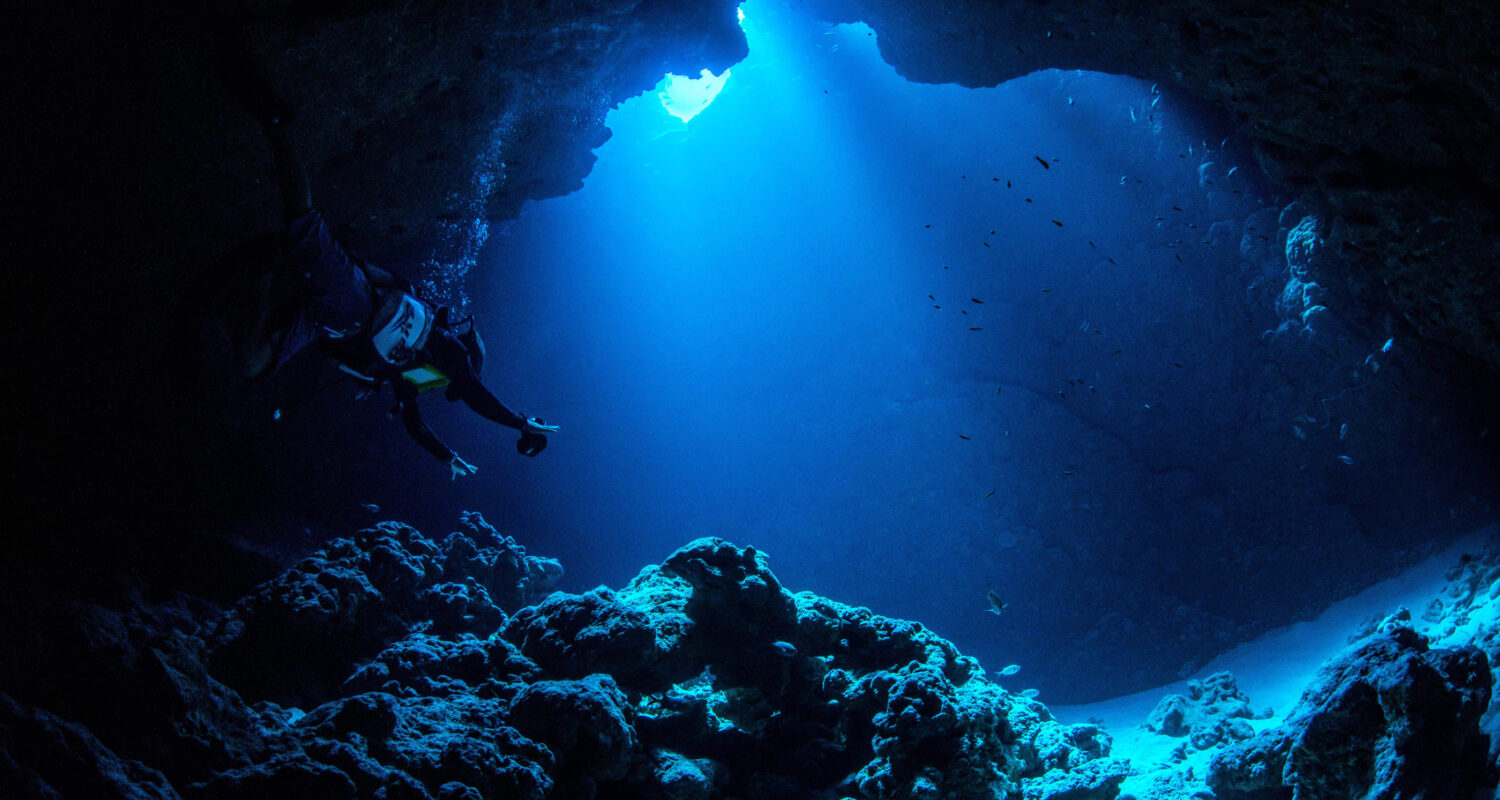 There is a lot we don’t know about the deep ocean. One of the most fascinating places is the Mariana Trench, which is the deepest trench in the world. It is found in the western Pacific Ocean. The maximum known depth is of 10,984 metres (36,037 ft)! In this place, a microorganism has been found that happens to be magnetic.

It has been thoroughly studied how some bacteria present magnetite in them, specifically in organic structures called stercomata, which are waste pellets. However, less is known about the magnetic minerals in protists (numerous eukaryotic organisms that are not fungi, plants, or animals and are unicellular or colonial).

The species Resigella bilocularis, found in the hadal depths of the Mariana trench (6980–10,911 m depth), may be able to orient themselves thanks to magnetic fields (much like birds and lobsters) because of the presence of magnetite crystals in them (Figure 1). The studied individuals of this species, a sample of 1000, demonstrated responses to an applied magnetic field. In this video, we can see some dead R. bilocularis responding to a magnetic field.

Further research showed that the magnetite crystals in this protist aren’t the same as the ones found in the nearby sediments. The ones in R. bilocularis are regular and porous, while the magnetite in sediments is irregular with smooth surfaces and larger. This could mean they are making their own magnetite! Some other organisms like bacteria are known to do so, but for foraminifera single-celled organisms, most of them are marine and live in sediments) and other eukaryotes it is less studied.

How is the magnetite formed?

A link was found between R. bilocularis and Shewanella sp., which is an iron-reducing bacterium. The later could be related to the mineralisation of the magnetite in R. bilocularis by providing a Fe2+ source. Shewanella sp. supplies itself with the iron oxides (Fe3+) in surface sediments, and reduces it to Fe2+, which is then transported to the stercomata to form magnetite (Figure 2).

Despite this, the fact that R. bilocularis is a species of foraminifera; they have elaborate shells which are made with calcium carbonate (CaCO3) or sediment particles. For this reason, a sedimental origin of their magnetite can’t be rejected.

R. bilocularis is the first magnetic protist from hadal depths found. The origin of this magnetite is yet to be specified, and its uses are not fully known. But further study of this microorganism could help understand how magnetite can be formed, as they are from the deep ocean and probably ancient. It could shed some light as to how this process began right from its beginning. A deeper study is needed to fully understand these magnetic beings.