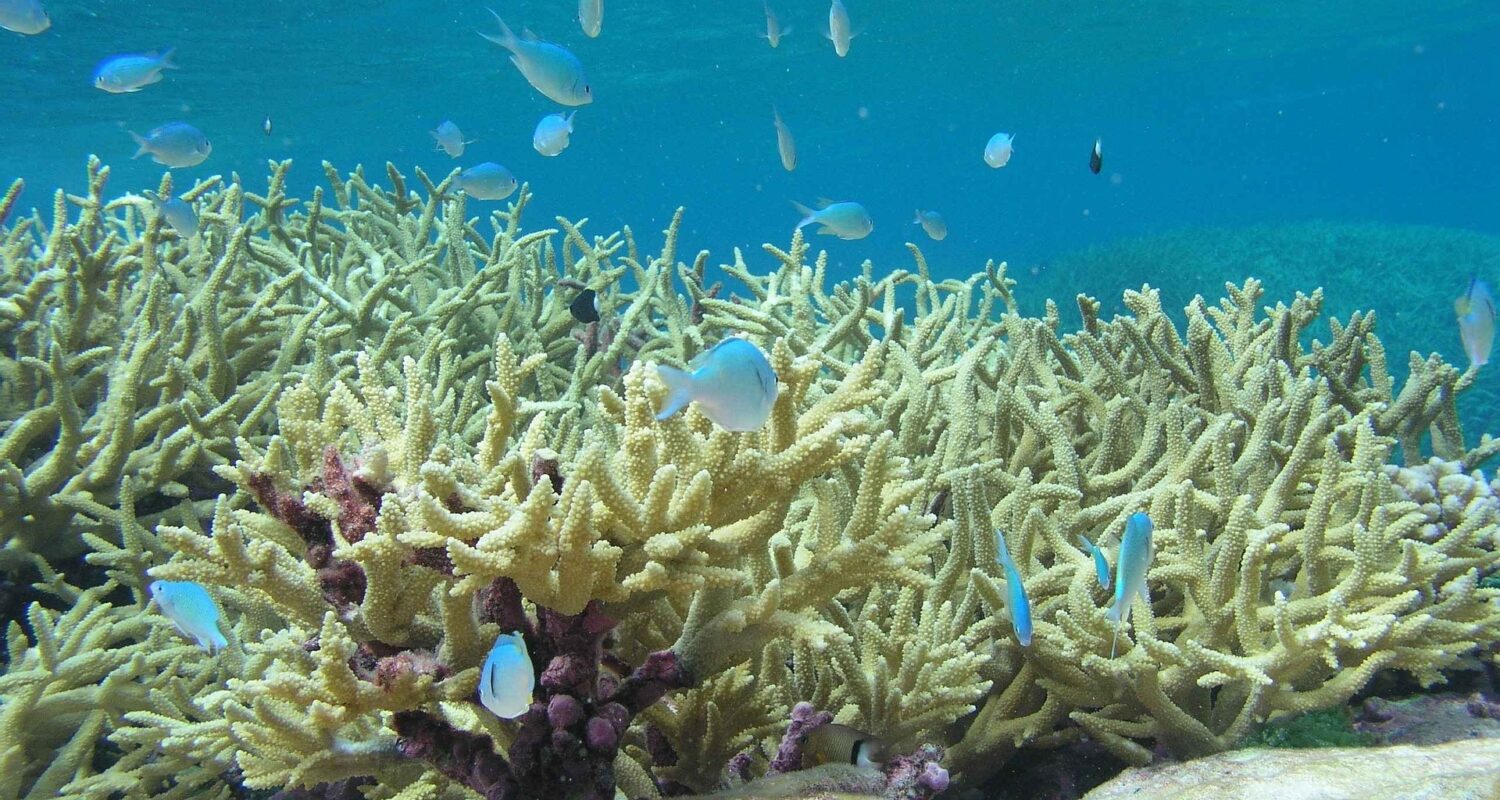 As a self-diagnosed klutz, I am well-versed in the pain, frustration, and hope of recovering from injuries. However, when stepping in a pothole results in a sprained ankle that periodically plagues me for years to come, I begin to wonder, “Does everyone heal this slowly or am I just special?” While I may be side-eyeing some masterful healers in my life with envy, scientists are asking similar questions about coral. As restoration projects try to reintroduce living coral into an ocean where corals are dying at an alarming rate, it might be best to work with those who heal fastest. But what makes some corals heal faster than others?

The staghorn coral (Acropora cervicornis) is both a common species used in coral restoration and an ideal subject for studying wounds. Not only does the branching, forking structure of the coral (like the horns of a male deer) make it easier to break, but the coral grows quickly in more turbulent, shallow habitats, so wounds are not unusual. The coral also reproduces asexually through fragmentation, meaning that whole chunks of the coral will break off only to float somewhere else and establish a new colony. Being wounded is a normal part of a staghorn coral’s life cycle, just like sprained ankles and strengthening exercises are a normal part of mine. Unlike me, however, staghorn coral as a species has evolved to grow and heal relatively quickly.

Even among these ready healers, not all heal at the same rate. To investigate this variability, scientists from the University of Miami observed staghorn corals that had lesions from branch removal (similar to what happens during restoration or reproduction). They documented how many of the wounds had healed by day 9, day 16, and day 22, as well as the genes of the corals, the size of the wound, how large the coral colony was, and how dense the coral tissue was. To look at zooxanthellae in the coral (the symbiotic algae that lives in the tissue of coral and provides a lot of its food), they measured chlorophyll-a, the pigment in the algae that helps convert sunlight into energy.

Just in its DNA?

Corals were more likely to heal by day 9 with smaller wounds, less dense tissue, and higher levels of chlorophyll. It makes sense that smaller wounds heal faster – less injury for repair means less work for the body. Higher chlorophyll also makes sense. Since the algae living in the corals provides food, more algae means even more food, leading to more energy for the coral to “get well soon.” It’s the difference between suffering from a miserable cold alone in your room eating dry toast and a friend coming over with a big bowl of steamy, brothy chicken soup.

The effects of tissue density are a bit harder to understand. One possibility is that when the tissue is denser, it blocks some of the light going to the algae in the coral. Since the algae needs this light to create energy, it’s possible that tissue density gets in the way of producing food for the coral. The other alternative is that as the coral diverts energy to healing its wounds, it invests less in its tissue. In this case, the thinner tissue is less a factor in wound healing and is actually a response.

Scientists also noticed a change in how much wounded corals grew, with recovering corals growing more slowly. Instead of putting energy towards growing larger, they had to do damage control.

Because coral reefs are so lucrative ecologically and economically (accounting for an estimated $375 billion dollars world-wide every year), rehabilitating reefs is not only good for science but also for people. The scientists concluded that staghorn corals, with their rapid growth rate, are still a good option for this rehabilitation, and that any slowed growth from corals recovering from wounds is not a large concern. Still, they recommended that rehabilitators may specifically choose the corals in their nurseries that recover fastest when putting them in the wild. Whether these are corals with tons of algae in their tissue or those that have the fast-healing genes, it may help reefs get established faster and protect them from infections and disease. The corals that are here for our children and grandchildren will likely be those that were strongest in one way or another. For the staghorns, those may be the speediest of healers.

One thought on “Gifted healers: Some corals have the whole package when it comes to recovery”