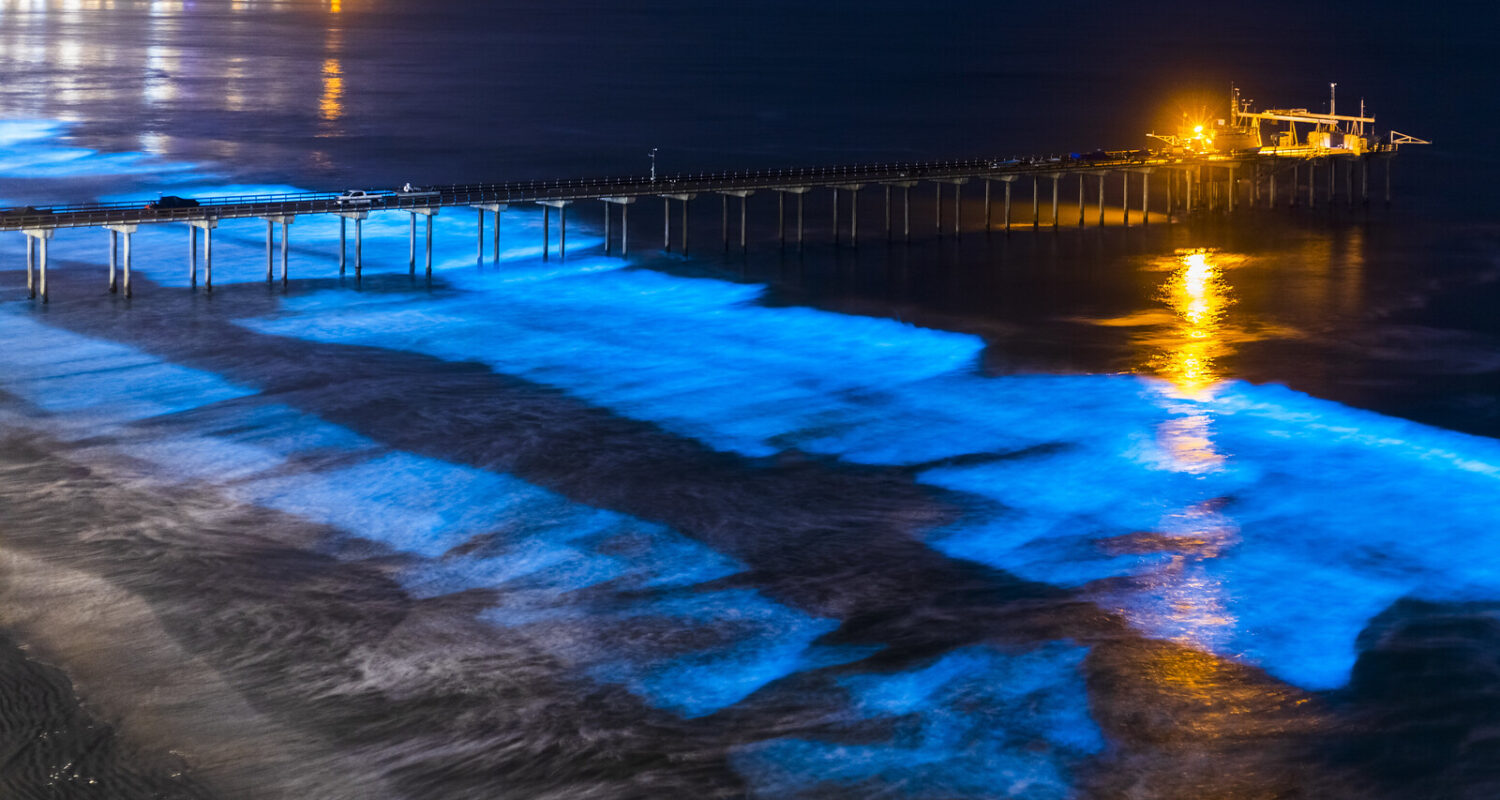 In the Polar North, that is,  the Arctic Circle, winter is the darkest time of the year. Anywhere above the 49th parallel experiences extremely long days in the summer and extremely long nights in the winter. In some places like the Svalbard Archipelago, Norway, the sun never rises during the day. This event is known as a polar night. In the absence of sunlight, other phenomena like the Aurora Borealis or moon halos provide light, but over the past decade, scientists have been interested in a light-producing phenomenon specific to the ocean: marine bioluminescence.

Bioluminescence is the process by which living organisms produce light through internal chemical reactions. Many different creatures produce light, but the scientists of this new study were curious why bioluminescent plankton appeared in higher concentration during two specific polar nights than any of the others. During two nights, one in 2012 and one in 2017, bioluminescence in the Rijpfjorden fjord in Svalbard was significantly higher than had been detected at any other time. The scientists wanted to know what differentiated these nights from the others and what factors made them similar enough to each other to produce such high amounts of the plankton responsible for the elevated light levels.

In order to understand the situation, the researchers turned to previous literature to create a model that might explain the increased bioluminescence. Using previously collected data and calculations, the scientists created a model based on several factors such as temperature, bathymetry, light emission, nutrient concentration and currents characteristic to the fjord. They then applied this model specifically to the two high-light nights to analyze which factors might have the most influence on the elevated levels of bioluminescence.

After running the model, they found that currents, specifically advection, mixing and upwelling were the primary factors in allowing the intense bioluminescence to occur. It’s likely that these currents brought an influx of nutrients to the area and provided optimal conditions for a high concentration of plankton in the fjord. Since this model was so accurate in explaining this event, the authors are optimistic that it could be applied to other areas where bioluminescence occurs. They believe that the model could not only be used to explain high light emission events, but also predict when they might occur next.

However, a few questions remain unanswered. The scientists are unsure which specific taxa of plankton is responsible for the bioluminescent boom. While there are a few common bioluminescent taxa that are found in the Arctic region, other taxa from the Atlantic have been starting to appear in the Arctic as the oceans warm and the range of certain organisms expand. Another question is if the moon might influence how close the plankton come to the surface, thus changing when and how often these high-light events occur. Overall, the authors recommend more studies on Arctic bioluminescence and refining the model for future use.