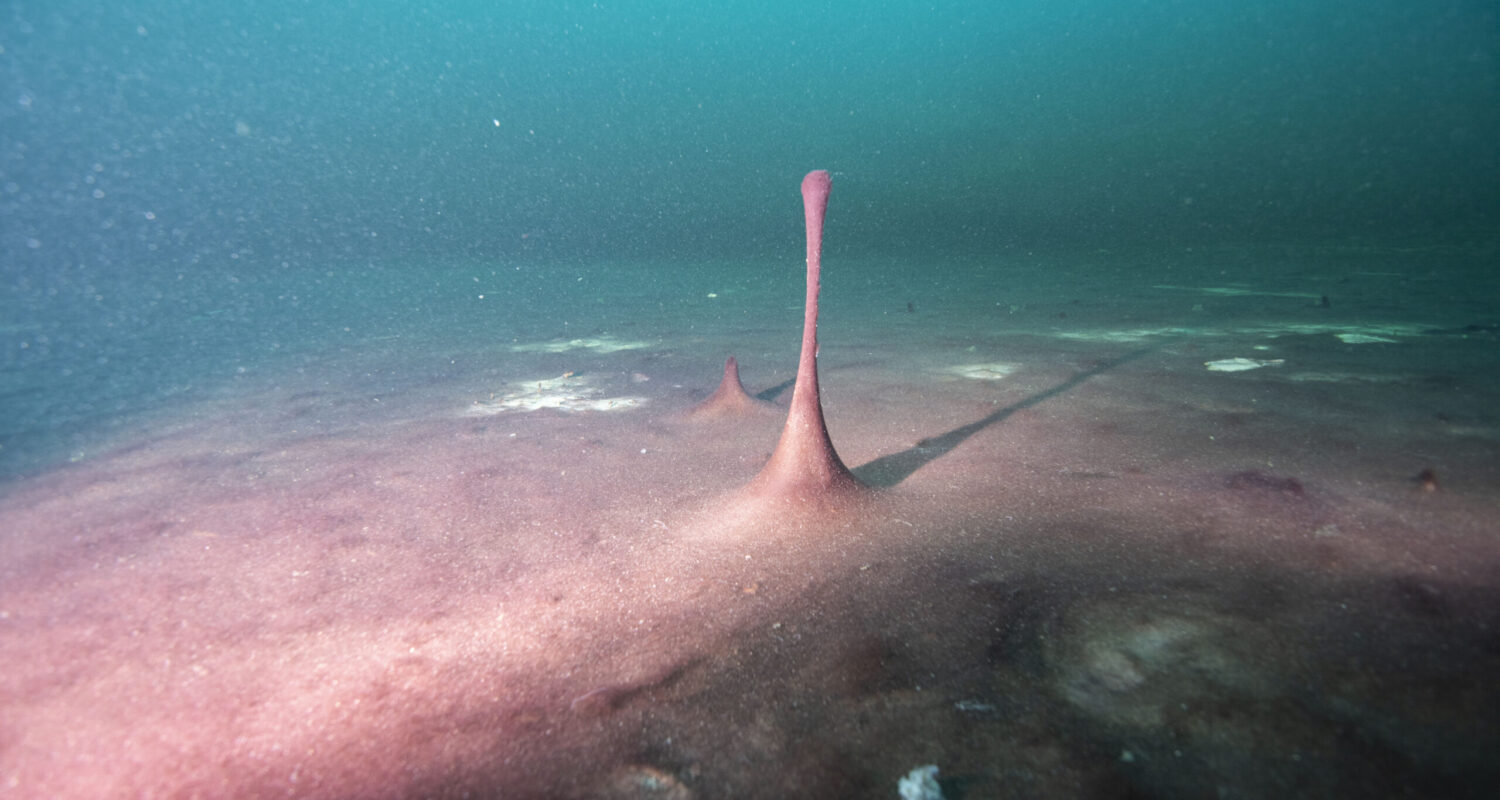 While it seems like the stuff of science fiction, days on Earth were not always the exact same length. Long ago, our planet spun much faster, and as a result, the time from sunrise to sunrise was shorter than 24 hours. It’s estimated that 4 billion years ago, daylengths were only 6 hours long! Our planet’s rotation speed has been slowing down (ever-so-slightly) since then, and scientists have attributed that slowdown largely to ocean tides.

As seawater sloshes around the ocean to follow the moon’s gravitational pull, it scrapes and drags against the ocean floor. This mechanism is like the friction between your car tire and the road, which will slowly bring your car to a stop if your foot leaves the gas pedal. While tidal friction is relatively small, it has sapped the Earth’s rotational energy over the course of billions of years, and it turns out that this rotational slowdown has affected life on Earth in a profound way.

By examining a profile of daylength through geologic time, a team of scientists from Germany and the United States noticed that a sharp increase in daylength occurred around the same time as an increase in atmospheric oxygen. For much of our planet’s 4.5-billion-year history, there was no oxygen in the atmosphere. It only started accumulating around 2.4 billion years ago, in an event known as the Great Oxidation Event (or GOE). Curiously, daylength appeared to increase around the same time.

The scientists chose to investigate the Middle Island Sinkhole because it’s home to thick mats of microorganisms, which coat the lake bottom and thrive in low-oxygen conditions – much like the ancient bacteria inhabiting the early Earth. In the mats, there are three main groups of microorganisms, which live in perpetual competition with one another. Cyanobacteria (1) use light from the sun to perform oxygenic photosynthesis, which produces oxygen (O2). Purple sulfur bacteria (2) use light from the sun to perform anoxygenic photosynthesis, which means they consume a compound called sulfide (H2S), and do not produce oxygen. Sulfur oxidizing bacteria (3) are not photosynthetic at all. Instead, they consume sulfide and oxygen to produce other compounds.

Throughout the day, these microorganisms compete for resources. When the sun rises, both types of photosynthesizers (cyanobacteria and purple sulfur bacteria) migrate to the top of the mat to take advantage of the sun’s rays, while the sulfur oxidizing bacteria migrate downward to capture sulfide. The cyanobacteria begin to produce oxygen, which gradually builds up in the mat surface. When the sun sets, the sulfur oxidizing bacteria take over, migrating to the top of the mat and consuming the oxygen that was produced during the day. Then, the sun rises again, and the cycle starts all over.

The scientific team wanted to understand when and how much oxygen was being produced by these microbial mat communities. They inserted small microsensors into the mats at Middle Island Sinkhole to track oxygen concentrations.

The team indeed found that oxygen concentrations were highest during daylight hours – when the cyanobacteria were working hard. However, there was a significant delay between sunrise and the onset of oxygen production (because the photosynthesizers still needed time to migrate upward). Furthermore, the researchers realized that even once oxygen was being produced, it couldn’t immediately escape the microbial mat. It had to build up in concentrations high enough to bubble up and away.

That last point is important. Any oxygen that hasn’t escaped the microbial mat by the end of the day gets quickly consumed by sulfur oxidizing bacteria at night. The researchers concluded that if daylengths were shorter, there wouldn’t be enough time for oxygen to accumulate at concentrations high enough to escape.

The Power of the Tides

The experiments at Middle Island Sinkhole revealed that the longer the daylength, the more time that newly created oxygen had to escape the microbial mat and enter the water (and later, the atmosphere). The researchers calculated that daylengths longer than ~16 hours led to oxygen escape. And when in Earth history do we estimate that daylengths became longer than 16 hours? Around the time of the GOE.

If we imagine that these microbial mats were spread across the planet 2.4 billion years ago (as they likely were), the researchers argue that enough oxygen could’ve been produced globally to alter the composition of our atmosphere. The researchers also suggest we could use this information to inform our search for life on other planets. If a far-away planet has a very fast (or very slow) rotational speed, what does that say about the likelihood of finding life there?

This study provides a terrific display of the power of the tides. After all, they may have allowed for life as we know it.