Their fearsome appearance paired with a laid-back demeanor make sand tigers (Carcharias taurus) a species of contrasts; rows of teeth stick out of their mouth, but they are actually very docile. Not to be confused with the tiger shark (Galocerdo cuvier), the sand tiger shark is mainly a coastal species found in waters throughout the world. Although they go by many different names depending on the region (for example ragged-tooth shark, grey nurse shark), these are all the same species.

Sand tiger sharks, like other shark species, have what’s termed a “k-selected” life history. Think of this as having reproductive and growth rates similar to humans, where sharks mature at late ages, reproduce in small numbers, and live relatively long lives. Sand tigers have been observed to reach ages upwards of 12 years, reaching a maximum length at around 10 feet. Sand tiger sharks have a unique form of reproduction in comparison to other sharks. It’s called inter-uterine cannibalism, where the largest pup in the womb at a length of around 4 inches eats the other developing embryos, in true survival of the fittest fashion. Because one pup consumes the rest, sand tigers have a very low reproductive output, meaning they only produce one to two offspring every two or three years. This makes the population extremely susceptible to over fishing, given they can’t replace sharks taken out of the population very quickly. Evidence of this exact problem was seen in the 1970’s with estimates of population decline as high as 80-90%, prompting the National Marine Fisheries Service to prohibit possession of sand tiger sharks throughout their range (NMFS, 1999).

In the US, sand tiger sharks are found throughout the east coast, however little was known about their use of this wide range until the last decade. Perhaps if we knew more about their movement patterns and what areas are important for their survival, we could help assist  population recovery. To do just that, a study began in New England after many fishing reports of juvenile sand tiger sharks being caught in commonly fished local bays. As seen in Figure 1, the Plymouth, Kingston, Duxbury (PKD) Bay in Massachusetts and Point Judith in Rhode Island were sampled from 2006 to 2011 for these juveniles using conventional rod and reel fishing practices. After capture, sharks were surgically implanted with an acoustic tag (Fig. 2) that works similar to an EZ pass, where date and time is recorded when a tagged shark swims by a listening station or receiver. This type of tagging technology is extremely common among various researchers, creating a network along the US east coast of these receiver stations that can pick up any animal with an acoustic tag from any study (Fig 1.). Additionally some sharks were also tagged with a PSAT tag, a type of archival satellite tag that is attached near the dorsal fin. These were set to pop off the shark and relay location and depth data to a satellite after a specific period of time. Unfortunately there was a large amount of technological error with these tags with only three reporting data; nonetheless the information obtained is still very interesting.

Acoustic tracking data from the array of receivers throughout the US East coast has shown that these juveniles have a very unique and arduous migration path. Sharks were detected in New England waters in the summer and fall, spending their time in bays and estuaries foraging for prey like fish and crustaceans. However in the winter and into the spring the little sharks migrated down to the south to the coasts of Florida, Georgia, and the Carolinas (Kneebone et al. 2014). Data from one satellite tag that was attached to a particular shark for 275 days showed the same pattern (Fig. 3). That particular tagged shark measured in at a little over three feet and somehow traveled approximately 3680 miles! Not only does this show the interesting movement patterns of juvenile sand tiger sharks, but is also a testament to the tenacity of sharks. Additionally, the tagging research shows that some bays like PKD Bay in New England are extremely important seasonal nursery grounds for these species, with juveniles spending the majority of their time within these areas during the balmier months of the year (Kneebone et al. 2012).

It is important to note that these interesting migration patterns are specific to juvenile sharks, where adults are known to have different movement patterns. The adults are more closely concentrated in the mid-Atlantic region, with a large concentration around Virginia and Delaware. It is possible juveniles don’t spent time in the same areas as adults to avoid competition for food, or even predation of small juveniles by larger adults!

Overall this type of shark movement research can help scientists predict what areas are important for a shark population, increasing the effectiveness of management decisions toward the species; protecting areas where sharks grow or hunt as juveniles helps the overall health and stability of the population. Although we are still waiting to hear if PKD Bay will be listed as a NOAA Habitat of Particular Concern, the state and federal regulations that currently protect this species throughout its range are a great start. 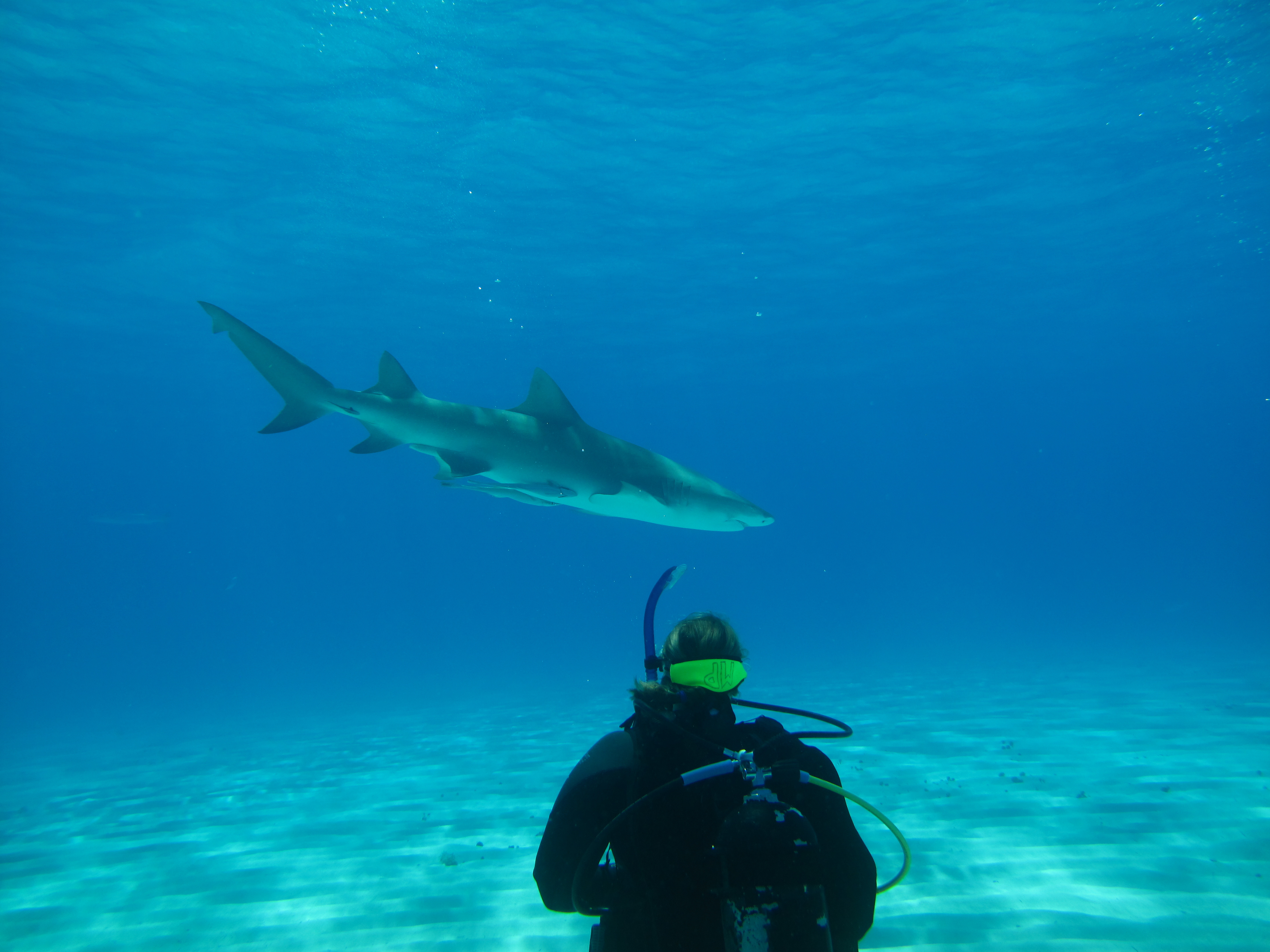