The Arctic has become a center point in the discussion of climate change, and with good reason. It is one of the most sensitive places on Earth in regards to its response to warming. The ocean plays a pivotal role in climate moderation, and understanding its movement is important to understanding sea ice decline and climate warming.

The water that is flowing into the Arctic from the Atlantic is warmer than it has been in the last 2000 years. However, it is difficult to know what ultimately happens to this incoming heat, mainly because it does not come in on the surface of the ocean; it sinks. The water from the Atlantic is saltier than the water of the Arctic (more ice = less salty water), and thus the incoming water is denser and will flow northward into the Arctic Basin underneath the surface water (Figure 1).

In order to understand what happens to this relatively warm, saline water and where it goes, some modeling must be done. Researchers from Bangor University and the Norwegian Polar Institute have taken a big step in the right direction. Their model is based on measurements of the rate of dissipation of the heat and turbulent kinetic energy (energy of motion) brought in by the Atlantic. The measurements were made by transect profiles taken across places like the continental shelf break north of Svalbard, Norway in both sea ice and open water conditions. Other transects were taken near Severnaya Zemlya, the Laptev Sea, the East Siberian Sea, and the Canada Basin. The profile measurements were taken with loosely-tethered free-fall velocity profilers deployed from a ship. The profilers also took temperature and salinity measurements at different depths along each transect. In total, the researchers could use information from 84 profiles collected during 5 surveys between 2008 and 2013 to estimate heat fluxes and turbulent mixing in the Arctic Ocean (Figure 2).

Their model shows that the Atlantic Water (AW) flows into the Arctic Ocean between 40 and 200 meters deep. At the middle of this flow, the water is about 4°C warmer than the overlying, colder, relatively fresh water. This drastic change in temperature in the vertical water column is called a “thermocline,” and acts a barrier for upward heat flow. In this case, the thermocline also acts as a “halocline” – a drastic change in saltiness of the water layers. This layering phenomenon is called stratification. Thus, because the warm AW influx is warmer and saltier, the water remains stratified in the absence of turbulent vertical mixing, and the heat is not released to the surface ocean, sea ice, or atmosphere and climate.

It gets even more complicated. The sea floor is not completely flat. If you were to look at a map of it, you’d see that it has mountains, ridges, valleys, and slopes like dry land does. These features – which together make up the seafloor “topography” –  have an influence on the flow of water around the Arctic Ocean, like wind on the continents. The model observes that there is enhanced mixing of these different water layers over rough topography, particularly over continental slopes near the Svalbard and Severnaya Zemlya archipelagos. As the AW circulates around the Arctic Basin in boundary currents (Figure 1), the thermocline barrier between the warmer and cooler waters is progressively eroded, allowing more mixing to occur.

The main sources of kinetic energy that drive turbulent mixing in oceans are usually winds and tides. However, the model showed that sea ice on the surface of the Arctic Ocean has little affect on the results. Because the dissipation of this heat is not sensitive to sea ice conditions – and wind would not be a factor in sea mixing if it is blocked by sea ice – this leads the researchers to believe that wind is of lesser importance in supplying the kinetic energy to mixing at depth in the ocean.

That leaves us with tides. The researchers’ model confirms that tidal forces enhance energy dissipation rates along the continental slopes, and generate the vertical mixing in the water column. While previous studies have supported the notion that enhanced mixing happens near rough topography, this study is the first to give evidence that both topography AND tides control the AW mixing rates.

So how can tides cause result in the largest mixing energy at these latitudes? Above 74.5°N, the rotation of the Earth prohibits the formation of tides that we are used to at lower latitudes, and instead, the waves formed by tidal forces are thought to be similar to lee waves (Figure 3). Lee waves are stationary waves on land that form after passing over a mountain or other topography, and cause updrafts, downdrafts, and turbulence. Underwater, the high-latitude Arctic tidal forces act in this way, causing vertical mixing along topography such as the continental slope.

With so many components accounted for, the model can be used to estimate the magnitude of the heat fluxes across the thermocline between the AW and the cold Arctic water brought on by turbulent mixing. The heat fluxes calculated for the continental slope poleward of Svalbard and Severnaya Zemlya are over two orders of magnitude greater than what they calculated for the central Arctic Ocean. Model results also suggest that the retreat of seasonal sea ice coverage could lead to more energy transferred to the system from the atmosphere, subsequently increasing currents in Arctic gyres, and growing the geographic extent of turbulent mixing to regions of rough topography where presently flows are too weak to induce lee wave formation. All in all, this model will allow researchers to more accurately predict the Arctic Ocean sea ice response to climate change, and what the impacts could be on heat transfer to the atmosphere. 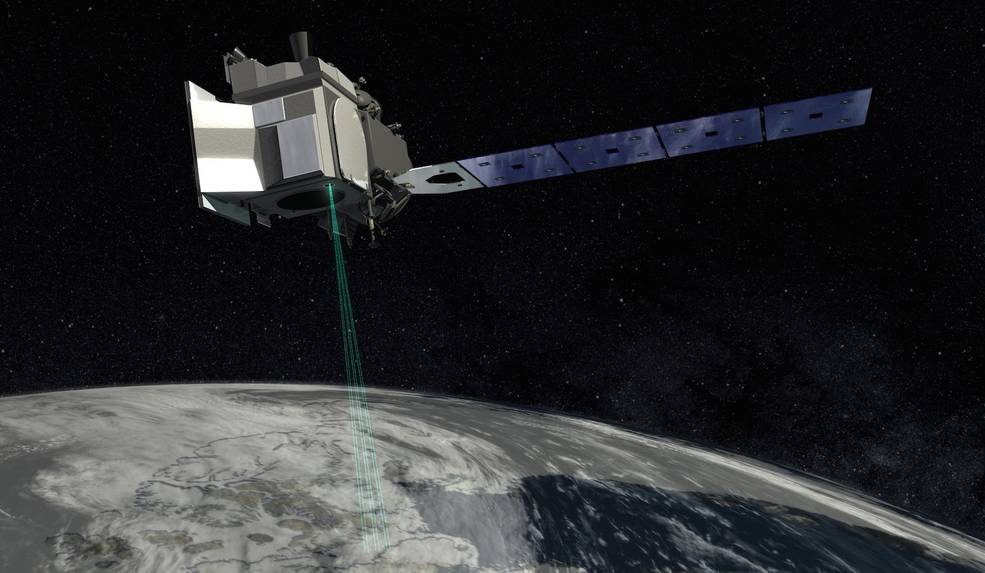 4 thoughts on “Stirring the Pot: Energy and Heat Flow of the Arctic Ocean”