When I first saw the email stating that the oceanbites theme week would revolve around why we are thankful for the oceans, my mind flew back to my grade school celebration of the first Thanksgiving. We dressed up as Pilgrims and Native Americans, ate traditional dishes from the first Thanksgiving, and lined up to state what we were thankful for in front of the whole class. I think I said I was thankful for my birds or something like that. I signed up to write thinking I would pass off a similarly shallow and comical little piece about why I’m grateful for the oceans, nothing too profound, an adult version of the bird answer.

And then I sat down to write this. And alllll the feels arrived. I realized that I am grateful for the ocean, today and everyday, because its very existence has drastically affected my life and the lives of every single creature on the planet. Needless to say, this article took a sharp turn from flippant to serious, folks.

Most obviously, I’m grateful for the ocean because it has lured me into a lifetime dedicated to scientific exploration of its biological and chemical enigmas. My childhood obsession with sharks has blossomed into boundless curiosity that I hope propels me forward into a successful and productive career as an oceanographer and ecologist. So far, this curiosity has kept me going through innumerable sleepless nights of school work and research, juggling of multiple jobs, friends and boyfriends who didn’t understand why I can’t settle down and stop going to school, and ever- looming student loans.

Beyond the professional motivation, the ocean is perhaps the greatest source of serenity for my brain, that otherwise has a hard time shutting up. A swim, a surf, a dive, a walk along the shore…any time spent in or near the ocean leaves me refreshed, happy, peaceful, and ready to take on the world. Finding such tranquility is amazing in itself, but the ocean also leaves me with such a sense of wonder and awe, an increasing rarity in today’s fast-paced world. Day to day I am bombarded with information, social media updates, news and headlines…if I want to know how to make wine or what was going with 6th century monks, Google has me covered. This information overload can sometimes make the world seem small, limited, with few things left to be amazed at…and then there’s the ocean. It’s unfathomably vast, powerful, and mostly unexplored. People who have spent their entire lives studying it or living on it will readily admit humans mostly don’t know what the heck is going on with it, with some obvious exceptions for great science. Think you’re a tough guy? That won’t last for long in the midst of the sea; the ocean can send along tremendous waves and winds that will humble and scare the saltiest of salty sailors. To me, the presence of this huge, powerful unknown at our very doorstep is so awe-inspiring and humbling, in an iPhone world where it can be really hard to feel those emotions.

Beyond these personal ponderings, I am grateful for the ocean because of the ecosystem services and resources it provides to me and every single creature on the planet. Humans derive an inestimable amount of nourishment and economic value from the ocean; at least 16% of the world’s population (over 1 billion people) directly rely on fish as their primary source of protein (WorldBank). With this exploitation of the oceans for food comes jobs and livelihoods; with very little effort I can personally name over 100 people in my life whose jobs are dependent on the ocean in some way. In fact, 61% of the world’s total GDP comes from regions within 100 km of the coast (WorldBank). That’s nuts when you think about it. Take away or seriously compromise the ocean, bam, the whole world goes bankrupt.

And finally, I think the last reason I’m grateful for the ocean stems from its role in regulating our climate. Life as we know it has existed and flourished in an extremely narrow temperature margin; modern human civilization has arisen over about the last 12,000 years, enjoying temperatures stable to within about +/- 1.5˚ C over the course of the Holocene. This vital temperature stability is in large part sustained by ocean circulation and the buffering capacity of the ocean. You, me, your dog, your aunt Edna, the fruits and veggies you eat, the trees in your backyard, the weird lizard you tried to keep as a pet when you were six, the sharks cruising the shore, the whole kit and caboodle of flora and fauna we know today would likely not exist (or would exist under very different circumstances) if we didn’t have the ocean silently and unwaveringly keeping the climate stable for our comparatively fragile selves, at least for right now.

And here my gratitude gets even more sappy. With its multi-faceted role to so many as professional motivation, personal therapist, gym, aesthetic relief, food source, job foundation, transportation, and climate guardian, the ocean is in a sense a great commonality, a providing thread that weaves together each and every living creature on this planet. Thinking about this is like an instant Hallmark moment for me, prompting mental images of sharks and people and puppies and daisies grinning and holding hands while Michael Jackson’s “We are the World” is on replay. With that outlandish mental image in mind, suffice it to say that I am grateful as all get out for the role the ocean plays in my life and the greater role it plays for all creatures. I hope today that each and every one of us can take a minute to be thankful for those around us and the amazing ocean that sustains us everyday . Happy Thanksgiving! 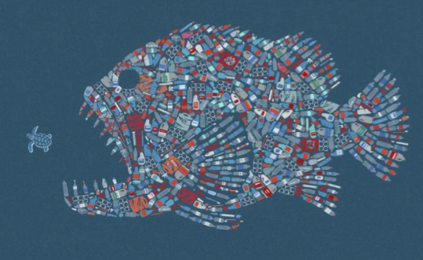 One thought on “The sappiest oceanbites article you may ever read: one author’s ponderings about gratitude for the oceans”