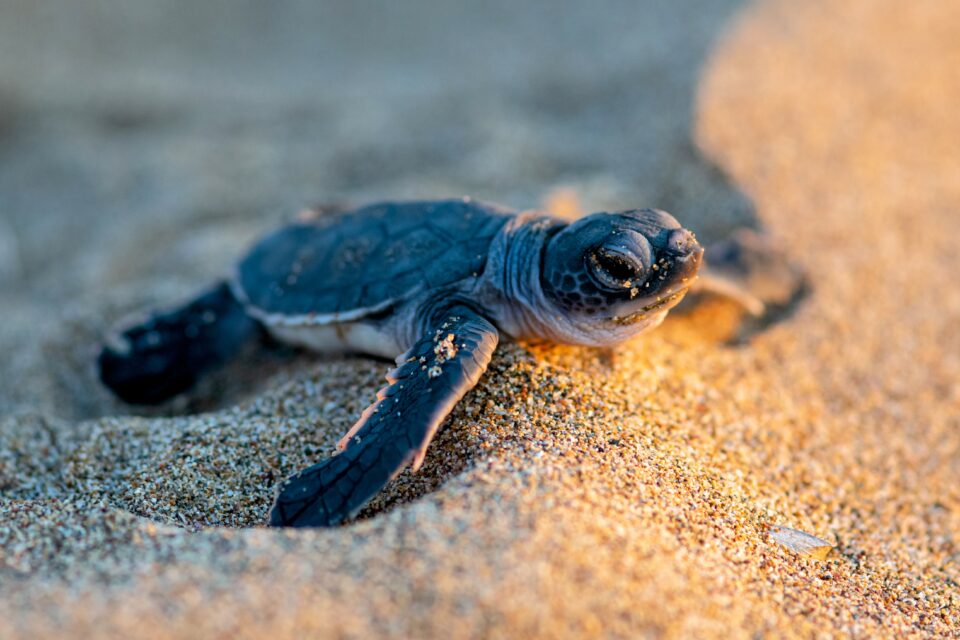 Clambering across a narrow strip of beach is perhaps the most terrifying journey in the life of a sea turtle. Especially an endangered one.

New hatchlings, the size of a mouse, emerge from sandy underground nests in the night and in the wee hours of the morning, they head for the surf. Before reaching the water though, they must evade hungry seabirds and poachers, among many other obstacles. These days, they also need to avoid getting disoriented by light pollution.  About one in 1,000 to one in 10,000 make it to adulthood. 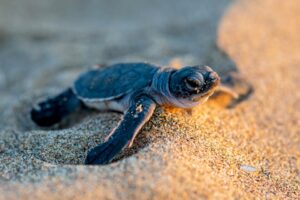 To help hold up unwell populations of sea turtles, turtle conservationists in hotspots around the world camp out at turtle nests around the time when the hatchlings are predicted to emerge, to help shepherd them toward the waves. However, predicting the time at which this will happen is a bit of a guessing game.

So, Dr. Clabough and team decided that there must be a better way. Over the last several years, they developed a sensor, disguised as a turtle egg, that could make this trip a little safer.

A team of self-described tech nerds decided to find a more accurate way to predict when the turtles would emerge. Since 2013, they began testing tiny sensors inserted in turtle nests at the Cape Hatteras National Seashore.

Turtle nests can lie quietly for two months before budding. The rush often comes in a sudden eruption of baby turtles known as a boil. Today, nest-watchers rely on estimates of how long turtles typically take to hatch. They also keep an eye out for a growing divot in the sand, indicating that the turtles below are digging their way out.

Between 2013 and 2017, the team placed the sensor egg, dubbed TurtleSense, in 74 loggerhead turtle nests along with several green and olive ridley nests, at Cape Hatteras. Then, they watched what happened. 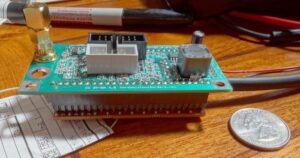 The sensors revealed a clear crusade pattern as the eggs matured. The nest grew fidgety as the turtles pushed their way out of their shells, usually starting 46 to 53 days after the eggs were laid. That effort was followed by a intermission that commonly lasted 1.5 days. Then came the final mad dash to the water, the scientists and inventors reported in October of 2022 in PLOS One.

The device, which costs around $300 per nest, offers a comparatively inexpensive way to zero in on when the hatchlings are likely to head for the water, the scientists wrote. “As an automated system, TurtleSense can accurately predict hatching events and send alerts to wildlife managers and researchers.” 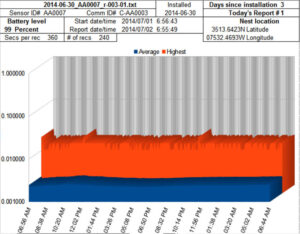 Image Source: Turtle Sense, data from the first report in 2014

The sensors were more accurate than human observers in several ways. They can tell when the eggs in a nest haven’t survived (not all do), so people no longer need to police it. It also turns out that the sand depressions aren’t a terribly accurate way to know when the turtles are about to emerge. These indents were found in only 45% of the nests monitored for the research.

If anyone wants to pick up the egg and run with it, so to speak, Wantman is ready to hand it off. “It would need some serious reengineering,” Wantman said. “But I’d be happy to work with someone to give them what we’ve got. 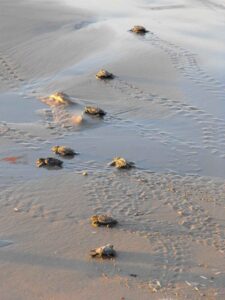