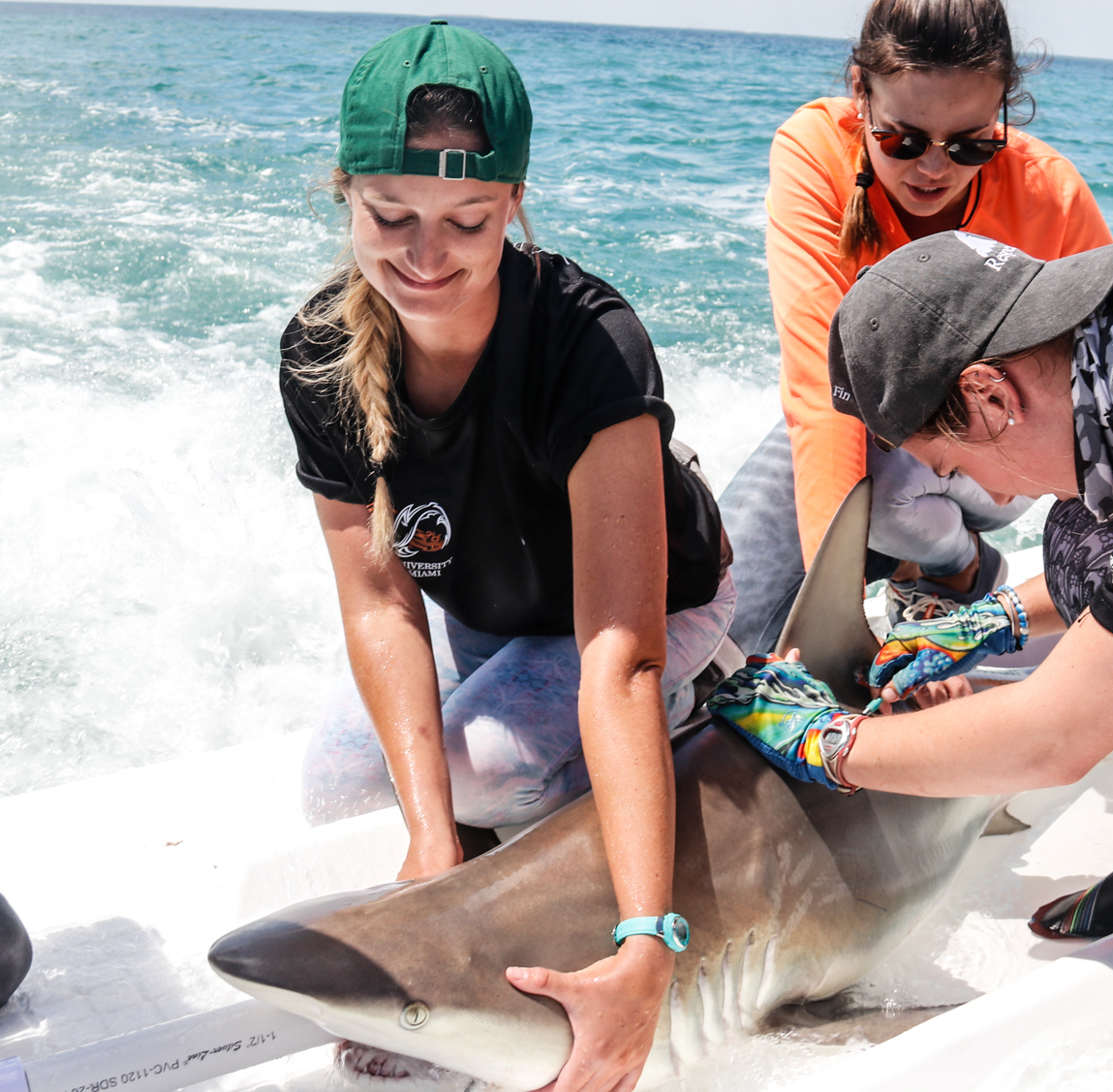 This article is part of a collaboration between Sharkbites Saturday and the Shark Research & Conservation Program (SRC) at the University of Miami.

This contribution comes from Chelsea Black, a master of professional science candidate in marine conservation focusing on shark immunology.

The life history traits of sharks leave them highly susceptible to exploitation and depletion rates that far exceed their natural recovery potential, forcing many species to race against the clock of extinction. Sharks are slow to reach sexual maturity, have long gestation periods, and reduced fertility. Together, all of these factors result in many populations becoming depleted without an ability to bounce back after fishing pressures.

Declining shark populations is of particular concern due to the abundance of emerging evidence that supports their important role in the ocean ecosystem. There is evidence that the absence of apex predators, such as sharks, may affect the ability of coral reefs to recover from disturbances, as well as promotes the outbreak of crown-of-thorns starfish which have detrimental impacts on reefs (Speed et al. 2018). In addition, there is evidence that certain shark species are a valuable tourism resource that provide significant benefits to coastal and island economies (Hammerschlag et al. 2018).

Unfortunately, there is a lack of understanding of the rate at which populations of reef sharks may recover from over-exploitation. This leaves a gap for management strategies, as there are no “baseline” measurements to compare shark abundance. It would be extremely hard to determine that shark populations are on a rise in a specific location, if there is no baseline information on what the populations previously were. To say with certainty that a population of any species has “fully recovered” it must be comparable to something, and there must be an end goal.

A study published this year by Speed et al. (2018) provides some of the first data on the recovery rate of reef shark populations within a coral reef ecosystem. Coral reef systems in Western Australia provide an area of natural experiment to examine the recovery of Carcharhinus ambylrhynchos, the gray reef shark (Figure 1), from over-fishing and the role of Marine Protected Areas (MPAs) in the aid of their recovery. Prior to 1988, Ashmore Reef (Figure 2) was subjected to both targeted commercial shark fishing as well as legal and illegal subsistence fishing by Indonesian fishermen (Speed et al., 2018). A no-take MPA was then established but only enforced through occasional monitoring between 2004 and then monitored by a government vessel beginning in 2008.

The use of Baited Remove Underwater Videos (BRUVs) (Figure 3) in 2004 was used to determine reef shark abundance, and then again in 2016 at the Ashmore Reef location. The abundance of reef sharks was 4.6 times greater in the year 2016.

The results of this study suggest that the establishment of a no-take MPA can aid in the recovery of certain shark communities at all trophic levels with adequate enforcement, and at rates far greater than previously expected. These results are encouraging for the sake of our healthy oceans, and also remind us that both the benefit of protected marine areas, and the recovery potential across shark species should be individually examined to determine success. The fact that the abundance of shark populations increased exponentially after the MPA was properly enforced shows that the establishment of a protected area is essentially a “paper tiger” that sounds threatening but in reality, is ineffectual without proper enforcement. With proper enforcement, even small MPAs have the chance to help many shark populations rebound from heavy exploitation.