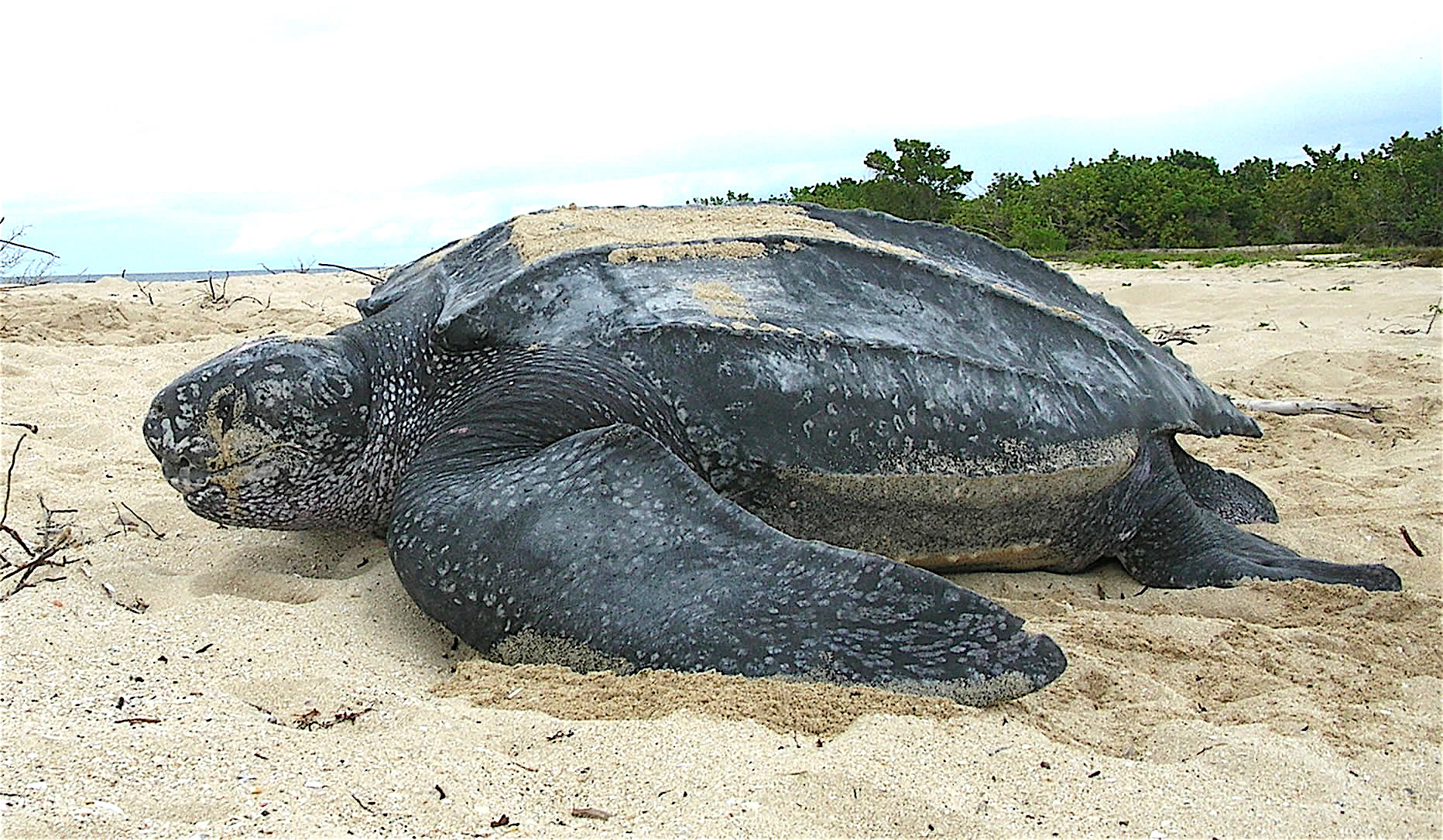 The leatherback sea turtle is the largest living turtle on the planet, with a shell covered in a thin layer of leathery skin. The largest leatherback ever recorded weighed 2,019 pounds, and yet this behemoth lives on a diet composed almost entirely of jelly – gelatinous zooplankton that is. These endangered sea turtles travel up to the Atlantic Canadian coast during the summer in search of a tasty treat. In fact, leatherback sea turtles are believed to get between 29-59% of all of the energy they need for the whole year from eating jellyfish in Canada. In order to better understand the link between jellyfish populations and leatherback movement, scientists enlisted the help of 104 citizen scientists to gather data on stranded jellyfish. The results could aid research on leatherback sea turtles for years to come.

What is a citizen scientist?

A citizen scientists is any member of the public who helps contribute to scientific studies and a larger base of knowledge. There are so many ways for people who don’t work in a lab as a day job to contribute. It can be anything from keeping a record of the bumblebees you see to counting river herring in videos that scientists post online to wandering a particular stretch of coastline identifying jellyfish. It’s a fun way to stay in touch with nature in your community, but also to make a difference in the world. While some of the tasks may seem small, when information from all the citizen scientists is combined, you get a powerful tool that is invaluable to scientists.

The citizen scientists volunteered either with Dalhousie University or the Canadian Sea Turtle Network and were assigned a stretch of beach in either Nova Scotia, New Brunswick, or Prince Edward Island. Each participant surveyed their stretch of beach once a week at low tide, counting the number of stranded jellyfish they found, identifying the species when possible, and measuring the diameter of the jellyfish bells, or the circular body of the jellyfish. Before they started, each citizen scientist was mailed a special kit, including a jellyfish identification key, datasheets, gloves, and a tape measure. People who didn’t participate in a weekly survey could also email the project lead with pictures and descriptions of jellyfish they had found on the beach. This was often how the scientists learned about some of the more rare species that washed ashore.

The researchers combined the data collected by the citizen scientists with other longer running datasets. Trawl data from Fisheries and Oceans Canada was used to mark presence or absence of jellyfish caught in the trawl and also the wet weight, or biomass, indicating how many jellyfish were floating around. Because the number of jellyfish is believed to be affected by temperature and the number of phytoplankton available, sea surface temperature and chlorophyll (a measure of phytoplankton) was gathered from satellite data.

They also tagged 11 leatherback sea turtles, tracking their movements by satellite as they visited the area 19 times between 2004 and 2017. This helped the researchers to determine the months when leatherbacks are looking for food in Canadian waters. They also factored in when leatherback turtles were spotted by people out and about, called opportunistic sightings.

A tale of two jellies

While the data is interesting, the likelihood of finding stranded jellyfish went up significantly with volunteer effort. This makes sense – when more people are surveying the beaches, you are more likely to find what you are looking for. This means that while this data can serve as a good glimpse into the seasonality of jellyfish, it is important to keep in mind that the trends may have something to do with the fact that the beaches may be nicest between July and August, luring more volunteers than say May or November.

Time to chow down

It seems that hungry leatherback sea turtles are following the jellyfish through Canadian waters. Of all the leatherback sightings, most occurred in either July or August along the Scotian Shelf. Further north, in the Gulf of St. Lawrence, the leatherbacks were found most frequently in August and September. In the Scotian Shelf, trends in sightings for leatherback turtles tended to reflect the number of lion’s mane jellyfish sighted with a lag of about 2 weeks. However, in the Gulf of St. Lawrence, the relationship between jellyfish and sea turtles wasn’t as clear. Either way, leatherback turtles are detected in Canadian waters in the same months that higher numbers of jellyfish are recorded.

Going forward, the efforts of these citizen scientists has helped establish a baseline for understanding jellyfish populations in the Atlantic waters of Canada. This is essential as scientists and lawmakers work to protect leatherback sea turtles, which have been declining in recent years. It is a wonderful example of how the combined efforts of the public can be used to understand the natural world, and how one person can make a difference, even just walking up and down a beach.