With climate change expected to increase the severity of summer storms and expand species’ home ranges towards the planet’s poles via rising temperatures, understanding the impact of, and interaction between, physical (abiotic) and biological (biotic) factors on an organism’s fitness is of great importance. Historically, when assessing foraging behaviors in seabirds, scientists have relied on biotic factors—such as prey availability and competition for resources between predators. In contrast, this recent study by Elliott & Gaston sought to highlight the influence of abiotic factors by observing a colony of Low Artic thick-billed murres (Uria lomvia) on Coats Island, Nunavut. Weather conditions, tidal currents, and light availability were of primary interest to see how these birds altered their diving behavior when searching for food.

Thick-billed murres are visual predators that will readily eat amphipods (small crustaceans), sandlance, or cod. Many of the preferred prey items perform migrations within the water column over the course of the day, requiring a degree of malleability in the foraging behavior of the birds. Additionally, wave action, tides, and levels of light intensity all affect visibility and access to prey beneath the water’s surface. Intense storms can generate waves that prohibit murres from accessing prey, tidal currents can alter the availability of preferred prey, and light availability will limit the depths to which murres can successfully locate and capture prey. Therefore, Elliott & Gaston hypothesized that high wind speed (and greater wave action) would reduce dive frequency, tide height would increase dive depth, and limited light availability would reduce dive depth and duration.

The monitoring of the murre colony spanned 1998-2011; every year from July 15th -August 15th a minimum of three continuous 24-hour watches occurred during which prey items were remotely counted by researchers visually assessing incoming murres returning from dives to one of approximately 30 colonies. The most identifiable prey items were fish or larger benthic organisms. Ingestion of small prey like amphipods was confirmed by stomach content analysis in a separate study.

From 2004 to 2009, 210 adult, breeding birds with chicks 3-15 days old (that is, chicks requiring constant feeding) were tagged with time-depth recorders to note frequency, depth, and duration of dives while out foraging.

Weather conditions (temperature, rainfall, barometric pressure, wind speed, and wind direction) were recorded both at the study site and at the nearby community of Coral Harbour. Additionally, periods of twilight were recorded for each day of observation. The geographic location of Coats Island (Fig. 1) places it just south of the Artic circle; during summer, true darkness at night is exceedingly brief.

Of the abiotic factors (tidal currents, wave action, and light availability) examined, light availability was the only component that significantly impacted dive depth of the thick-billed murre. Dives tended to be longer and deeper when light intensity was higher, although the overall number of dives made during peak light was lower. As seen in Fig. 2, dive depth was closely linked to time of day; the only significant difference noticed was between males and females. Previous work had already established that males foraged during the night while females foraged during day. Aside from this divvying of foraging times, female birds continued to dive deeper than males later in the day. This suggests that the preferred prey items have been separated between males and females, along with the foraging times. Females may have specialized on the deep-water prey (fish) that is available at their foraging time, while males may have specialized on amphipods that are actively migrating up and down in the water column.

Indeed, the natural migratory patterns of prey were also reflected in the catches of diving murres. Delivery of high-energy foods like sandlance peaked in the early hours of the day while benthic organisms were delivered primarily in the middle of the day (Fig. 3). These catches were also affected as the season progressed, as schooling fish were harder to catch during stormy weather, or as local stocks were depleted.

While these results may seem trivial, this study highlights the importance of considering abiotic factors when assessing population fitness. Coats Island is a remote study site, and few monitoring programs are in place to provide insight into the health of the Arctic ecosystem or this part of Hudson Bay. When reflecting on the predicted climactic shifts expected in the coming century, fundamental knowledge about the malleability, specialization, and robustness of foraging behaviors becomes crucial. Data like this provides hints as to the success of a species; if the thick-billed murre does press further north and appropriate prey are there, the light of the summer night should be more than enough for them to see by. 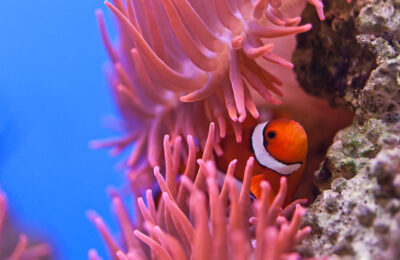