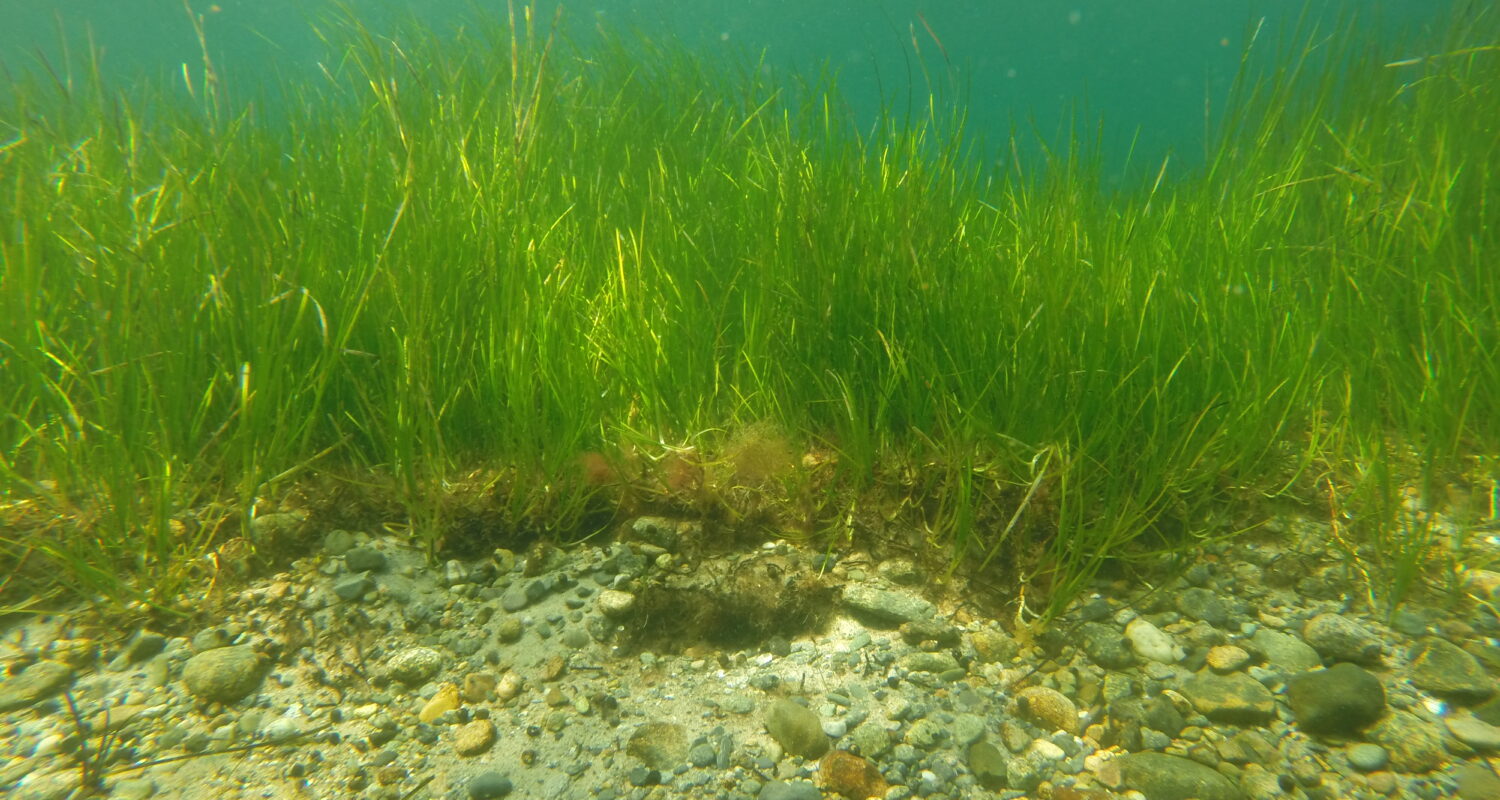 Many marine species will need to demonstrate their resiliency in the coming decades as climate change impacts ripple through marine environments. Ocean acidity is rising, ocean circulation patterns are changing, and marine heatwaves are becoming more common. In a recent study by researchers at the University of California, Davis, eelgrass (Zostera morina) was tested for its capacity to respond to a changing environment (its “adaptive capacity”). Adaptive capacity is one aspect of resiliency because it describes how well a species can recover from a disturbance. By measuring the eelgrass’ adaptive capacity, the researchers can determine how resilient it is to future change.

Climate change impacts on resilient populations of a marine species

Climate change can have different impacts on populations within a species. This means that one local population (for example, Z. morina eelgrass in Monterey Bay) may have higher adaptive capacity than another population of the same exact same species that lives in a different area (Z. morina in San Diego Bay).  The UC Davis researchers decided to look at how different populations of eelgrass can respond to marine heatwaves. They proposed that heat-tolerant populations of eelgrass may already exist due to frequent exposure to marine heatwaves in some areas. These populations are more likely to be locally adapted to stress caused by heat and would therefore have greater capacity to respond to higher temperatures. In other words, these populations should have higher adaptive capacity.

Many marine species, such as corals, have been identified in previous studies as having populations with varying levels of heat tolerance. This population differentiation can even occur on spatial scales as fine as meters to kilometers because temperatures can vary on scales of meters to kilometers, especially in nearshore environments. So, the UC Davis authors have strong reason to believe that populations of eelgrass can also exhibit varying levels of heat tolerance.

The researchers then completed a year-long reciprocal transplant experiment, where eelgrass shoots from each site were transplanted to each other site and monitored for growth. This reciprocal transplant experiment was paired with garden experiments that could test the impacts of temperature on each of the three populations. In these experiments, shoots from each site were placed in six aquaria that allowed the researchers to control the water temperature. Three of the aquaria were kept at the average July temperature of the Millerton Point site (the warmest location in Tomales Bay) and three were kept at cooler temperatures characteristic of the Nick’s Cove and Blakes Landing sites. The researchers then monitored the growth of the shoots over one month.

Do eelgrass populations have different levels of adaptive capacity?

The results of this study indicate that eelgrass populations do have varying levels of heat tolerance based on the environmental conditions where they live. The results of both the transplant experiment and the garden experiment indicated that the eelgrass samples that originated from the site with the warmest temperatures, Millerton Point, grew best under elevated temperature conditions.

In the transplant experiment, these results appeared in the form of “homesite advantage”, meaning that the Millerton Point plants grew best at the warm Millerton Point site whereas the Nick’s Cove and Blakes Landing plants grew poorly at this site. In the garden experiment, these results appeared in the observation that the growth rate of the shoots from Millerton Point did not differ among temperature treatments. In contrast, the Nick’s Cove and Blakes Landing shoots grew 40% less under the warm temperatures compared to the cooler temperatures that are characteristic of their homesites.