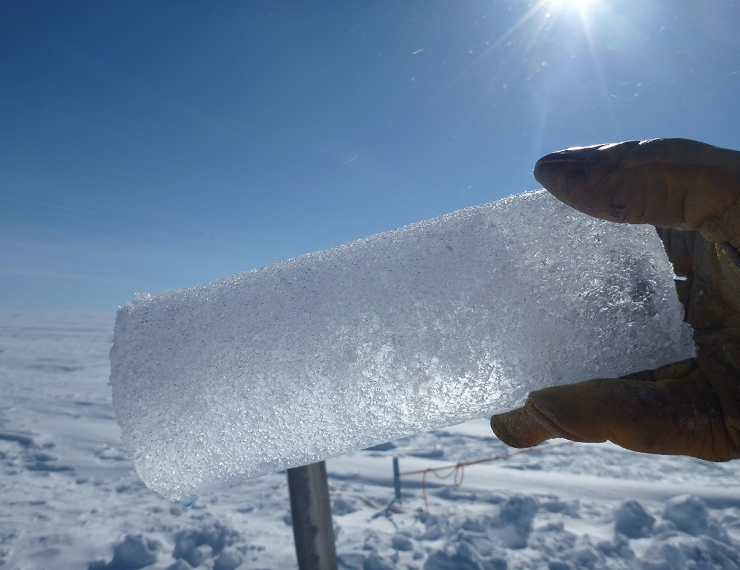 Water is a super-sponge of heat

On hot summer days, we often run to the beach or swimming pool to cool off and relax, but did you know that our planet also stays cool thanks to the global ocean? Our oceans play a crucial role in regulating our global climate, in large part because water has a uniquely high heat capacity. A substance’s heat capacity refers to how much energy is needed to raise its temperature by some amount. Water has a much higher heat capacity than air and can therefore store a lot more heat energy before feeling hot. This is why room temperature water can thaw frozen chicken so much faster than air!

As our planet warms due to increased greenhouse gas emissions, most (more than 90%) of that global warming heat is actually being absorbed by the oceans. We have the oceans to thank for reducing the effect of global warming but we don’t fully understand how global warming will affect the oceans themselves. Factors such as sea level, ocean circulation, and even the ocean’s ability to store heat could change in response to changes in Earth’s climate.

Unfortunately, we don’t have multiple copies of planet Earth to run experiments on and answer these questions but we can look into the past and see how the oceans responded to natural climate change. This was the motivation for Shackleton and others at the Scripps Institute of Oceanography to study how global ocean heat content varied between 130 and 120 thousand years in the past.

It may be hard to imagine what Earth was like 130 thousand years ago, but scientist actually have a pretty good idea of the overall climate thanks to sediments and fossil records. During this time, the Earth transitioned from a cold ice age to one slightly warmer than today in just a few thousand years. That may seem long but it’s actually a blistering fast change for our planet!  This entire period is known as the Last Interglacial Period. Shackleton and others hope that by studying how ocean heat changed during this natural climate transition, we can better understand how our current climate change will affect the oceans.

To measure the amount of heat stored in a material, you can directly infer from its average (or mean) temperature. However the oceans are not well mixed throughout and it’s difficult to obtain an average temperature of all the seawater in the world.

In fact, the oceans are actually heavily stratified into two layers: a surface layer of warm water that’s in constant contact with the atmosphere and below that a layer of deep water that is much colder. The only places these deep waters “catch a breath” and mix with the surface waters are at regions of deep-water formation off the coasts of Antarctica and Greenland. Not only do the two layers have very different temperatures, the surface layer is much thinner, making up only 10% of the ocean by volume, while the deep ocean fills 90% of the ocean. This means that ocean surface temperatures can’t be used to calculate ocean heat content because they only represent the “skin”of the ocean and not the average ocean.

Climate scientists can indirectly determine the mean ocean temperature from long ice cores drilled from Antarctica .These long sections of ice go back hundreds of thousands of years and all throughout the core are tiny bubbles of air trapped in the ice that record the atmosphere from when the ice was form (see fig 3 below).

Researchers at Scripps crushed sampled ice from to the Last Interglacial Period, releasing the ancient pockets of air and then carefully measures the noble gases concentrations. From there, they would be able to tell the mean temperature of the ocean at that point in time.

Looking forward and beneath (the surface)

In addition to the correlation with Antarctic temperatures, the researchers found that the peak in mean ocean temperature coincided with a time when global circulation of the oceans restarted after a period of slowdown. The authors theorize that a slowdown of circulation leads to a buildup of heat in the deep ocean and recovery of this circulation releases the heat out of the oceans.

This study of the Last Interglacial Period provided insights that will improve our climate model projections of the future and the ocean’s role in it. Regions of deep-water formation and ocean circulation are key factors that affect global ocean heat content, however more research of polar climates and ocean dynamics is necessary to better understand the ocean’s future role in climate change.