Finding food in a warming world

Crush, the sea turtle in Pixar’s Finding Nemo could not have looked more content in the warm water of the East Australian Current as it carried him and his turtle friends south from the Great Barrier Reef toward Sydney. But not all marine animals share Crush’s temperature preferences. The East Australian Current brings warm water from the equatorial region to Australian coastal waters, and as global temperatures warm, the temperatures in this current are increasing at a rate faster than the global average.

A group of researchers led by Gemma Carroll at Macquarie University in Sydney designed a study to understand how ocean conditions influence food availability for penguins. They attached satellite GPS and accelerometer tags to little penguins (that’s the common name for the species Eudyptula minor which breeds in southern Australia and forages for food in the coastal waters) to track where they go to find food. The data revealed that the penguins tend to forage for food in cooler-than-average water and that they catch more food in cool water compared to warm water.

Following a penguin to the dinner table

Penguins nest in colonies on land, but they are pescatarians, foraging for small fish, squid, and krill out at sea. Figuring out what a penguin eats and where it catches its meal is tricky. Typical foraging trips can last a couple of days. Historically, researchers have been able to find out what penguins eat by taking diet samples, which is a nice way to describe the pretty rude practice of emptying the stomach of a parent penguin after it has come back from a foraging trip to feed its chick. (Imagine spending two days grocery shopping to feed your family only to have everything stolen when you return home!) This information has been incredibly important, and combining it with data from GPS trackers lets us know where a penguin goes and how long it stays out before coming home with a full stomach. But it doesn’t give us any information about exactly where or when during its trip the parent catches its food. Is it far from the coast or close by? Is it in warm water or cold? Only very recently have scientists developed a way to use tags to detect the moment when a penguin catches its food. A few years ago, the authors of this study published a method for using acceleration data to determine when a penguin is actively handling food.

Your phone uses acceleration data when it changes the orientation of the display when you flip it horizontally. Your flipping motion has a particular pattern of acceleration in three dimensions that tells your phone that you want a wider view. Prey handling also has a distinct acceleration pattern. To figure out what it was, Carroll and her colleagues attached accelerometer tags to little penguins at the Taronga Zoo in Sydney. The captive setting allowed them to watch penguins as they swam, went after prey, and actually handled it, and then compare these actions to patterns in the acceleration data. Prey capture events happened on dives that were longer and deeper, with faster diving and climbing speeds, and more wobbling at the bottom of the dive (Fig. 2).

This was a huge advance in understanding penguin ecology because it allowed the researchers to investigate the environmental conditions that determine whether a penguin will get a meal. In this study, the authors paired the accelerometer and GPS tag data with satellite observations of sea surface temperature. They were able to see which environments the penguins spent time in while they were out foraging and which environments the penguins caught their prey in.

Where is the dinner table?

Little penguins eat small fish, squid, and krill, collectively called “forage fish,” which all have populations that are affected by environmental conditions. Their numbers can grow quickly when conditions are good, but they can just as easily collapse when conditions are bad. Sea surface temperatures off the coast of southern Australia vary with the seasons and with the position of the East Australian Current (sometimes it comes in closer to the coast than at other times) and these variations probably affect the populations of prey for the penguins. When the ocean conditions are best for the forage fish, there will be more food available for the penguins.

Penguins were tracked during the breeding season in three consecutive years. Mapping the GPS tracks of their foraging trips on top of sea surface temperature data revealed that penguins much preferred cooler temperatures (Fig. 2). When cold water extended a bit farther north like in September 2012, the penguins went north (Fig. 2A). Just a few months later when the northern waters warmed up, the penguins remained farther south (Fig. 3B and C).

So the penguins spent more of their time swimming around in cooler waters, but where were they catching their food? The accelerometer data revealed that more catches were made in areas with cooler-than-average temperatures (Fig. 4). Of course, this could be due to the fact that they spent more time and made more of an effort to catch food in areas with cooler temperatures, so the researchers took effort out of the equation. Catch per unit effort was also higher when sea surface temperatures were cooler. In fact, the highest total catches and catch per unit effort for each of the three years studied was in the 2012, the coolest overall year in the record (Fig. 5).

What does all this mean?

Little penguins clearly have a temperature preference for where they choose to forage, and this seems to be driven by the relatively narrow range of temperatures in which they are successful at catching prey. The forage fish that penguins consume are sensitive to changes in ocean temperature and, as waters warm, they may become less abundant or have to move to more suitable environments. They’ll have to adapt to, not only for their own survival, but for the survival of their little penguin predators. 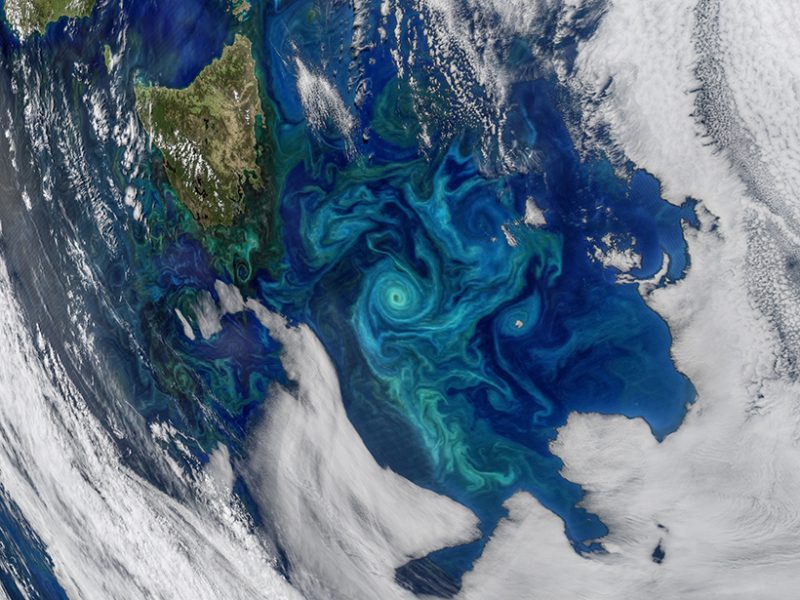 One thought on “Little penguins have little tolerance for high temperatures”