Life, death, and methane at the coast

Coastlines around the world support an enormous amount of life.  Coastal waters receive a lot of sunlight and nutrients compared to the open ocean, providing a favorable habitat for photosynthetic algae to grow. In turn, these organisms support a complex food chain that extends all the way up to fish and humans.

Of course, all life must die; and when it does, it sinks. The detritus that reaches the seafloor is converted by microorganisms to methane, which then bubbles back up through the water column towards the atmosphere. Coastlines in particular are so productive that they produce 75% of the methane coming from the ocean, even though they cover only 15% of the ocean’s area.

How much do hungry microbes breathe?

The biggest unknown for scientists is not how much methane is being produced in the seafloor, but rather how much of it gets eaten in the water column on its way up to the atmosphere.  Microorganisms living in the ocean known as aerobic methanotrophs eat methane in much the same way that humans eat food, breathing in oxygen and exhaling carbon dioxide in the process. Methane that gets consumed by aerobic methanotrophs does not reach the atmosphere, and thus does not contribute to global climate change.

Pinning down a single number for how much methane aerobic methanotrophs consume is tricky, though, since the amount of methane and oxygen in coastal waters changes with the seasons.  In the winter, short days limit life in the coastal ocean so that there is little methane being produced, but plenty of oxygen for aerobic methanotrophs to breathe. In the summer, however, long sunny days enable rapid life and death cycles that fuel methane production in the seafloor.  At the same time, the feeding frenzy of summer draws down oxygen levels in the water column, so that the oxygen that aerobic methanotrophs need to breathe is most scarce at the same time their food source is most abundant.

Which raises the question: are aerobic methanotrophs able to consume most of the methane that is produced in summer despite the low oxygen levels? Or, does the mismatch in timing between methane and oxygen availability result in more methane reaching the atmosphere during the summer?

Going to the source

To find how much of the available methane aerobic methanotrophs can consume under high- versus low-oxygen conditions, a team of researchers went to the coastal Eckernfӧrde Bay in the Baltic Sea in both winter and summer.  They collected water samples and measured the amounts of methane and oxygen in the water column.  They also added a trace amount of radioactive methane to the water, which allowed them to track how quickly aerobic methanotrophs present in the water samples were consuming methane under the conditions in the bay in each season.

To confirm this finding, the researchers also took water samples from the bay back to the laboratory.  There, they added varying amounts of oxygen and methane to each water sample, again adding a trace amount of radioactive methane to track the speed at which aerobic methanotrophs consumed methane.

These results mean that the amount of oxygen present, rather than the amount of methane, controls what proportion of methane produced in the seafloor makes it to the atmosphere.  And, contrary to traditional thinking by scientists, aerobic methanotrophs are more efficient at consuming methane in the oxygen-depleted conditions that characterize coastal waters during summertime than during the oxygen-plentiful conditions of wintertime.  While this research does not answer why this is the case – more research into the workings of aerobic methanotrophs at the cellular level will be needed to determine that – it does have important implications for our understanding of how much methane is being emitted from coastlines.

Whereas the amount of methane reaching the atmosphere from coastal waters has traditionally been thought to be lower in the winter, it is now clear that the opposite is true.  This is important knowledge for scientists working to calculate the amount of methane being delivered to the atmosphere, since many coastal regions around the world can only be sampled during the summertime due to stormy weather during wintertime.

In addition, global climate change is expected to make the summertime decrease in oxygen in coastal waters even more dramatic in many regions. The findings from this study indicate that this will actually enable aerobic methanotrophs to consume methane at even faster rates, further reducing the amount of methane that reaches the atmosphere during summertime.  Thus, methane emissions from the coastal ocean may actually decrease over the coming century as global temperatures continue to increase. 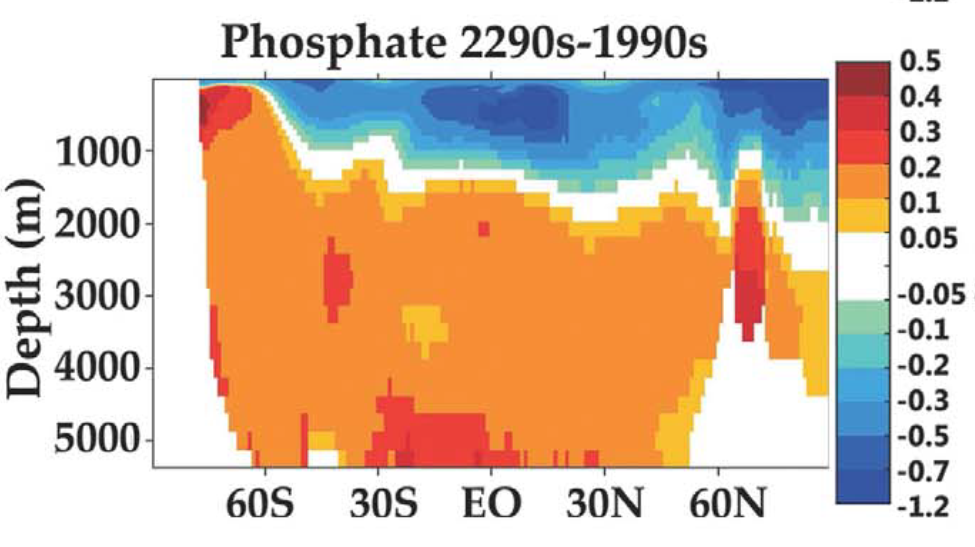