Kelp forests are some of the most diverse marine ecosystems on earth, supporting a large and complex food web (Fig 1). This system has been well studied; models and experimental data have shown that impacts at one level of the food web can have far reaching implications. In the classic example, overfishing of kelp forest fish or declines in sea otter populations (both of which feed on sea urchins) lead to population explosions of sea urchin species in kelp forests. Urchins are ravenous herbivores, and when populations become too big they decimate the large, canopy-forming kelps, and eat kelp spores before they have a chance to grow. The result is what is called an urchin barren (Fig 2). These barrens do not support nearly the amount of life and diversity that healthy kelp forests support. Kelps provide habitat, food, and refuge for many species, and without them many species will leave (if possible) or die off. Urchin barrens are not a permanent ecosystem state; if populations of urchins decline, kelps can return and build towards a healthy and functioning ecosystem.

On the California coast, scientists and managers have been working together for a number of years in effort to protect existing kelp forests and to transition urchin barrens back to forests. One of the efforts made has been to create reserves off the coast where fishing is either banned or extremely limited. The goal in creating a reserve is to recover populations of urchin predators. When predators return, sea urchin populations are subjected to control, and when controlled, kelp has time and space to settle and grow. Despite making these efforts, many California kelp forests are taking a longer to return than thought.

Researchers have begun to look into why barrens are persisting longer and are looking into predator feeding behaviors. Previous studies have shown that sea urchins found in barrens have diminished gonad production compared to those in kelp forests; as a result, urchins found in barrens are less appealing to a predator due to decreased nutritional value (gonads are the preferred tissue by urchin predators). Researchers have set out to determine if predators can identify urchins from barrens and whether or not they preferentially feed on more nutritious urchins from kelp forests.

Researchers at the University of California at Santa Barbara investigated the relationship between spiny lobsters (Panulirus interruptus, Fig 3) and purple sea urchins (Strongylocentrotus purpuratus, Fig 4). Lobsters and urchins were collected from the field and brought back to the lab. Sea urchins were collected from two different locations: half from urchin barrens and the other half from healthy kelp forests.

Researchers subjected lobsters and urchins to two experiments. In the first experiment, 5 sea urchins from urchin barrens and 5 sea urchins from kelp forests were placed in the tank (in such a way that there was no impact of proximity) with the lobster and left for 24 hours. Lobster consumption was determined after the 24 hours period. Urchins from small, medium, and large size classes were tested separately. In the second experiment, researchers used the same methods but this time only gave the lobsters sea urchins from one habitat. This was done in order to determine if lobster preferences and feeding rates remained when given only one food option.

Overall, researchers found that lobsters preferentially fed on urchins from kelp forests (Fig 5). In fact, kelp forest urchins were 2.5 times more likely to be consumed than urchins from barrens! Lobster and urchin size both played a role: larger lobsters consumed more urchins and at a higher rate, and larger urchins were fed upon at a lower rate (Fig 5). It was found that this preference for kelp forest urchins remained, as reflected by feeding rates, when the lobsters were only given one type of urchin (Fig 6). In order to help support their hypothesis, researchers took measurements of urchin gonads to determine if there was a size difference between urchins of different locations. It was found that as body size increased, gonad size increased by a significantly greater proportion with kelp forest urchins.

Lobsters show an ability to detect differences between urchins from kelp forests and those from urchin barrens. Not only are they able to detect a difference, but they are preferentially consuming kelp forest urchins. This preference has implications for management of reserves and provides insight as to why kelp forests may not be recovering. If mobile predators, like lobsters, are showing a preference for nutritionally higher urchins from kelp forests, they are less likely to remain in an urchin barren to feed on the less nutritious urchins there. If urchin predators are not feeding on urchins from barrens, there is no population control and kelps won’t have a chance to become established, and they system will remain in its barren state. However, larger lobsters appeared to be efficient feeders and would often consume both urchins. If this were the case, managers could attempt to aide the recovery of kelp forests by using larger predators as urchin population control. 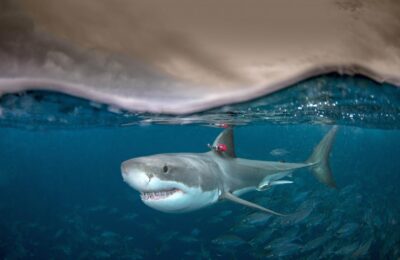