Scientists are often called upon to present their research in a variety of formats, whether that be in a journal article, oral presentation, or outreach activity. For graduate students, learning how to communicate science effectively in each of these formats is a vital part of their training. I went undercover at the SEJ 2014 Annual Conference and learned some tricks of the trade from a panel of environmental journalists. Whether your ‘audience’ consists of peers, friends and family, or the general public, these tips help both journalists and scientists engage and captivate with their stories.

1. ‘Hook’ the audience with your introduction. In journalism, a ‘hook’ is an attention-grabbing opening that sparks a person’s interest in the topic at hand. Graduate students can use this technique to mix up the usual presentation of background information. Do you study a charismatic megafauna? Make it the leading character in your story! Did you have a particularly bad or comical day in the field? Share it as an anecdote to make the science more relatable. Engage the audience through your unique perspective and research becomes a captivating story.

2. Make it playful! It can be hard to strike a balance between humorous and professional, but don’t be afraid to lighten things up with a joke or pun. People also love to hear the weird or gross aspects of science, so don’t shy away from that either (just make sure they’re not about to eat a big lunch). For example, Lauren Sommer of NPR Radio recently published a piece about protecting endangered bird species by inducing their predators to vomit. Gross, but definitely thought-provoking!

3. Rethink your research question. Climate or environmental change underscores nearly every other study these days. Rephrasing a research question to represent a more unique approach to the problem can really grab an audience’s attention. Journalist Cally Carswell of High Country News described the effects of drought and rising temperatures on a tree population in a cover story. Instead of asking, “what are the effects of climate change on trees?” Carswell posed a simple but elegant question: “how do trees die?” For the general public, that type of question transforms the study into something more philosophical and intriguing.

4. Provide the audience with hope. It’s easy to fall into the habit of reciting negative facts about the climate—how much sea level rise we can expect, how much temperatures have risen, and the like. Use your research to highlight opportunities for progress instead of pessimism. Taking a “gloom-and-doom” approach can discourage people from wanting to make change; positivity is refreshing and instills hope in the audience.

5. Avoid vague terms. Words like ‘sustainability’, ‘change’, and ‘resilience’ are so greenwashed in environmental journalism that they offer little to no impact and sometimes confuse the audience. Always include an explanation that is dynamic and describes the actions involved in creating the changes or making something sustainable or resilient. National Geographic’s Brian Clark Howard reported from the World Ocean Summit in early 2014 and went into detail about what actions were suggested to create more sustainable fisheries, including “switch to gear that reduces bycatch,” “enforce traceability of import[ed fish],” and “pay big fishing boats for lost income in the short term.” Specific and vibrant language helps the audience to get the whole picture.

6. Present striking figures, photos, and videos. This should be a no-brainer for scientists who produce data-filled graphs, tables, and charts regularly. Figures should be clear, simple, and visually appealing. Videos are a more unusual but effective way to present information, especially complex processes. Although we aren’t graphic designers, a little extra effort to make eye-catching figures can generate more interest in the research.

7. Share ideas on social media. Facebook and Twitter aren’t only useful for sharing cute cat videos. Share your insights, progress, and ideas on these networks to get your friends and family interested in science! Don’t worry if it sparks a debate—take the opportunity to facilitate a conversation among your peers and, above all, be happy that people are showing an interest in your field!

So there you have it! Seven tips from environmental journalists to use in your everyday interactions with both scientists and the public.

Kelly Canesi’s participation in the Society for Environmental Journalists Conference was supported by a grant to study Seasonal Trophic Roles of Euphasia superba (STRES) from the National Science Foundation’s Division of Polar Programs (Award Number 1142082). Read more about the STRES project here. 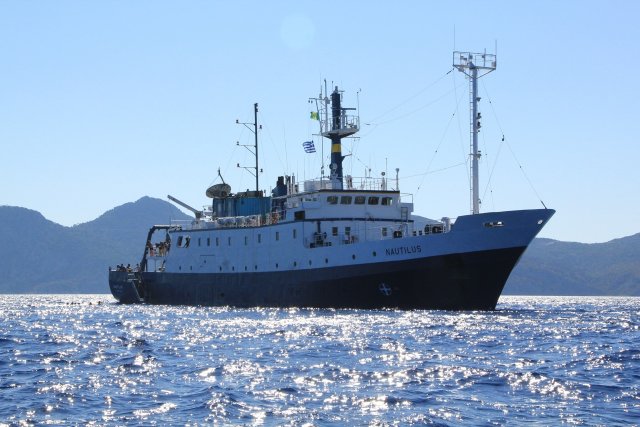