Medicine is essential for modern society, treating everything from minor discomforts to life-threatening illnesses. You may think you’re familiar with the side effects of most common medications, but there are other, hidden side effects occurring beneath the surfaces of our oceans, lakes, and rivers. In this study, researchers brought these side effects to light by measuring a wide range of pharmaceuticals, drugs, and other manmade chemicals in fish from Puget Sound in Washington.

To track the journey of chemicals from our wastewater to fish, researchers collected water directly from the two wastewater treatment plants that discharge into Puget Sound. They collected water and fish samples from estuaries near those plants’ discharge points. Researchers measured concentrations of 150 chemicals – a tiny fraction of the thousands we release into the environment every day — in the wastewater effluent, estuary waters, and in the tissues of fish.

Two different fish species – sculpin and juvenile Chinook salmon – were monitored in this study. Researchers chose these species because both were expected to inhabit the estuary for a lengthy amount of time, meaning that chemicals found in the fish’s bodies were likely from local sources.

Of the 150 compounds the researchers looked for, 42 were found in fish. 82 compounds were found in wastewater effluent and only 25 were found in estuary waters. Some of the compounds found at highest levels in salmon were nonylphenol and nonylphenol ethoxylates. These compounds are used in a wide variety of manufacturing processes, as well detergents, paints, and other consumer products.

What Drugs Were Found in Fish?

A cocktail of drugs with disparate uses, including antidepressants, antibiotics, and hormones were detected in fish from Puget Sound, along with industrial chemicals. While we understand how drugs affect humans, we generally know very little about how they affect fish, especially when they’re all combined. Some of the drugs found at the highest levels in fish included amphetamine, caffeine, fluocinonide (used to relieve many common skin disorders), fluoxetine (Prozac), and diltiazem (used to treat high blood pressure).

Levels of chemicals were generally greatest in the wastewater coming directly out of the treatment plant. Levels in fish were often higher  than those found in estuary water. Many of the industrial chemicals that were investigated in this study are lipophilic, meaning that they tend to accumulate to high levels in the fatty tissues of living things – a phenomenon called bioaccumulation.

These types of compounds don’t tend to hang around in the water too long. After being discharged into water from a wastewater treatment plant or other source, they quickly glom on to particulate matter in the water, plant tissue, or animal tissue. This means a chemical can be found in fish tissue, even when it’s not found in the surrounding environment: A pollutant can be present at very, very low concentrations in the water – so low, in fact, that analytical methods are unable to detect it, but this chemical can still accumulate in fish.

Because lipophilic compounds are attracted to fatty tissues, the levels within the fish are often higher, and easier to detect, than levels in water. This explains why fish were found to contain more chemicals, and at higher concentrations, than the water they were swimming in.

While pharmaceuticals are not usually very lipophilic, they can still accumulate in a fish via its diet or the water that enters its system through its gills. The authors of this study reported that they found many pharmaceuticals in fish at higher levels than they would have expected based on the levels in surrounding waters. They also found that salmon typically contained higher levels of contaminants than sculpin. This may be because the juvenile Chinooks are more active. These growing, active fish most likely eat more and pass more water through their gills than sculpin.

What Have We Learned?

What researchers uncovered in this study is only the tip of the iceberg. Fish, marine mammals, and all of the other living things in the sea are exposed to thousands of manmade chemicals every day, and we don’t know what this means for the health of future fish populations.

Many of the chemicals discussed in this article are known to disrupt normal hormone function, thereby disturbing the normal reproductive cycles of many species. Others, like the antidepressants, have neurological effects that are desirable for humans who need these medications, but could affect fish behavior or brain function in harmful ways. Though concentrations of each individual chemical might be pretty low, we have no idea what the combined effect of exposure to little amounts of so many different chemicals, over such a long time, might be.

I hope that this week, in honor of Earth Day, we can all take a moment to think about reducing the number of chemicals we’re releasing into the environment every day. You can help by using soaps or detergents that only contain environmentally friendly compounds, and by disposing of unused medicines responsibly. The fish will thank you for throwing one less chemical down the drain. 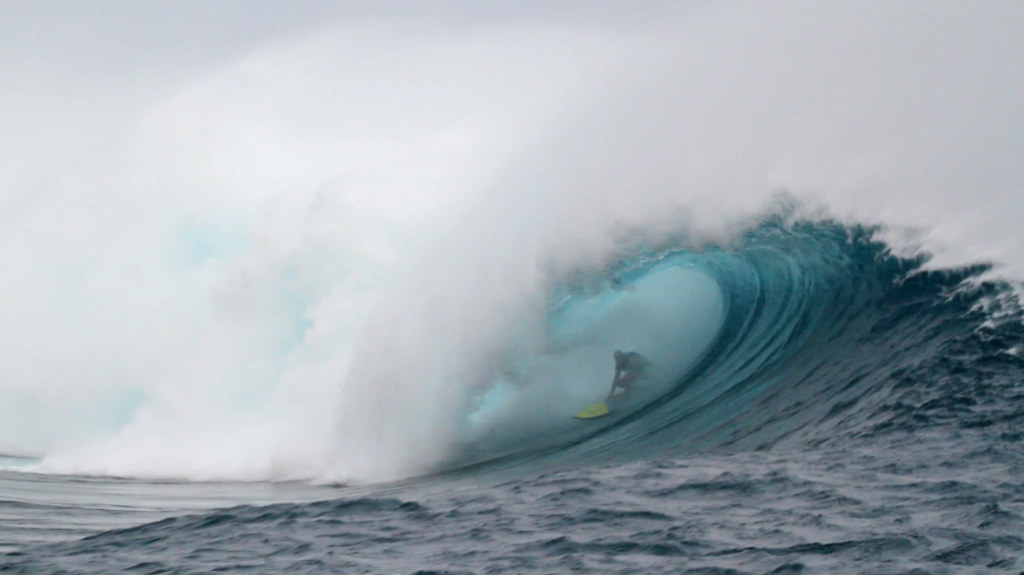