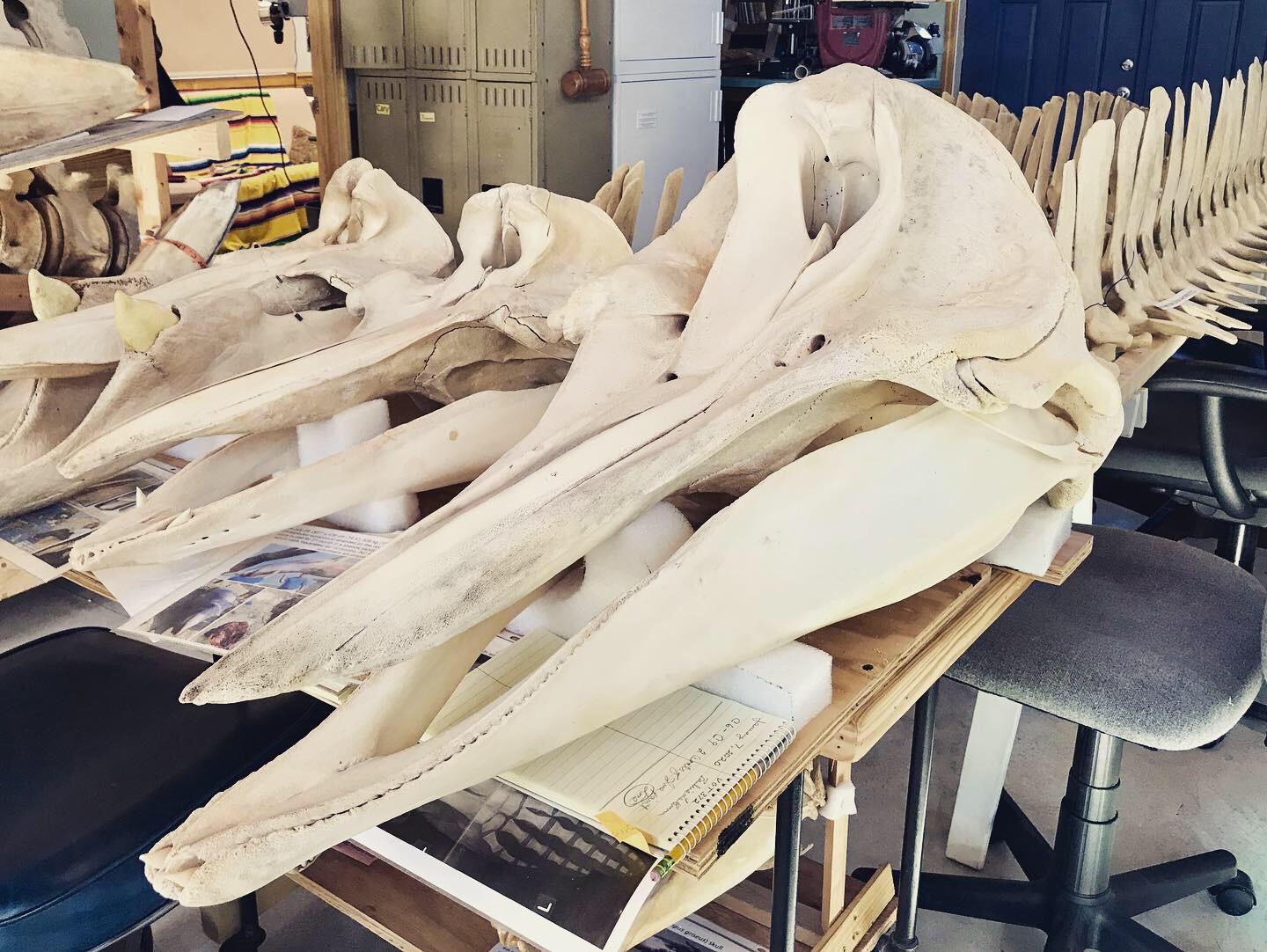 A few years ago, the Cuvier’s beaked whales set the record as the deepest diving mammal. At the time, not much else was known about their diving abilities. Check out what Shearer’s team has done to study these elusive divers off the coast of North Carolina.

Despite their near-global range (Figure 1) and large size (almost 20 feet in length), beaked whales are among the most understudied cetaceans. What makes these giants so elusive? They spend most of their time diving deeper than most ocean technology can go. As the deepest diving mammal ever recorded, the Cuvier’s beaked whale may be the most difficult to research. But the crushing pressure of the bathypelagic zone does not stop Shearer’s team of researchers from studying these remarkable whales.

So how do you tag a whale that only surfaces for 2.2 minutes (median duration)? This team of researchers patiently waited for the Cuvier’s beaked whales to surface near Cape Hatteras (Figure 2) off the coast of North Carolina. With only a few minutes at the surface, the team worked quickly to approach the animal and carefully attach a LIMPET tag to the dorsal fin of the whale using a pneumatic rifle. Once attached, the satellite tag would track the location of the individuals for months between 2014 and 2016.

The longest, deepest Cuvier’s beaked whale dive ever recorded was off the coast of California (137.5 min, 2992 m). Shearer’s team soon found that the Cuvier’s beaked whales near North Carolina dive almost as deep. Of the 11 tagged whales, the deepest dive was 2800 m (9186 ft). The whales would dive for about an hour before surfacing (imagine holding your breath that long!).

Fine dining in the midnight zone

So why dive so deep? Shearer’s team thinks the whales are searching for food near the sea floor. If you look at their skull (Figure 3), they only have two teeth protruding from their lower jaw. With only two teeth, how do they capture prey? Beaked whales suck! (Figure 4) Using suction, it is thought these whales pull in squid and other cephalopods, crustaceans, and fish. The team believes that these whales feed near the seafloor, but unfortunately, we don’t know for sure. We need more data to determine exactly how deep the ocean is off the coast of North Carolina where the Cuvier’s beaked whales feed.

Something we do know is that the Cuvier’s beaked whales only surface for 2-8 minutes (2.2-minute median). During this time, they are quite silent and stealthy, rarely communicating using echolocation. Shearer’s team hypothesizes that the whales are quiet in order to avoid predatory killer whales. Giving away their location could result in an attack.

With over 3242 hours of data collected on the mysterious Cuvier’s beaked whales, Shearer’s team was the first to study the diving behavior of this mammal in the Atlantic Ocean. Compared to those in California, Hawaii, Italy, and the Bahamas, the Cuvier’s beaked whales in North Carolina have deeper average dives for shorter periods of time. Shearer’s team hopes to improve upon the tag design and increase their sample size to eliminate gaps in their data.