The whale shark (Rhincodon typus) has become increasingly popular among tourists due to its docile behavior and grand size (can reach up to 60ft). In 2002, however, it became classified as vulnerable by the International Union for the Conservation of Nature (IUCN) due to declining populations. With a long lifespan and low fecundity (reproduction) rates, the whale shark has had a hard time bouncing back from population declines due to harpoon fishermen in Southeast Asia as well as accidental bycatch in fishing nets across the world. The diving industry has expanded their sightseeing adventures around the globe for interested visitors to snorkel and dive with the whale sharks, but despite their global ecological significance, much of the life history of the whale shark is largely unknown.

This study aims to fill in some life history gaps we have in whale shark knowledge, specifically documenting the movement patterns of whale sharks around Darwin Island, Galapagos (a steep, rocky volcanic island Fig. 1) to better understand habitat usage, population structure of the whale sharks, and seasonal trends around the islands.

A total of 180 dives were performed to visually collect information about the whale sharks surrounding Darwin Island. Whale shark size, sex, and signs of pregnancy (a clearly distended belly), any major scars, distance and depth the whale sharks swam, and behavior with one another was all analyzed. Photo-identification was also used to accurately determine size and individual whale sharks. To better understand habitat use, four pregnant whale sharks were tagged and followed for a perimeter of five nautical miles around Darwin Island. Water temperature, depth, and topography was also taken into consideration.

Dramatic differences in whale shark numbers were found seasonally. A total of 211 whale shark sightings were seen off Darwin Island, four sightings in the warm season (January to June) and 207 sightings were made in the cool season (July to December, Fig. 2). So why do they only show up closer to shore in cooler months? It could have something to do with their fertility patterns. Of the 207 whale sharks seen in July-December, only 82 could be accurately identified as an individual, and in consequence sexed, but, 81 of the 82 whale sharks were indeed female AND all but one of these females was pregnant.

The vertical limit of these pregnant females was limited to below 20m, with only an occasional jump to the surface, but this behavior changed once the whale sharks left the island. When navigating longer distances north, the whale sharks were observed to spend a far greater amount of their time on the surface, especially at night. This clear difference in spatial use between the near shore and offshore, along with the lack of feeding observed near Darwin Island, supports the idea that pregnant whale sharks do not come to Darwin Island to feed.

So then why are they there and where are all the males? The evidence against Darwin Island as a feeding site suggest Darwin Island is not an aggregation site, but rather an important stop over point in migration. Reproductive purposes are a good bet based on the number of pregnant females, but many aspects of whale shark reproduction are unknown. This leaves Darwin as a great study site to carry out future observations on the whale shark reproductive cycle, contributing greatly to the conservation of the declining whale shark populations. 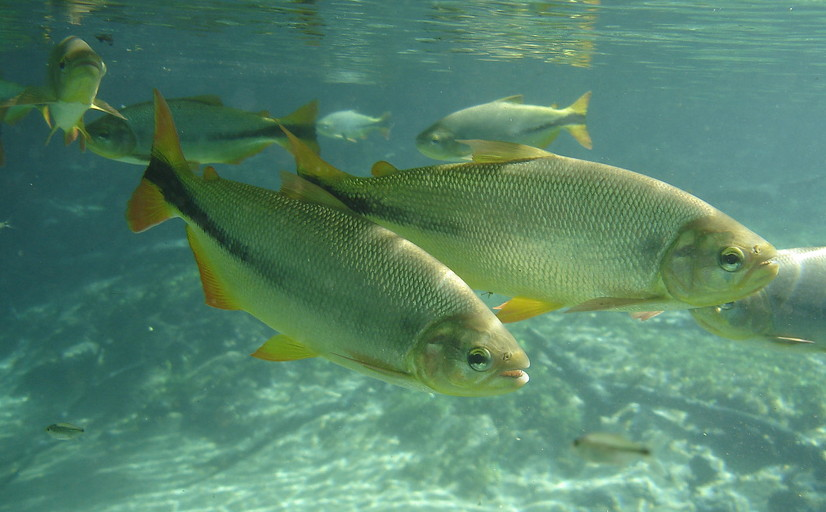