A Junkyard in the Belly of a Whale

A candy wrapper, plastic bags, car parts, packing materials, and fishing gear… it sounds like a list of things you might come across at a landfill or a junkyard, but actually it’s what researchers have found in the bellies of sperm whales. Scientists from Germany, the Netherlands, and France went searching to find out what’s in the belly of a whale, but they didn’t find Pinocchio. Instead, they found a slew of marine debris discarded from human activities. As of yet, we don’t know much about the impacts these debris might be having on these marine giants.

The Persistent Debris of Our Daily Lives

Every day we use and throw away countless single-use products that really aren’t designed for single-use: they’re much more durable than they need to be, and they don’t degrade under normal environmental conditions. These items are often made of plastics and synthetic fibers. Many of these materials make their way into the oceans, becoming “marine debris”. This debris is the mark our society is leaving on the Earth – our age, the “Anthropocene” is defined by the widespread influence of humans on global cycles, and the presence of manmade chemicals and materials building up in our sediments, air, and water. This begs the question: In the Age of the Human, what will happen to all of Earth’s other creatures?

Marine debris is a well-documented problem for ocean critters of all shapes and sizes, from the smallest fish and bugs that eat tiny microplastics, to sea turtles that get entangled in plastic trash and ghost fishing gear. Sperm whales have unique feeding techniques that may make them vulnerable to accidental ingestion of marine debris. These enormous creatures (males can reach 52 feet, about the length of a semi-truck) dive deep to find prey, and even dig into ocean sediments with their jaws to capture prey on the sea floor.

What’s in the Belly of the Beast?

While scientists have been concerned about whether sperm whales are eating marine debris for some time, they’ve had a difficult time learning about the stomach contents of these creatures. Sperm whales don’t go to the doctor when they have a bellyache, and there’s no practical way for us to X-ray them to find out what’s in their stomachs while they’re swimming around more than 1000 meters under the sea. The only time scientists get an opportunity to see what these whales have been ingesting is when dead, stranded whales are found on shore.

To find stranded sperm whales, scientists monitored the shores of the North Sea, a region referred to as the “sperm whale trap” because of the high incidence of stranded whales. Unfortunate whales accidentally wander into the North Sea from time to time, which is much more shallow than their normal habitat, which often leads to strandings. The scientists ended up inspecting the gastro-intestinal tracts of 22 stranded whales.

9 out of the 22 sperm whales had identifiable marine debris in their stomachs. 322 different pieces of marine debris were found in the whales. 250 of these were items related to fishing, like netting, ropes, and fishhooks. The other 72 items read like what you’d find at a landfill or junkyard: plastic bags, a Snickers wrapper, coffee capsules, tape, a plastic bucket, and a plastic engine cover from an SUV – all were swallowed by these creatures.

In most whales, the total amount of debris found weighed less than 3 lbs, though one whale’s stomach contained 55 lbs worth of plastic items, canvas, and fishing gear. All of the animals seemed like they were healthy pre-stranding, and the authors don’t believe that the items in their bellies caused their deaths. However, they note that some of the whales with large amounts of debris in their systems may have experienced long-term health effects, such as loss of appetite or stomach ruptures, if they had not been stranded.

What Does It All Mean?

The results of this study confirm that sperm whales will eat large marine debris items, possibly mistaking them for prey. However, the authors note that because these sperm whales had strayed off course from their usual habitat, there is no way to know whether their diets were typical of other sperm whales. They may have behaved differently after finding themselves in a strange habitat. The scientists found recent food items, such as squid beaks, in the whales’ stomachs, which suggests they hadn’t experienced loss of appetite. This, plus the absence of internal injuries, led the scientists to believe that most of the debris was probably swallowed recently.

Marine debris can have a slew of negative effects on marine life. It can cause entanglement and strangulation, and ingested objects can cause internal injuries, or can lead to stomach fullness without providing any nutrients, which can cause animals to starve to death.

How can we prevent our garbage from turning up in the belly of a whale? Our best bet is to stop using single-use, durable plastic items like plastic bags and bottles, as well as recycling and re-using whenever possible. These items feel convenient at the time, but they don’t disappear as soon as they enter the trashcan – they last much longer than is necessary, and can cause big problems for marine life.

Want to learn more about marine debris in the ocean? Check out these past Oceanbites posts:

A Million Little Pieces of Plastic by Kari St. Laurent 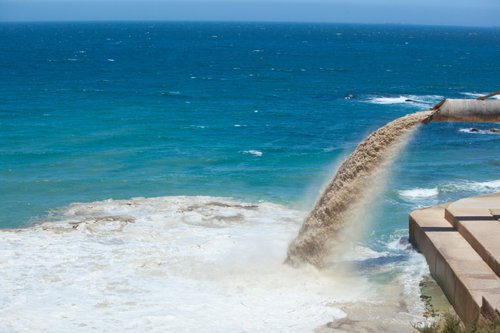