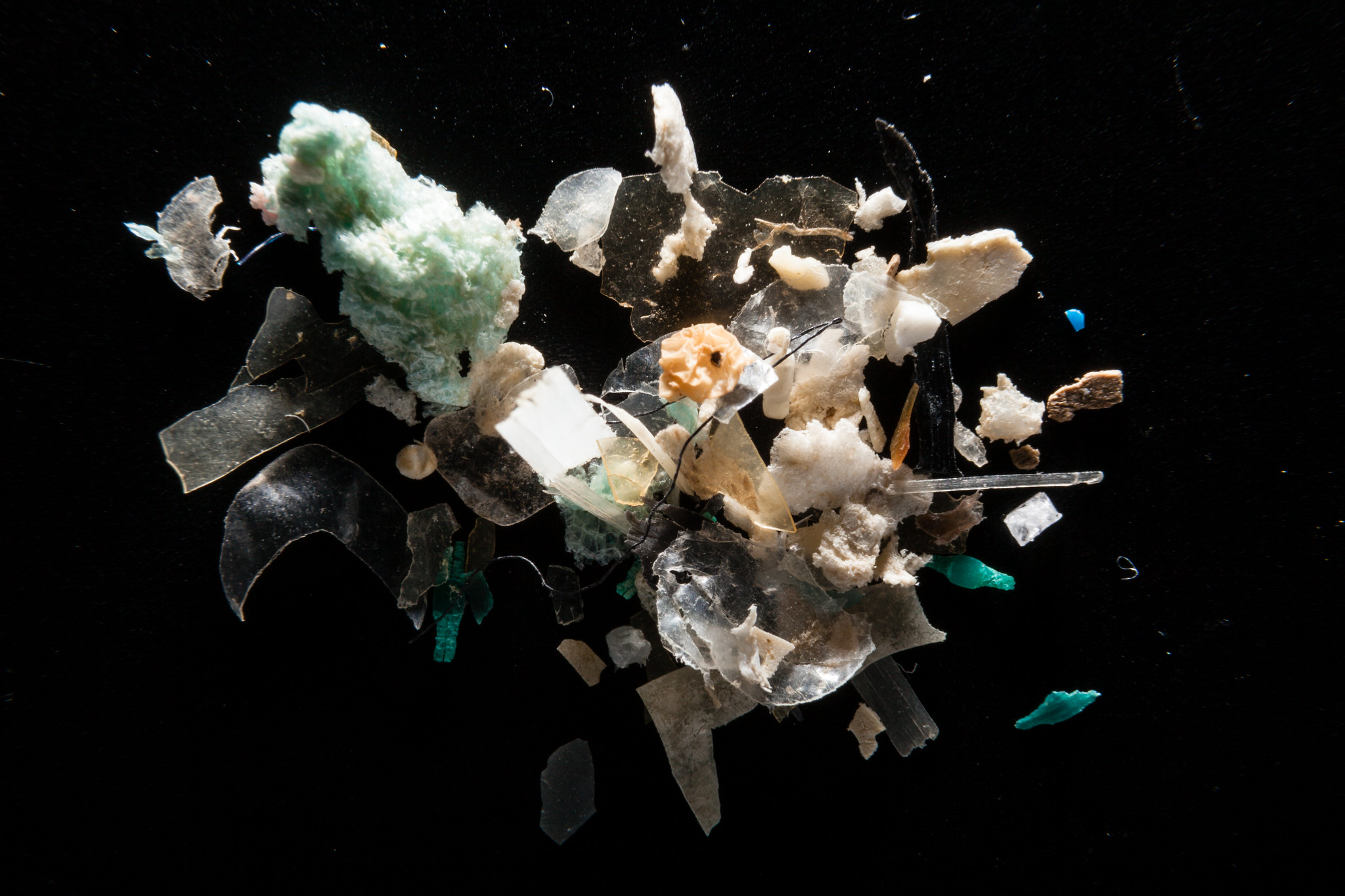 When we try to picture plastic pollution, large, dramatic images easily come to mind – skeletons of tropical birds whose insides are filled with plastic, large ghost nets drifting through the open ocean, the Great Pacific Garbage patch, and beaches covered in litter. These are all still part of the problem, but plastic is as integrated into ocean environments as it is in our grocery stores – that is to say ubiquitous and difficult to avoid. Plastics impact more than just the large animals or the beautiful coastlines. As plastic breaks down into smaller and smaller pieces, referred to as microplastics (plastics smaller than 5mm), zooplankton, the ocean’s smallest animals, are also able to eat it. Scientists are still trying to figure out what that means for the ocean, but Dr. Kvale and colleagues have some ideas.

To picture how microplastics may be impacting the ocean, the researchers worked with an already existing climate model (called UVic ECSM), which includes information about the atmosphere and the ocean. Models seem abstract in concept, but they are a useful way to combine the information we have through a series of mathematical equations. For example, part of a climate model may have an equation that shows how water moves with respect to wind. Another equation might describe how water temperature changes with air temperature. These kinds of relationships are like a brush strokes that paint a picture of Earth’s climate. However, each model is only as good as the skill of the painter and the quality of the paints – if the equations (or paints) are built on bad data, they won’t accurately represent the Earth. By contrast, even if the data (or paints) are high quality, but the painter doesn’t understand how to use them, the painting won’t resemble the Earth either. At the end of the day, even the best paints in the hands of the most skilled painter won’t be exactly like the original. There is an art to modeling, but there is also uncertainty.

For this study, scientists wanted to know how zooplankton eating microplastics can change the ocean on a chemical level, primarily when it comes to how much oxygen is in the water. When zooplankton eat microplastics (which you can watch here), this fills their stomachs, especially if it takes them longer to digest the plastic. With full stomachs, they eat less phytoplankton (tiny, free-floating plants), which instead might die and settle through the water before they are decomposed by bacteria. When bacteria decompose phytoplankton, they use up oxygen (similar to the way we humans breathe). As a result, more phytoplankton being broken down by bacteria means that the oxygen minimum zone (the region where there is the least amount of oxygen in the water) could become larger. Since ocean animals still need oxygen to breathe, this would make more of the ocean inhospitable to them.

To look at the possible results, the scientists compared how much oxygen would be in the water after changing two variables: 1) the concentration of microplastics in surface waters; and 2) how readily do zooplankton eat microplastics (do they prefer plastic or their usual food?). The model showed the greatest changes based on how much zooplankton preferred to eat plastic as opposed how much plastic was available. This could be a result of the way the model was made as opposed to an accurate representation of the planet. However, the model did show big changes when zooplankton readily ate microplastics, especially in regions with a lot of nutrients (chemicals that serve as plant food). In places where there were ample nutrients, when zooplankton ate microplastics and left phytoplankton behind, the phytoplankton appeared to die and decompose deeper in the ocean, reducing oxygen. In places with few nutrients, however, there wasn’t as much of an effect.  Phytoplankton likely wouldn’t make it to deeper water. Other microbes, desperate for the scarce nutrients, would break apart dead phytoplankton right away to get at the nutrients stored in their bodies. Even though this process still uses oxygen, surface waters get a ready supply of new oxygen from the air.

Overall, the results of this model are couched in a lot of uncertainty – it makes sense that the ocean would behave this way, but the modelers acknowledge that there are some strokes of the paintbrush that do not represent reality. This study is novel because it shows the way that through plastic pollution, humans may have triggered a change in the ocean (a decrease in oxygen) that would at first seem unrelated.

While less oxygen in the ocean may seem to bear no connection to those of us living on land, it changes the parts of the ocean that have the right conditions and food for sea creatures. This, in turn, can impact the fisheries that so many people rely on for food and livelihood. Although there is still a lot of necessary research to determine exactly how zooplankton respond to microplastics, it is past time that we acknowledge that our reliance on plastic is harmful and move toward alternatives, both for the ocean and for us. Legend has it that when Marie Antoinette was told of the plight of her people, she responded, “Let them eat cake.” If we fail to address our plastic reliance, it is the same as declaring “Let them eat plastic.”