Sometimes referred to as “burning ice”, methane hydrate or methane clathrate is an ice-like substance that forms when molecules of methane, a flammable gas, become trapped within the crystalline structure of ice. Scientists originally thought that methane hydrates could exist only in outer space but we now know that they also exist on Earth, though they require immense pressure and very low temperatures to form and remain stable.

Methane hydrate is stable only in certain zones where pressure, temperature, and methane supply are sufficient. Vast amounts of methane are stored in hydrate form below the seafloor and in the continental margins of polar regions. Here, the frigid waters and high pressure at depth allow hydrates to form and remain stable until some depth where temperatures begin to increase due to geothermal heating. If brought up from depth, the methane hydrate could destabilize and release trapped methane with potentially explosive results.

Why do we care about methane releases?

Methane (CH4), the chief compound in natural gas, is a colorless, odorless gas found everywhere in the atmosphere at very low concentrations. It is a more potent greenhouse gas than carbon dioxide (CO2), effectively trapping outgoing irradiation and contributing to global warming. Methane’s average lifetime in the atmosphere is about 10 years, after which it is oxidized to become carbon dioxide.

Deep-water temperatures have warmed by about 1°C over the last 30 years. Recently, scientists have become concerned that stores of methane trapped in hydrates under the sea could become destabilized as anthropogenic (human-caused) climate change increasingly warms the deep ocean. The destabilization of methane hydrates caused by rising temperatures would introduce large amounts of methane into the water. The gas could then be released from the sea into the atmosphere, where it would cause further warming. Such a phenomenon is known as a positive feedback loop: when a symptom of global warming further exacerbates warming. Such an event could also disrupt the seafloor, possibly causing landslides.

Methane hydrates off of Svalbard, Norway

In 2008, scientists found methane bubbling up from marine sediments off the coast of Svalbard, Norway, a string of islands in the Arctic Ocean. Destabilization of methane hydrates in this region’s continental margin could be responsible for the observed methane releases. Previous research has suggested that the destabilization of even a portion of the vast stores of methane from this region could have a drastic effect on climate.

In this study, Berndt et al. set out to determine where exactly the methane seeps originated and how long these releases have been occurring. With this information, they could find out whether Svalbard’s methane releases are the result of methane hydrate destabilization, and whether this destabilization is the result of anthropogenic warming of deep waters.

The authors set out to obtain a more detailed and comprehensive map of where methane seepage was occurring. They outlined the gas hydrate stability zone where they believed conditions would allow hydrates to be stable. Along with the permanent stability zone, they outlined a shallower seasonal zone where hydrates would be stable during the coldest parts of the year. They observed that methane seepage locations corresponded well with the estimated depth and location where destabilization is expected to occur, on the edge of the permanent stability zone. Here, the stability of hydrates is the most sensitive to slight fluctuations in temperature. The locations of the seeps suggests that methane in the water column is indeed coming from destabilizing hydrates.

After locating methane seeps, the researchers sent the JAGO manned submersible to explore the seafloor off of Svalbard with the aim of collecting samples to estimate the age when methane seepage began. On the seafloor, they observed special formations known as carbonate crusts, which are created by microbes that consume methane. Because the crusts require methane seepage to form, the age of these formations would help determine whether methane releases off of Svalbard are a recent phenomenon.

By using uranium-thorium dating to measure the amount of thorium formed as uranium decays, researchers found that carbonate crusts had been forming for 500 – 8200 years, depending on the location sampled. This suggests that methane seepage is not a new occurrence in the area, though it does not give any information about changes in the magnitude or duration of seepage events, which could be fluctuating over time.

The science of marine methane hydrates is still relatively new and there is much to be learned about their potential as hazards or as energy sources. This study provides evidence that methane gas detected in the Arctic Ocean off Svalbard, Norway results from destabilization of methane hydrates stored beneath the seafloor that has been occurring for much longer than can be explained solely anthropogenic warming.

However, the authors noted that current data cannot tell them whether the magnitude of seepage is changing over time, or whether methane seepage is continuous or episodic. Additionally, they warned that hydrates in the shallowest parts of the stability zone are sensitive to seasonal fluctuations in temperature, suggesting that these stores may be vulnerable to destabilization due to temperature changes caused by global warming. 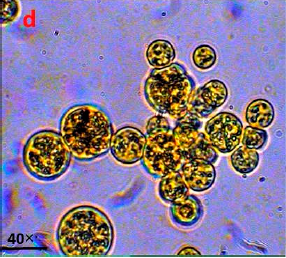 One thought on “A Song of Ice, Fire, and Climate: Could Warming Seas Release Methane from Beneath the Seafloor?”