It is 12:30pm on a Tuesday and you decide it’s time for lunch. You pull out a tuna sandwich, some carrots, and an apple. All of these foods give you your daily essential nutrients like carbs, fats, and vitamins. Well, any animal needs the same things! We all eat to replenish the calories we have burned through activities like exercise, walking your dog, and even breathing. One crucial component of our diets is proteins. These large molecules are the machinery which makes our cells function! They are made out of smaller molecules called amino acids and perform a plethora of activities, like letting molecules into our cells, signaling the cell to divide, and defending against infectious diseases. Many animals, like ourselves, need to eat food to absorb these amino acids to build our own proteins. Scientists have been studying for years what types of food marine organisms eat and how their diet of protein affects their life. So, how can we tell how much protein is available to them to eat?

A collective team of scientists from Pusan National University and the Marine Disaster Research Center (both in Busan, Korea) decided to investigate this question. The group decided to measure the concentration (or amount) of protein in phytoplankton as they are microscopic organisms at the base of many food chains in a marine ecoystem. They used satellites to image parts of the Japan Sea as well as some mathematical algorithms to estimate the amount of protein in phytoplankton. Specifically, the team was interested in how changing water conditions could affect the phytoplankton’s concentration of protein as they are highly sensitive to their environment. This study would be the first of its kind in the Japan Sea! Today, we are going to see what they found out.

The group found that phytoplankton could contain around 0.0000010013395948 pounds of protein per liter of seawater! While that may not seem like a lot, the Japan Sea is nearly 378,000 square miles big with an average depth of 5748 feet. That’s a lot of water! To compare their findings, the team took measurements of water at multiple sites in the Japan Sea. They found that their estimates fairly matched the actual concentrations! Throughout the seasons, the concentration could increase 3-fold, and they found that April, July, September, and October had the largest amount of protein in phytoplankton. However, the team found difficulties as their long-term data of protein concentrations (~15 years) did not follow any obvious trends like the shorter term measurements. Even so, the team highlights that the concentration of protein is highly related to chlorophyll and sea surface nitrate (SSN), other very important molecules phytoplankton need. These results agree with previous studies by other groups which show that amounts of chlorophyll and protein in phytoplankton are positively correlated (meaning their amounts are associated with each other, when one goes up so does the other).

The team used satellite images from the MODIS satellite program to map the color of the ocean! While not only being pretty, the color of the ocean indicates many things like chlorophyll and phytoplankton populations! With this data, the group developed an algorithm which estimated the concentration of the protein in the imaged phytoplankton. To determine the accuracy of their algorithm, the group went to over 200 research stations in the Japan Sea to measure the chlorophyll, SSN, and amount of protein in the seawater themselves. With this data, the group could optimize the algorithm for more accurate results.

This investigation tells us a lot about phytoplankton. They are the foundation of a plethora of food chains in the marine ecosystem, so it is extremely important to understand the types of nutrients they will give to organisms eating them! With this knowledge we can better understand how marine animals respond to changes in their food. All this information helps us comprehend the larger impacts of our changing climate and beyond. 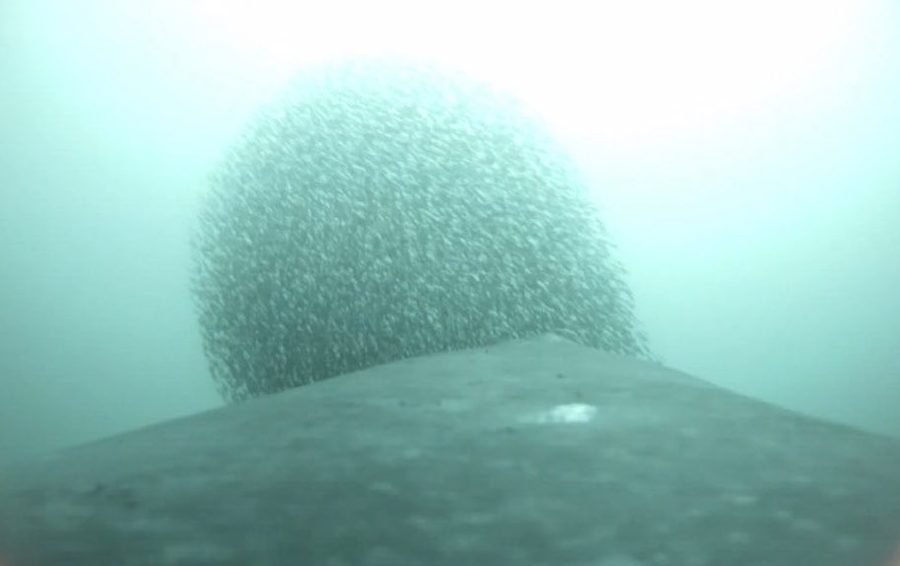