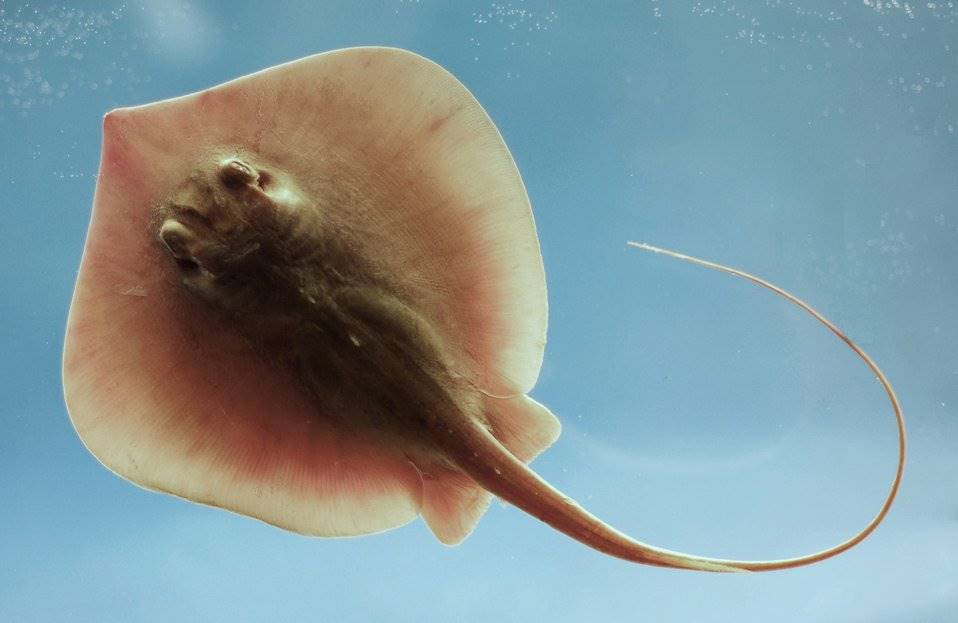 In 2010, the world witnessed one of the largest oil spill disasters when the Deepwater Horizon oil rig in the Gulf of Mexico exploded and sank. After the explosion, it took 87 days before the gushing wellhead was capped.

During this time, around 3.19 million barrels of oil leaked into the surrounding environment, creating the largest oil spill in U.S. history (see an interactive trajectory of the oil spill here). Not only was the oil spill devastating to local communities, which suffered from fishing and beach closures, but the crude oil significantly damaged surrounding habitats and organisms living in the area. Some of these effects were visible, like the fish and birds stuck in slicks at the surface or the tarballs washing to shore. Yet, other complications from the spill were less obvious – dolphin and sea turtle strandings increased in subsequent years and larval Bluefin tuna were expected to have heart defects as a result of exposure to oil and dispersants. Some studies even provided confounding results, and suggest that the influx in petroleum may have spiked growth of some fish communities by fueling methane-consuming microbes at the base of food webs.

The truth is, the enormity of the BP Deepwater Horizon Oil Spill was not the only novelty of this event – the spill occurred at unprecedented depths and novel chemical dispersants were used in the cleanup, leaving scientists questioning how organisms and the environment would be impacted. Even now, over eight years after the spill, scientists are trying to answer basic questions and determine possible long-term effects of exposure to large amounts of oil, like those seen during the BP oil spill.

Scientists are seeking to understand how exposure to crude oil might impact the behavior of different organisms. Animals use sensory systems (vision, hearing, taste, and smell  or “olfaction”) to mediate important behaviors like finding food and mates or avoiding predators.. But exposure to toxic chemicals can impair these systems, changing the way animals interact with their environment and each other. For example, fish exposed to pollutants (like heavy metals, pesticides, and oil) have experienced damaged vision and flow sensing capabilities (i.e. impairment of the lateral line system) and display changes in their schooling behaviors, an important aspect of hunting and predator avoidance. While scientists know that chemical pollutants like oil can damage fish sensory systems, there is little empirical evidence to show the extent of the damage or just how it affects all of the senses. So a group of scientists at Florida Atlantic University decided to see how exposure to oil might impact how fishes smell.

Many fishes rely heavily on their sense of smell when searching for food or mates, and even for navigation. Sharks are known for their incredible sense of smell and can have up to 1/3 of their brain devoted to processing smell information!

The researchers, therefore, decided to use a commonly encountered sharky-relative, the Atlantic stingray (Hypanus sabinus) to address the question of how oil exposure impacts a fish’s sense of smell.

How can you tell what a stingray’s nose knows?

To test the efficacy of the stingray’s nose, the scientists measured how individual scent-reactive cells (olfactory cells) responded when they were exposed to a scent. Animals (including humans) are able to smell because some of the molecules composing an object travel onto the olfactory cells. When a specific molecule binds to the special olfactory cells, a signal cascade is triggered and electrical impulses relay the information from the olfactory cell to other nerves in the brain. Because nerves talk to one another with electrical impulses, we can determine when a cell (and its signal cascade) is activated using devices much like those used by doctors to measure patients’ heart rates or brain activity. For this study the scientists hooked a stingray up to electrodes and used an electro-olfactogram to measure the activity level in olfactory cells.The scientists tested a total of 15 stingrays – 7 of these were left in tanks with normal saltwater (a control group) while 8 of the stingrays were exposed to a crude oil for 2 days.

Overall, the oil-exposed stingrays behaved much differently than the control stingrays: their olfactory cells responded slower (slope) to all of the scents, had a weaker response (magnitude) to 4 of the 5 scents, and had a protracted response duration to 3 of the 5 scents.

How does oil change the sense of smell?

The scientists are not sure exactly why the olfactory cells respond so differently after they are exposed to oil but posit a few explanations.  It is possible that the oil creates a barrier over the olfactory cells – much like smothering Vaseline on top of a surface, the oil may be blocking the flow of scents through the water and keeping them from coming in contact with the olfactory cells like they normally would. It is also possible that instead of forming a barrier itself, the oil could irritate the stingray’s nose, causing an increase in mucus production that impedes scents from being detected (much like colds and allergies affecting how we smell).

Somewhat less likely, the oil could be binding to scents on a molecular level, changing their shape in a way that makes them less recognizable to the stingray (like changing the shape of a key so that it can no longer open a lock) or completely blocking them from binding to the receptors on the olfactory cells (like putting glue in a key hole so the original key cannot be inserted in the first place).

Alternatively, the oil may be reducing the ability of stingrays to smell through a more nefarious mechanism: physically damaging or killing off the olfactory cells. This has been documented in other types of fishes exposed to crude oil or its constituents (i.e. pink salmon, tidewater silversides, hogchokers, and minnows), so it is likely stingrays or other cartilaginous fishes could also experience cell damage when exposed. The researchers would need to conduct further studies to fully determine which of these possibilities, or combination of them, is responsible for the change in olfaction observed in the study.

Impacts of a lost sense of smell

Regardless of how oil impairs the stingray’s sense of smell, the behavioral  implications remain the same. The scientists in this study purposely exposed the stingrays to stronger concentrations of scents (1 mM) than they would likely experience in their natural environment in order to see measurable responses. But the olfactory response was impaired even when exposed to these high concentrations! If stingrays are exposed to oil in the wild, they may not be able to effectively find their prey, detect and avoid predators, or locate mates, all of those critical behaviors stingrays need to do in order to survive. It is also important to remember that while this study only examined stingrays, scientist used those stingrays as a model organism – meaning that we should expect other fishes (especially other sharks and stingrays) to respond similarly when exposed to oil.

We are continuing to drill for oil and gas in offshore waters (including the Gulf of Mexico) . Since we cannot prevent future oil spills like the BP Deepwater Horizon from occurring, it is essential for us to understand exactly how the ecosystem and different organisms will be impacted both immediately following spills and after continued exposure to the oil pollutants. Studies like this one highlight ways that these spills may have cascading effects, detrimentally affecting not only the health of animals in the spill area, but also their behaviors long after.