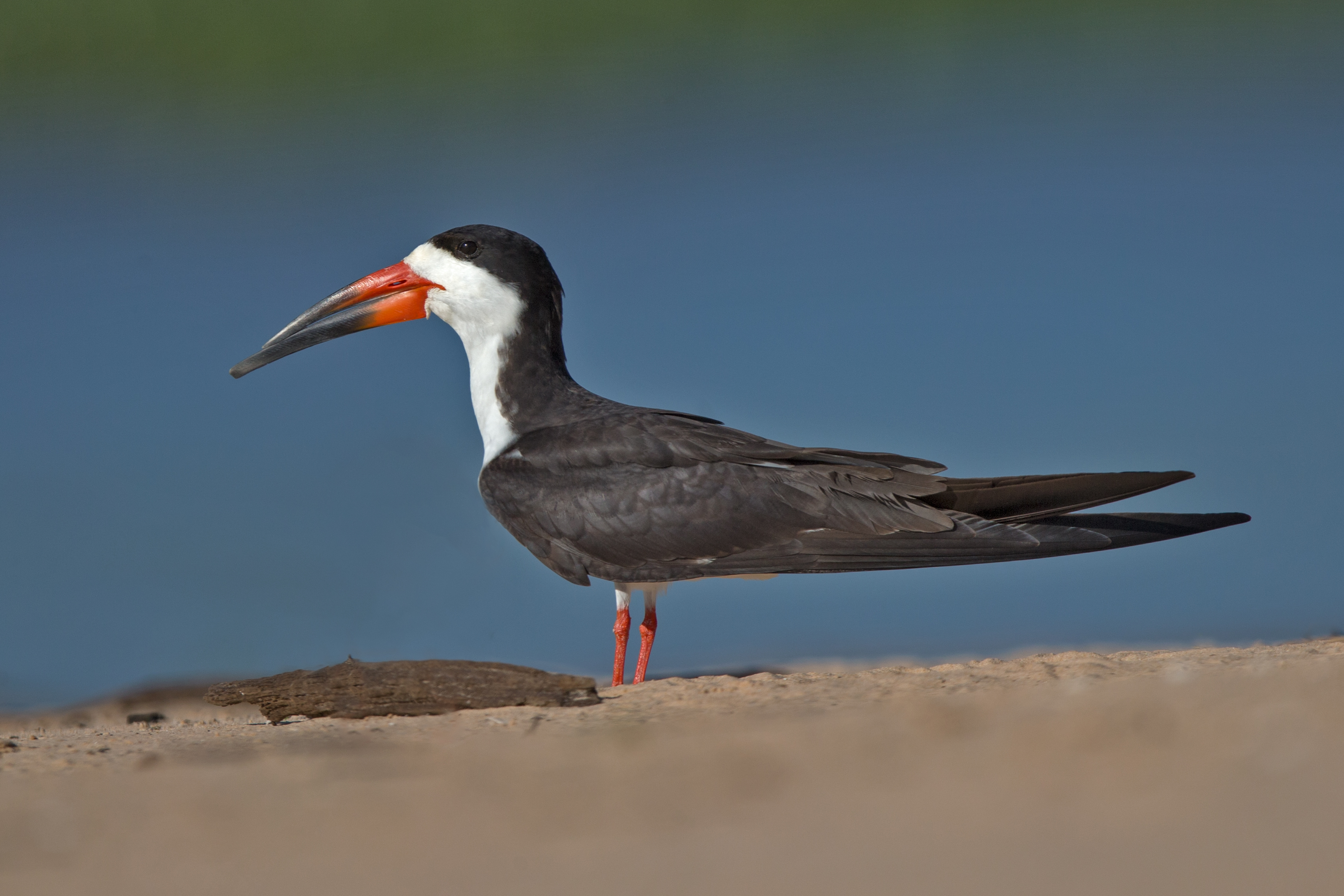 Dorian was one of the biggest storms to hit Nova Scotia in recorded history, bringing with it Category 2 force winds and heavy precipitation that took roofs off buildings and flooded coastal areas throughout the province. It was also among the top 10 strongest hurricanes by barometric pressure at landfall and top 5 by sustained winds in the history of all Atlantic storms, devastating the Bahamas and wreaking havoc along the Atlantic seaboard.

Nova Scotia is used to battling the tail ends of Atlantic tropical cyclones, often the last landmass they barge over on their way to petering out over the north Atlantic. Apart from its size and shear force, however, Dorian was unusual for Nova Scotia in the dazzling variety of tropical and sub-tropical birds it deposited on our rocky shorelines.

Shortly after Dorian’s winds subsided, hundreds of unusual bird sightings started popping up on the popular app eBird and local birding social media. For the week following the hurricane, while residents waited for their power to come back, Nova Scotian’s flooded their local wetlands, beaches, and forests to catch a glimpse of the unusual avian visitors.

By far the most common and impressive sight was the thousands of insectivorous swallows that swarmed the skies and crowded power lines throughout the province’s marshes. Researchers at Dalhousie University and Bird Studies Canada suggested a couple reasons for the large gatherings; stating that the swallows may have either been disturbed by the storm’s winds, resting after a long difficult flight, or they may have been taking advantage of the refueling opportunities presented by concentrations of insects in the wetlands after the storm.

Black skimmers were seen in coastal areas around the province, using their unique bills to fuel up on fish after their long journey. Juvenile laughing gulls were another common sight, dotting the beaches, saltmarshes, and roadsides on the Atlantic coast for many days after the storm. Some locals took to feeding the tired gulls, many of which Bird Studies Canada suspected had been caught in the eye of the hurricane for days and likely traveled all the way from Florida or further. Then there were the really weird sightings, including a brown pelican in Cape Breton and a black-necked stilt and American avocet in Eastern Shore, which attracted hordes of birders and their cameras hoping to add the lifers to their lists (including myself).

Another intense and expensive storm, 2003’s Hurricane Juan, left relatively few vagrants on the shoreline. Representatives of the Nova Scotia Bird Society suggest that this difference is likely due to the paths each storm took on their way to Nova Scotia; Hurricane Juan made landfall in Halifax after traveling directly across the open Atlantic, while Dorian skirted most of the Atlantic coast before hitting Canada. Essentially, Dorian vacuumed up birds as it traveled along the coast and spit them out once it calmed down over Atlantic Canada.

While the impressive abundance and diversity of avian visitors to the province was a welcome distraction for locals not looking forward to dealing with damaged homes and vehicles, the sightings also prompted concern among birders that Nova Scotia might start seeing more displaced and injured tropical birds in the years to come. Tropical cyclones have been increasing in frequency and intensity, and like the unfortunate laughing gulls that got caught up in Dorian, many displaced birds will not make it back to their home locations or survive their time in Atlantic Canada.

What will happen to these animals transported far beyond their ranges as we move into a period of dramatic global climate change?

Researchers are already documenting migrations of southern species into novel northern ranges, but the nearly-instantaneous movement via hurricane of some individuals to a new location is an entirely different phenomenon.

It’s easy to imagine how an increasing frequency and severity of storms would have a lasting effect on bird populations in the long term. Huang et. al. found that sooty tern mortality in the Dry Tortugas National Park, west of Florida, was strongly correlated with recent hurricane occurrence and strength. Seabirds that get washed up on land, after all, are at risk of predation and injury to their vitally oily feathers. Perdomo-Velázquez et. al. noted similar outcomes for forest understory birds on Cozumel Island in the 3 months after Hurricanes Emily and Wilma, recording a decrease in the abundance of species, numbers of individuals, and numbers of migratory species, which might have died or moved on from the storm-affected areas. However, Perdomo-Velázquez’s team also found that, by 12 months, bird surveys on the island started to match pre-hurricane survey findings. Wunderle et. al. found that seabirds, shorebirds, and wading species as well as the nectarivores (like hummingbirds) in Puerto Rico declined following Hurricanes Irma and Maria, likely due to their vulnerability to the direct effects of high winds and lost food sources, but also found that sightings of insectivores increased, just like in Nova Scotia after Dorian. Lloyd et. al. found that Puerto Rican frugivores (fruit-eaters) were likely to experience decreases after storms, but also noted an increase in sightings of hungry insectivores, similarly to Wunderle’s study and observations in Nova Scotia.

So it seems that some species are able to weather the effects of intense storm activity, remaining resilient over the short- or long-term. Some researchers, like Field et. al., have suggested that coastal-adapted birds are likely to be highly resistant to short-term intense weather events, with recovery of lost numbers happening within 20 years.

So we have nothing to worry about?

Not quite. Many researchers still point to the importance of compounding weather-related and human activity-related effects on bird recovery after storms. Bird populations can only recover after intense disturbances if they have the adequate habitat and resources to make a come-back. Ries et. al. emphasize this point in their study on migratory monarch butterflies, which are also vulnerable to hurricanes and require adequate food resources to survive their travels. Climate change doesn’t operate in a vacuum, and understanding the interactions of extreme weather events and human-caused events like habitat destruction, pollution, and overharvesting will be important for predicting the future of an entire species. Displaced birds that return to polluted or developed habitats may not be able to recover their numbers. Our planet is resilient, but only if we give it the space and time to be.

Sources, in order given: