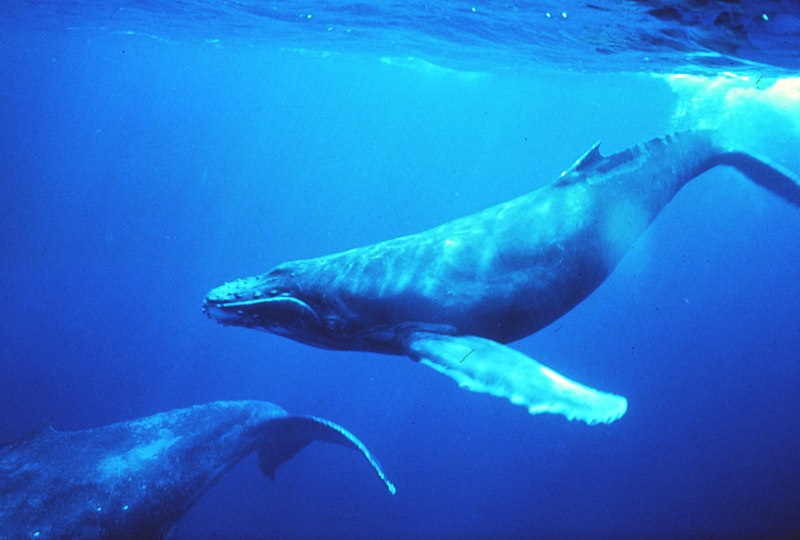 No one can deny the critical importance of song. From the vital stress-relieving jam session on the commute home to song’s role in human development, singing is easily a huge part of the human existence.

But humans aren’t the only creatures that sing.

Nearly half a century ago, scientists recorded humpback whales producing structured sequences of vocalizations, which they classified as singing. Since this discovery, research has explored the role cetacean song has in humpback whale behavior. Some scientists have hypothesized that song helps connect these whales during long migrations. Others have pointed to the fact that humpback song evolution demonstrates cultural transmission within and between humpback whale populations, a strong testament to their intelligence.

A team of scientists now work to further our understanding of how humpback song correlates with shifting environments. While humpback whale song has already been associated with breeding and migration, there’s a gap in understanding how song frequency correlates with productivity, time of the year, and ecosystem anomalies.

Ryan et al. (2019) seek to fill this gap. The scientists recorded humpback whales singing in the Monterey Bay National Marine Sanctuary (MBNMS), a vital feeding and migratory habitat, between August 2015 and July 2018. They then manually analyzed spectrograms, visual representations of an audio signal, and gathered temporal and environmental data to determine what could impact the frequency and occurrence of whale song.

The team found that humpback whales began singing in the Fall (September/October) within this ecoregion, peaking in November/December and dropping after January. The researchers recorded no song between June and August. These results coincide with visual sightings of humpback whales on whale-watching trips. Furthermore, song length increased each month, with median song length rising from 4.9 minutes in October to 10.1 minutes in January. Ryan et al. (2019) posit this could possibly evidence learning and cognitive development. Humpback song occurrence even correlated with time of day, with the most singing happening at night and decreasing during dawn and dusk. The scientists hypothesize that while vision may play a key role in humpback social behavior during the day, song may take over to compensate for low-visibility at night. Additionally, if feeding behaviors rely on vision, then perhaps the decline of singing during the day could be associated with the need to see when foraging for food.

Now that the team had established a temporal correlation with humpback singing, they looked at potential environmental shifts which could impact their song. Between the first and second year of observations, Ryan et al. (2019) saw a 44% increase in whale song. Between the second and third year of observations, they saw a 55% increase in whale song. The results therefore indicate that the first year of observations yielded the lowest amount of whale song. Ryan et al. (2019) explain that a variety of interconnected, environmental factors could have impacted these changes. First, during their initial year of observations, the MBNMS experienced the highest sea levels it had seen within the last 25 years, which was caused by incredibly warm ocean temperatures in the northeast Pacific that specifically impacted coastal and surface temperatures. Ryan et al. (2019) explain that higher sea levels decrease nutrient cycling, an integral process that supports planktonic life like the krill these whales eat, by reducing wind-driven upwellings. Finally, the researchers note that the MBNMS experienced severe toxic algal blooms of domoic acid (among the highest ever recorded in Monterey Bay), which is a neurotoxin to marine mammals.

The authors caution that these results are not causal; but that there is a correlation between shifts in humpback whales’ environment and the frequency and occurrence of whale song. When conditions were stressful, with high levels of toxic algal blooms and low levels of krill, whale song was more infrequent. When temperatures, sea levels, food species, and algal blooms returned to their near normal, and for some thriving, states, whale song markedly increased.

Humpback whales are remarkable, intelligent creatures, and Ryan et al.’s (2019) findings further improve our knowledge of exactly what these clever cetaceans are capable of. By continuing to explore the connections between humpback songs and their environment, we can better dive into the intricacies of marvelous humpback melodies.