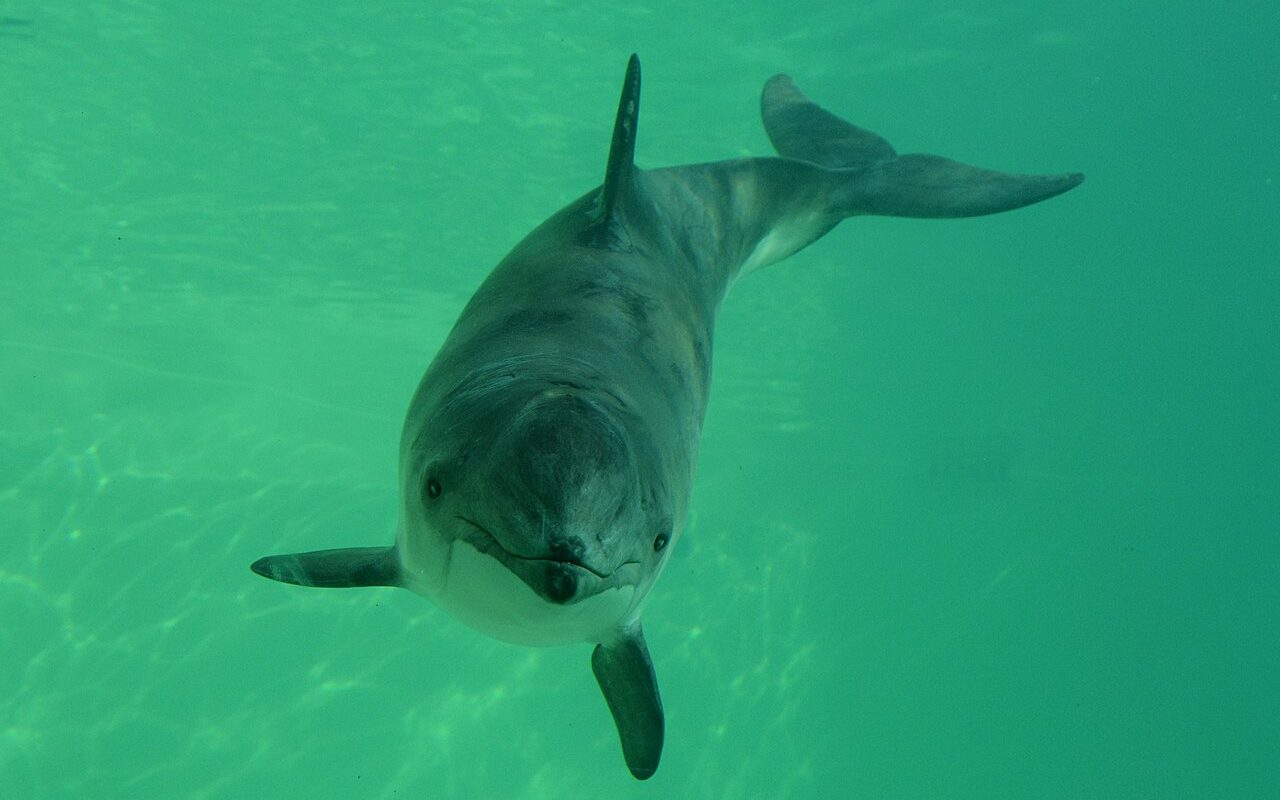 Moving away from fossil fuels

The world is slowly transitioning away from a heavy reliance on oil and gas, and renewable energy resources are expanding. But how will these newer energy sources impact wildlife and ecosystems? The sector of marine renewables represents a largely untapped source of clean energy, but there is still much to learn about the impacts this technology has on marine life.

Scientists in the UK sought to understand how harbor porpoises responded to the placement of tidal stream turbines to their environment. Harbor porpoises usually live in groups of two or three in coastal areas, where they are particularly vulnerable to human disturbances. Tidal turbines function in a similar way as wind turbines – the movement of the tide powers a turbine, and the energy obtained is converted into electrical power. Also like wind turbines, which can injure or kill birds, tidal stream turbines can injure or kill marine animals through collisions with moving rotors. By monitoring the movements of harbor porpoises around a tidal turbine for over a year, researchers hoped to determine how these animals react to these structures and whether there was a high risk of collision that could result in injury or death.

The researchers chose to monitor a single tidal turbine in the Inner Sound, Pentland Firth off the north coast of Scotland. The turbine investigated is part of an array of four other turbines but is located 160-300m away from the other turbines in the array, so there is a lot of space for wildlife to avoid the 9-meter-long rotors. To monitor porpoise movement in three dimensions around the turbine, twelve hydrophones – microphones designed for picking up sounds underwater – were mounted in three clusters on the three legs of the turbine. But how can sound be used to monitor the position of porpoises? Porpoises make “clicks” used for echolocation which can be detected by the hydrophones. So, as long as at least two of the three hydrophone clusters detect a click, the slight differences in the time at which the click arrives at each cluster can be used to determine how far away and in what direction a click came from. Then the researchers can map the location as well as both the speed and direction of porpoise movement near the turbine.

Over 451 days of monitoring, the scientists detected a total of 1,414 porpoise click events. Of these, only 24% included clicks “close” to the turbine. The authors defined “close” as less than 10 meters in front of or behind the area the rotors sweep through and within two rotor radii to the sides of the rotor swept area. Importantly, however, there was not a single detection of a porpoise passing through the rotor swept area while the rotors were moving and only one event where a porpoise passed through the rotor swept area while the rotors were stationary. These results are promising because they demonstrate that the porpoises can clearly detect and actively avoid the rotors and areas close to the rotors. The authors concluded that the risk of collision, which could result in injury or death of harbor porpoises, is therefore extremely low.

Although the time porpoises spent near the dangerous rotor area of the turbines was relatively low, the researchers noticed something else interesting – a high proportion of clicks were found coming from near the turbine base. This observation has implications for both rotor design and a biological understanding of porpoise activity. First, it suggests that a large distance between the rotors and the sea floor is an important feature to consider when designing tidal turbines. If porpoises like spending time near the turbine’s legs, this area should be kept free of dangerous moving parts. Second, the large amount of time spent near the legs of the structure suggest the turbines are impacting ecosystem processes. Past studies have demonstrated that man-made structures in the marine environment function as artificial reefs. It is therefore possible that the legs of the turbine support diverse marine life and create foraging sites for harbor porpoises.

This study has important implications for the success of marine renewable energy sources and the transition away from fossil fuel energy sources. The ability of porpoises to detect and avoid dangerous structures suggest that marine turbines are safe for some marine life; however, future studies need to consider the impacts of tidal turbines on other marine species. Moving towards renewable energy is important for reducing the impacts of climate change, but regulators must also be conscious of how new energy sources could interfere with existing ecosystems.