The coelacanth is the iconic example of a Lazarus taxon, a group thought to be extinct, only to reappear much later and be “born again.” Bizarre events like this are an artifact of the incomplete nature of the fossil record: very few animals are fossilized, and even fewer of these fossils are found. Coelacanths were thought to have died out during the Cretaceous/Palaeogene environmental crisis (66 million years ago), until they were re-discovered off the coast of South Africa in 1938.

Like all four-limbed vertebrates (tetrapods), the coelacanth is in the class Sarcopterygii, meaning it is more closely related to reptiles and mammals than ray-finned fishes (Fig. 1). They inhabit a rocky, deep-water environment (110-400 m), and give birth to live young. The presence of a large, bony sheath located beneath the gut of fossil coelacanths has been known since the 1800’s, and was variously hypothesized to be a swimbladder (an air-filed sac that controls buoyancy), a urinary bladder, or some other unknown internal organ (Fig. 2). More recently, the puzzling sac of Palaeozoic and Mesozoic coelacanths has been described as a primitive pulmonary complex that includes a lung fed by a thin, tubular opening under the gill covers.

While extensive anatomical and physiological studies of living coelacanths were completed following its rediscovery, its pulmonary system remained mysterious. Modern coelacanths have a similar organ, but the opening has migrated to the esophagus (throat), and it is surrounded by fatty tissue instead of bony plates. Little else was known about the structure’s anatomy, development, and its relationship to the calcified organs of extinct species. Using X-ray tomography, Cupello et al. characterized the lung of adult and embryonic coelacanths, and compared it to the fossil record.

Lungs and lung development in coelacanths

The pulmonary complex of today’s coelacanths is a vestigial lung, the remains of a once functioning body part that has slowly been lost over evolutionary time, like the tailbone in humans. The authors know this because the complex fills many criteria of the lung: it leads off the esophagus in the correct orientation, has an opening leading to an internal body cavity, and has a wrinkly internal wall (Fig. 3). Interestingly, pieces of small but flexible plates are scattered around the lung, but not the fatty sheath surrounding it, providing the first hard evidence that the vestigial lung of extant animals is evolutionary related to the lungs (and the bony sheaths) of the ancestral coelacanths (Fig. 4).

Lung growth varies across development (Fig. 5). The organ is larger in embryonic and juvenile fish, relative to both body size and the amount of fatty tissue, suggesting it declines with age. The branch leading off the esophagus is inflated in early embryos, but becomes thin, reduced, and mostly collapsed as the animal grows. While non-functional in adults, the lung may play a greater role in embryos, though young coelacanths are rarely observed in the wild.

The presence of an old lung in a very old fish raises some interesting questions about how fossil coelacanths may have used a functioning organ, and whether it contributed to their astounding longevity in the fossil record. Air-breathing is known in some extant fishes (such as the aptly named lungfishes [click for video!]), particularly those living in waters where oxygen ability is low or unpredictable. These animals use various secondary respiratory organs to transfer oxygen in the air to their blood. The relatively small, thick gills of living coelacanths suggests that have relatively inefficient gills, perhaps suggesting that air-breathing was once important to fulfilling their routine oxygen needs.

The authors hypothesized that as coelacanths moved into deeper waters in the Mesozoic era, the lung lost its usefulness: deep water tends to have more stable oxygen levels, and regularly returning to the surface for air is logistically more difficult at depth. This lead to the slow loss of function in the lung and an increase in the fatty tissue organ as a buoyancy adaption to deeper environments. Migrating into deeper water may have protected coelacanths from the Cretaceous/Palaeogene environmental crisis, which decimated shallow water species, contributing to their persistence into the Holocene. 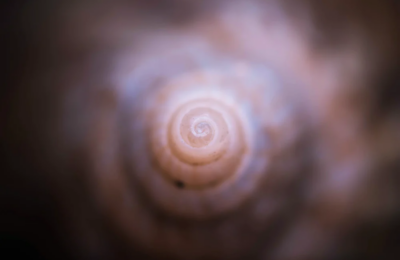