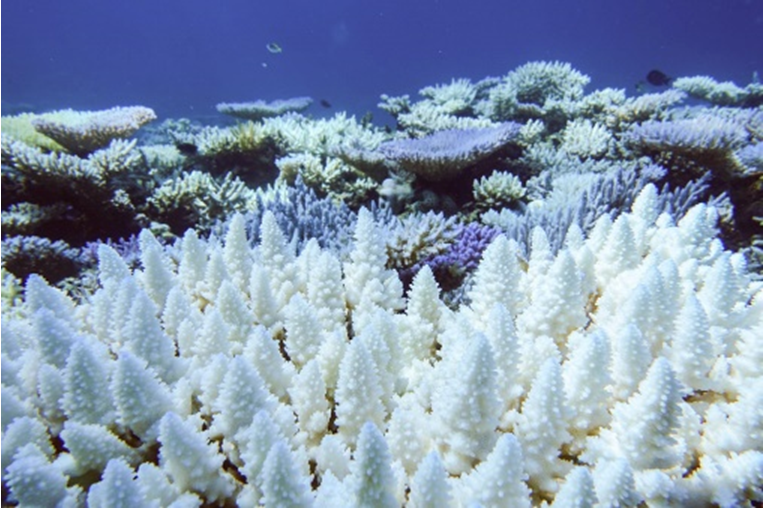 This post is part of a semester-long collaboration with Dr. Michèle LaVigne, a professor at Bowdoin College, who partnered with oceanbites authors to incorporate science communication into her Oceanography classes. This is a guest post co-authored by two of her Oceanography students, Kianne Benjamin and Brielle Martin.

Coral reefs, “the rainforests of the sea” are one of Earth’s most diverse ecosystems, providing habitat for twenty-five percent of all marine species. Coral reefs provide homes for thousands of fish and invertebrates like crustaceans and mollusks, making them invaluable to the tourism and fishing industries. Though coral reefs support the livelihoods of millions of people, they are endangered by rising sea surface temperatures and mining, and destructive fisheries practices such as overfishing and pollution.

Coral reefs are composed of hundreds of thousands of individual coral polyps, a type of invertebrate that lives in colonies. These individual coral polyps have a mutually beneficial relationship with their in-residence microscopic algae, called zooxanthellae. Coral polyps provide a home for the algae while the algae perform photosynthesis, converting light energy from the sun into food, which provides the coral with energy.

Coral reefs are mainly found in tropical zones, where they benefit from the warm waters and sunny weather. Although the warmth of the tropics is the coral’s preferred climate, these latitudes often experience sudden, drastic increases in ocean temperature. These sudden changes can stress out the corals.

These brief, often abnormally warm conditions occur during periods known as El Niño. El Niño events typically last 9-12 months and can cause widespread warming for much of Earth’s tropical regions.

Occurring every two to seven years, El Niño is part of an irregular occurrence known as the El Niño-Southern Oscillation (ENSO). During ENSO, changes in wind circulation patterns and sea surface temperatures occur in two phases. The first phase of ENSO is dominated by El Niño’s abnormally warm temperatures. These El Niño events are immediately followed by a second, abnormally cool phase known as La Niña.

El Niño’s warm temperatures present a unique risk for coral reefs, as they trigger a dangerous process in coral known as coral bleaching.

What is Coral Bleaching?

Just like humans, corals enjoy warm temperatures and sunny weather, but basking in warm waters isn’t always comfortable. At just 1℃ above the temperatures they’re used to, corals feel stressed and threatened by the heat. When corals are subject to increased temperature and light stress, the algae abandon their coral polyp abodes and head for the open ocean, leaving coral structures behind. Without the presence of algae, the malnourished corals become pale and eventually white in appearance, a phenomenon known as coral bleaching.

Because of the abnormally warm temperatures that El Niño years bring, these events present a significant threat to the health of coral reefs. The warm temperatures of El Nino can cause coral bleaching at increasingly high rates.

In looking at the Indian Ocean, we can see a clearly demonstrated example of the effects of this phenomenon. During a particularly strong El Niño in 1998, coral reefs across the globe suffered greatly from the stress of high temperatures, but at two Indian reef regions, abnormally high temperatures led to particularly significant bleaching-related damage. These two Indian reefs of Lakshadweep and Mannar were monitored during El Niño, and the results were shocking. Around 80% of the coral cover was bleached in Lakshadweep, with 90% bleached in Mannar (Arthur, 2000). Even more concerning was the fact that 20% of the coral cover was killed by bleaching-related stress (Arthur, 2000).

The reefs of Lakshadweep and Mannar are just one example of the devastation coral bleaching can cause. As ocean temperatures warm and El Niño events become more variable in intensity, the risk of coral bleaching during El Niño years only increases.

The Future and Recovery of Coral Reefs

Sea surface temperatures may have dealt a heavy blow to coral in Indian reef regions and across the topics, but fortunately coral reefs still have the potential to recover from bleaching. Although bleached coral suffers from lowered growth rates and reproductive potential, coral reefs can fully recover from bleaching events with enough time and comfortable temperatures.

The problem is that as ocean temperatures rise and the intensity of El Niño events becomes more variable, coral may have even less time to recover. Amongst the Indian reef regions mentioned previously, which are already increasingly threatened by human activity, the reefs could take as long as 5-10 years to recover, with the possibility of several species of coral going locally extinct (Arthur, 2000).

As climate change continues to heat up the oceans, the future of coral reefs doesn’t look bright, but it’s the effects that coral bleaching has on the local ecosystem and the community that will be most devastating. Among coral reefs in India, fish and invertebrates dependent on the reef for food and shelter will suffer, impacting the entire local marine ecosystem. As this ecosystem changes, so will the local communities that depend on it. The fishing, cottage, and tourism industries in the area will all take a hit as the reefs’ health declines (Arthur, 2000).

In the face of increasingly warm ocean temperatures and variable El Niño occurrences, providing coral reefs with the time and conditions needed for recovery will be difficult. But there’s still hope for coral reefs. New restoration efforts through coral nurseries aim to increase coral health and abundance. These efforts are increasing globally, and scientists have begun introducing corals raised in nurseries to damaged reefs to restore severely damaged colonies and build up resistance to future warming.

How You Can Help Coral Reefs

By 2050, global reef populations at most World Heritage Sites (Sites recognized for their exceptional cultural, historical and/or scientific significance) could be decimated as global warming threatens coral reefs’ ability to survive. Climate change, accelerated by our increased fossil fuel (coal, oil and gas) consumption, deforestation and intensive agricultural practices results in rising ocean temperatures and can potentially increase the frequency and intensity of El Niño events, both of which are detrimental to reef health.

Here are some steps that can be taken to protect our reefs:

Although threats to our reefs and oceans continue to increase, there is still hope that human action can save coral reefs and the diverse ecosystems that they support. 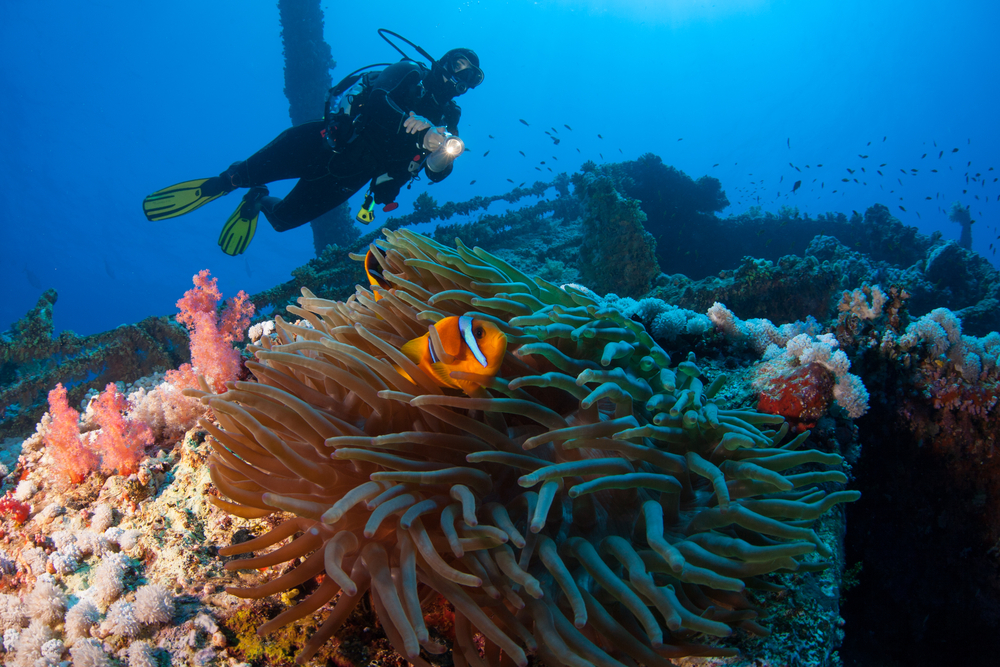