Oceanographers, take note: you’re probably happier than the rest of us.

That, at least, seems likely given the central thesis of Wallace J. Nichols’ Blue Mind: The Surprising Science That Shows How Being Near, In, On, or Under Water Can Make You Happier, Healthier, More Connected, and Better at What You Do—a title that handily makes a summary more or less unnecessary. Nichols argues that water, in all its forms but especially natural bodies of water, has a unique relationship with the human psyche. He calls this connection Blue Mind, “a mildly meditative state characterized by calm, peacefulness, unity, and a sense of general happiness and satisfaction with life in the moment. It is inspired by water and elements associated with water, from the color blue to the words we use to describe the sensation associated with immersion.”

Nichols’ arguments for the existence and mechanisms of Blue Mind are compelling. He draws largely on neurological studies, devoting the better part of a chapter to first explaining how scientists study the brain and the current limitations of those research methods. By giving readers a neurology primer, he avoids making many of the logical jumps than are all too common in popular science books. From there, he details the results of numerous studies that indicate that being in the presence of or interacting with water lights up particular pathways in the brain associated with happiness, calm, and empathy. From surfers to swimmers to fishers, he highlights the experiences of those who find the ocean and rivers to be sources of energy and vitality in their lives, and tells numerous stories of people—including veterans suffering from PTSD—who have found water to be a site of healing and recovery.

At times, Nichols also relies heavily on evolutionary psychology to make his argument. He ponders our evolutionary ancestors’ relationships with water, musing, for example, that “It’s not hard to imagine early humans acting on their innate…emotional responses by setting up camp nearby, likely within view of, water, allowing access but far enough away to be out of harm’s way. … The resulting neurochemical release would mean that a great view that encompassed such safety and access would feel beautiful.”

Perhaps a reasonable supposition, but paired with his tendency to focus on single individuals’ descriptions of their experience of water, Nichols’ argument starts to feel as if it has a major blind spot: culture. It’s not until the penultimate chapter that he acknowledges that “while many people experience positive emotions around the ocean and other natural spaces, sociocultural influences play a part in how we respond to such stimuli.” While evolution and brain chemistry may to some extent explain why water is calming and enjoyable for so many people, it’s important to recognize that our experiences of bodies of water are also shaped largely by our cultural and personal histories—and that many people find the ocean frightening or threatening.

As a result, the most compelling parts of Blue Mind are when Nichols explains how our brains work, and how our surroundings and the things that we choose to focus our attention on—or the things that demand our attention—affect our happiness, our emotions, and our ability to concentrate. While there certainly seems to be a role for water and nature in this respect, they aren’t the only routes to happiness.

Still, the goal of the Blue Mind story, Nichols explains, isn’t to prove that water is a panacea, but rather “to reconnect people to nature in ways that make them feel good, and [to show] them how water can help them become better versions of themselves.” And from a completely anecdotal point of view—admittedly the very lens I’ve so far pushed back on—I have to concede his argument feels quite accurate. Most mornings, I go for a run in the National Zoo here in DC. For the past few weeks, thanks to the end of Daylight Saving time, it’s been light enough that I can see some of the animals, and I’ve made a habit of pausing by the sea lion tank to watch them swim their laps and listen to their breathy snorts when they rise to the surface. While seeing such smart, agile, social animals in an enclosed space makes me feel sad and guilty for being able to run free, watching their graceful turns through the water provokes in me a sense of calm I carry with me for the rest of the day.

Maybe I am genetically programmed for that feeling, maybe not; maybe it’s a result of hardwired neural pathways and maybe it’s the stories I’ve heard and read about the ocean. But in any case, on some level, I have to admit that Blue Mind seems mighty familiar.

Elizabeth Weinberg is a novelist, essayist, and communications specialist based in Washington, DC. She is currently at work on a novel that takes place partially in the Bering Sea. For more information about her and her work, visit elizabeth-weinberg.com or follow her on Twitter at @eaweinberg. 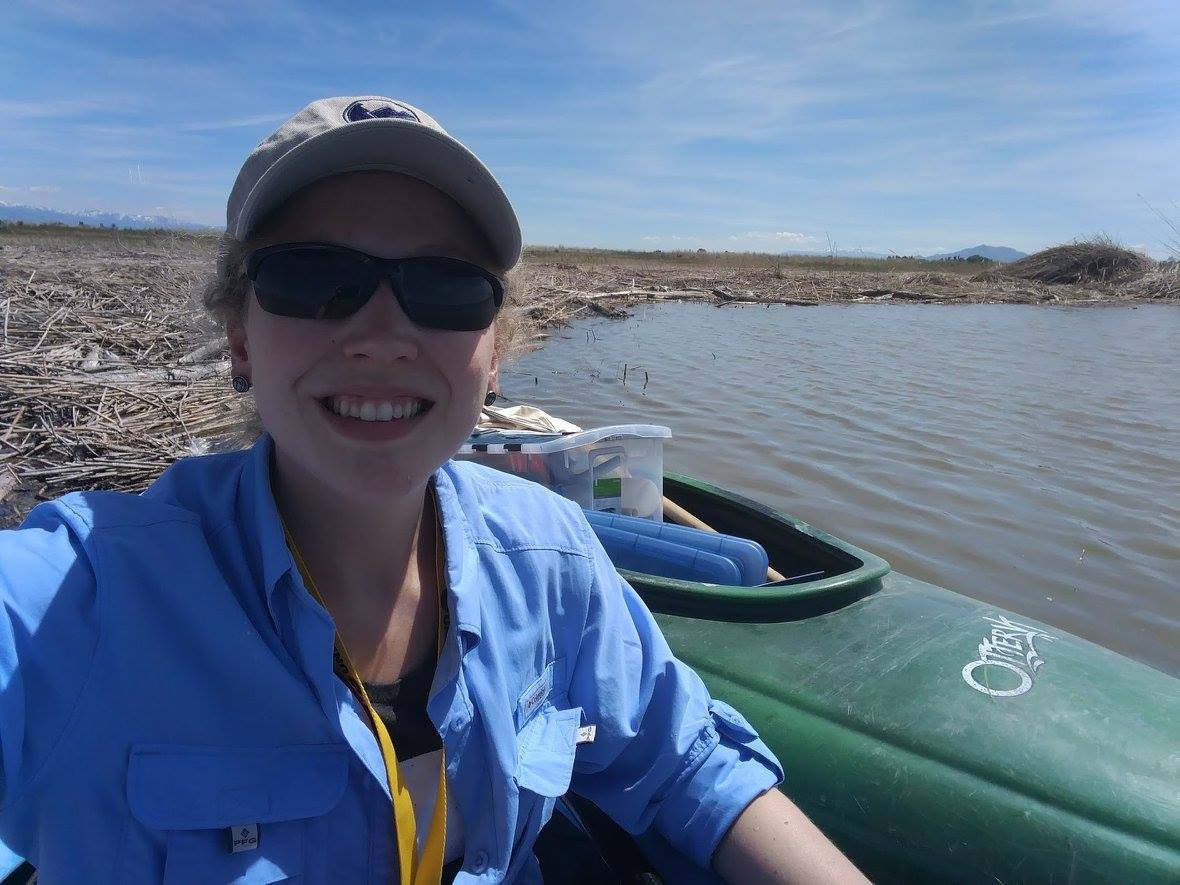