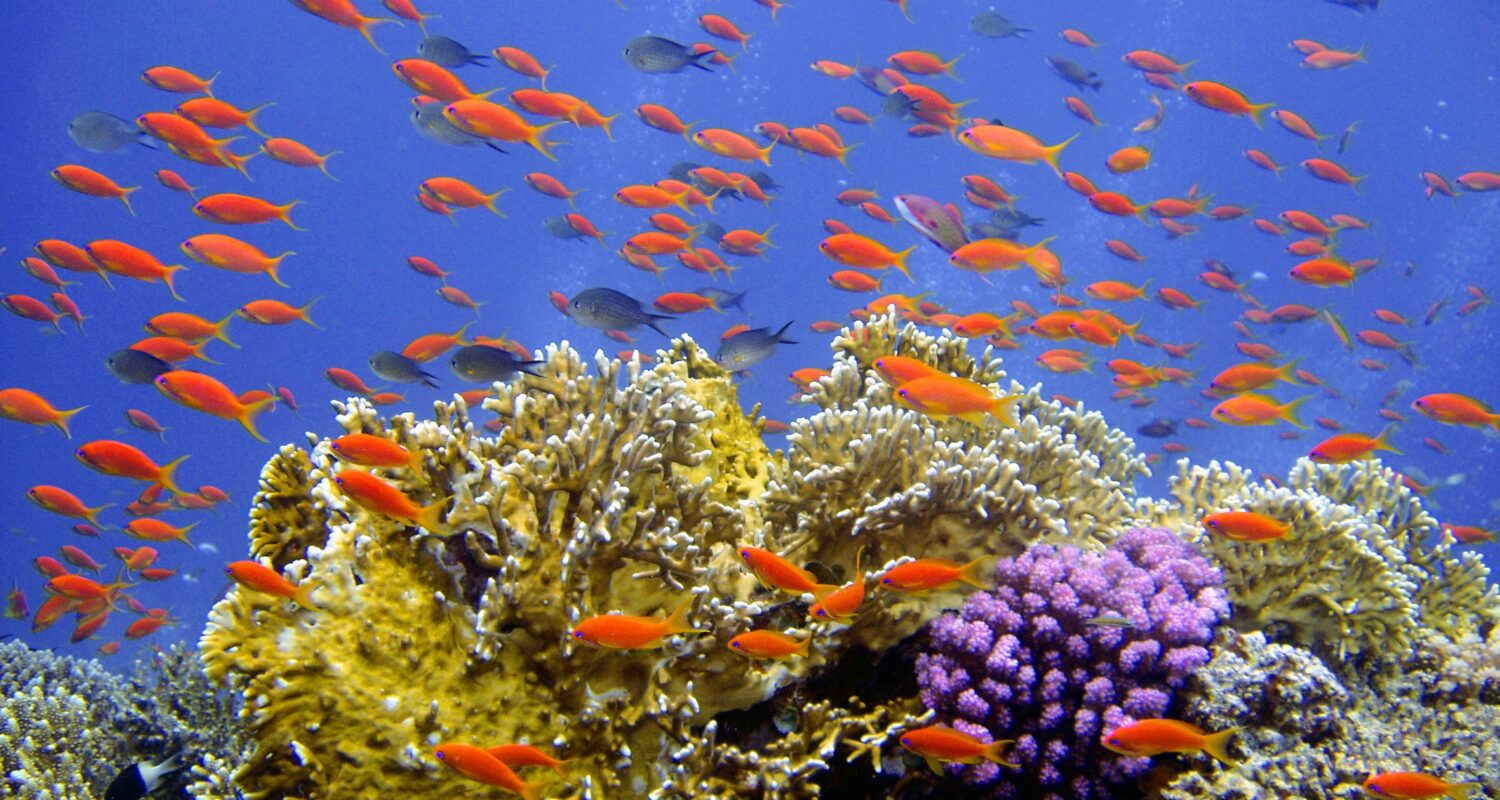 Ever heard of the expression “rainforests of the sea”? Coral reefs only cover a very small area of the ocean floor (around two-thirds of California), and yet they house more than a million species of animals and plants. Coral reefs provide food, protection from storms, and jobs for local communities. The services provided by coral reefs in the U.S. is valued at a whopping 3.4 billion dollars per year!  But coral reefs are under an environmental attack.

Ocean acidification, or the decrease in seawater pH, is a major threat to coral reefs. Tens of billions of tons of carbon dioxide are released every year from burning coal, oil and natural gas. About a quarter of that gets into the ocean, making seawater more and more acidic. The acidity deters the corals from building their skeletons (or “bones”), prevents them from growing, and eventually kills them. But ocean acidification also brings another threat to corals – copper.

Just like us, corals need a little copper in their body to maintain a healthy life. But they can’t take up any form of copper: it first needs to be dissolved in seawater. Yes, copper doesn’t really dissolve in seawater as a lump of sugar would in a cup of tea, but a TINY bit does dissolve in seawater, keeping corals healthy. But more copper dissolves in acidic water, and rising levels of copper in the acidifying ocean, like too much of any good thing, may threaten coral reefs.

An international team of scientists studied how ocean acidification and copper levels affect the Pistillate coral (Stylophora pistillata), a very common species in the Indo-Pacific coral reefs. They divided the corals into four groups. They let the first group grow in present-day seawater, and put the other three groups into “altered” seawater that was either more acidic, had more dissolved copper, or both, over 15 days.

During the experiment, the scientists did a “health screening” of each group of corals to evaluate how well they were doing. Among different measures, they noted in particular that corals grown in acidic water with lots of copper were breathing slower than any other groups of corals. This means that these corals are having trouble growing, because as any other animals or plants, corals need to breathe to produce energy to support their growth. The scientists also found that corals grown in acidic water with high copper levels were slowest in building their skeletons. The team conclude that while high acidity or high copper alone does not affect the coral’s health, high acidity and copper combined together can harm coral health.

If other coral species behave similarly to Pistillate corals in increasingly acidic, copper-rich water, it spells trouble for coral reefs. If we continue to put as much carbon dioxide in the ocean until 2100, there could bet twice as much copper in seawater, which will impede coral growth and kill them. This study provides us with yet another reason to scale down from dumping carbon dioxide into the atmosphere, so that future generations can also enjoy the beauty and benefits of coral reefs.