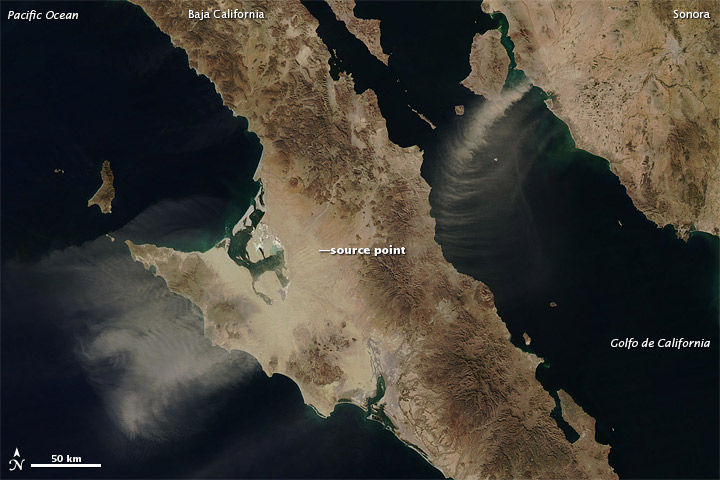 Iron is a mineral we all need to live a healthy life, specifically to make cells that transport oxygen to our hearts and muscles. And just as we need iron in our diet, ocean microbes also need iron to grow. While we get all the iron we need from food, ocean microbes need to look for iron that is dissolved in the surrounding seawater. A major source of iron in the ocean is dust from land. The Earth’s crust is made of iron-rich minerals, and mineral dust from land can travel all the way to the ocean by wind. But when dust falls on the ocean surface, only a part of it dissolves into seawater to release iron, while the rest sinks to the bottom of the ocean.

The “solubility” of dust (or the ability of dust to dissolve) in seawater can vary greatly: sometimes less than a hundredth of dust will dissolve in seawater, or at other times up to 95% of dust will dissolve. This wide range of dust solubility results from a series of factors, such as dust minerals, dust grain size, amount of dust, and acidity and temperature of surface seawater. A group of scientists focused on understanding how sea surface temperature (SST) controls dust solubility in the Gulf of California.

The team also added different amount of dust into waters to find that the solubility of iron is up to 13 times higher when a small amount of dust is added to seawater. This may seem counterintuitive at first, as one may expect to find more dissolved iron in seawater when more dust (and iron-containing minerals) is added to seawater, but this happens due to a process called “scavenging”. This term refers to a process during which chemicals dissolved in ocean (e.g. metals like iron, copper and aluminum) stick to the surface of particles in the ocean surface and sink to the deep ocean. When a higher amount of dust enters the surface ocean, there are more particles iron can stick to. As these particles get heavier and sink, dissolved iron gets removed from the surface, leaving less available dissolved iron in surface waters for microbes to use.

While this study specifically focused on the Gulf of California, the 12ºC difference in summer and winter sea surface temperatures is also observed in other parts of the ocean, like the Mediterranean Sea, Red Sea and the Persian Gulf. The research team suggests that future studies in different areas of the global ocean would be useful, to find out whether the relationship between dust solubility and seawater temperature applies to the global ocean. If this relationship turns out to be a global trend, a future warming ocean may face changes in dust and iron solubility, affect growth of ocean microbes that depend on iron supply from dust, and eventually all marine life that feeds on the microbes.