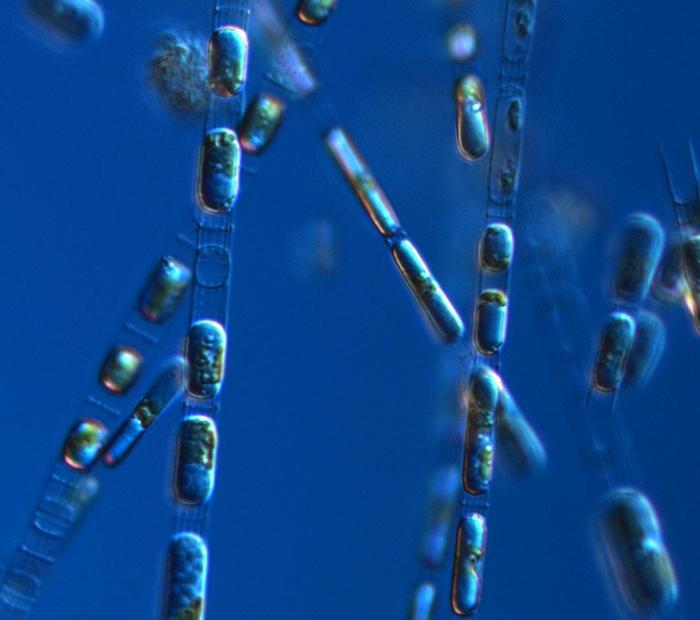 A species of marine algae is adapting to freshwater areas of the Baltic Sea.

Transitional environments like estuaries represent a divide between two worlds. Many organisms struggle to deal with the wide range of salt concentrations in brackish water due to the challenge of osmoregulation, which is a fancy term for the balance of salts and charged molecules inside the cell versus outside. Transitions from marine to freshwater are rare and they do not happen within one organism’s lifetime. Rather individuals with the traits required to adapt to adverse conditions will survive to pass on their genes and over the course of multiple generations, the species evolves from a marine species to a freshwater one. Fish accomplished this transition through evolving specialized organs, but how did algae evolve from marine to freshwater?

The Baltic Sea is the largest brackish water body in the world. It is mostly landlocked, with its only source of saltwater being the North Sea. Because of this geography, salt concentrations in the Baltic Sea vary by 94%! This makes the Baltic Sea an ideal place for scientists to study adaptation and evolution. In this study, the researchers focused on an abundant diatom called Skeletonema marinoi. Ancestrally, S. marinoi is a marine species. Today, it is found all over the Baltic Sea, even in areas that are nearly freshwater. The researchers wanted to understand how this marine species of microscopic algae functions under the dramatic range of salinities within the Baltic Sea.

To tackle this big question, the researchers collected Skeletonema marinoi and measured salinity at eight locations across the Baltic Sea, following the natural salinity gradient from south to north. Back in the lab, the researchers maintained the eight populations of S. marinoi at their native salinity, and then they subjected all eight populations to low, medium and high salt treatments. This is referred to as a “common garden” experiment, which is used by scientists who study evolution to find out which genes cause certain traits to show up in the studied population. While subjecting the eight populations to each treatment, the researchers took repeated RNA samples in order to observe which genes were being expressed under each treatment.

Being subjected to fresh water is stressful for marine species. During the experiment most strains required more energy to maintain growth under low salinity, but the algae cells used a variety of strategies to overcome adversity. To make more energy, the cells increased expression of genes involved in photosynthesis. Most also increased carbon storage by making more fatty acids and other slow-burning food sources, rather than fast-burning sugars. Though single celled organisms lack complex organs, some have special compartments for storing extra sugar and fat molecules that they can call upon during times of stress. Diatoms like S. marinoi are able to alter the structure of their cell membranes to regulate their internal environment compared to the surrounding seawater. In this way, Skeletonema marinoi has a similar strategy to salmon, who have evolved to be anadromous (able to switch between fresh and saltwater). Like S. marinoi, salmon deal with changing salt concentrations at the cellular level by using transport proteins which act as doors to their cells, pumping extra salt out in the ocean and pulling more salts in when in freshwater.

Climate change alters environmental conditions like temperature and salinity in habitats across the global ocean. Understanding how species like Skeletonema marinoi deal with environmental challenges helps scientists understand how species will adapt to future climate change scenarios. In the world of plankton, understanding which species will be the “winners” or “losers” of climate change is important for understanding how food web dynamics and carbon cycling will change in the future. Highly adaptable species like Skeletonema marinoi may continue to be successful as ocean warming alters salinity and nutrient dynamics, while less adaptable species may not be as lucky.