Increasing carbon dioxide (CO2) emissions to the atmosphere eventually find their way into the oceans, gradually reducing the pH of the water, a process known as ocean acidification. This “side effect” of climate change has received a lot of attention in the biology community because most organisms have a narrow window of acceptable pH that they can live at. A lot of research has gone into figuring out the tolerance of different marine animals to lowered pH/increased CO2, and while some species will thrive, most studied animals don’t survive as well under the lowered pH conditions. There is evidence that shelled animals in particular, like clams or mussels or snails, will struggle to build their shells because the lower pH water is corrosive and can cause parts of the shell to dissolve.

Giant clams are a shelled animal, but they’re not your average shelled animal: not only can they grow up to 4 ft (1.3m) long and weigh up to 1100 lbs (500kg), but they also have a unique feeding strategy that involves symbionts.

The giant clam has a partnership with these tiny bacteria; the clam gives them a place to live (the shell) and the bacteria help by photosynthesizing, giving the clam access to nutrients even in nutritionally poor waters. Photosynthesis requires both light and carbon dioxide, so the researcher in this study wondered what net effect the increased CO2 brought on by global warming would have on the clam. Would the increased CO2 help the clam by giving the symbiotic bacteria more fuel for photosynthesis, or would it hurt the clam by causing development and shell growth to proceed slower?

There were 20 giant clams in each of those nine treatments, and for each clam, measurements of shell dimensions (length/width/height/ornamental width) and weight were taken before and after the experiment to determine how much each clam grew within the 8-week treatment time. Of course, they also kept careful track of how many clams survived in each treatment.

The amount of light the clam was exposed to was a big factor in determining both survival and growth. In the highest light condition (represented by PAR 304 – PAR stands for photosynthetically active radiation), 100% of clams survived regardless of the CO2 level they were exposed to. In contrast, in the mid light level (PAR 64), clams in the mid and high CO2 levels died more often than the clams in the low CO2 level (Figure 3).

What does this mean for the giant clam? The species is not immune to the effects of ocean acidification – high CO2 levels reduced both survival AND growth – but some of those negative effects could be counteracted if there was enough light. The giant clam has limited options about where to live on the reef because they need to have enough light to keep their photosynthetic bacteria going, and as depth increases, light decreases. If they need more light in order to avoid the negative effects of ocean acidification, they’ll have an even narrower depth range available to them than they already do and may struggle to compete for space with the animals who already live in those regions of the reef. However, in a species already listed as threatened by the International Union for the Conservation of Nature, it’s heartening to see that they might be able to escape the worst of the effects of ocean acidification. 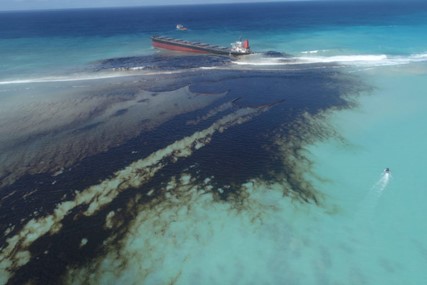