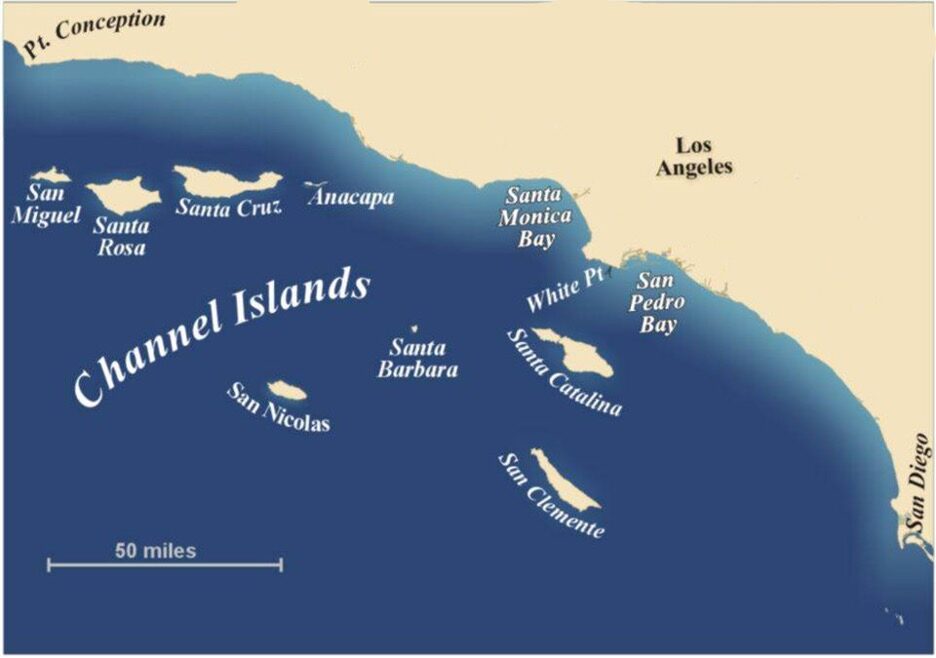 We are all too familiar with climate change and the associated consequences; global warming, ocean acidification, and decreasing oxygen levels in the ocean. All these problems are intensified by the input of excess nutrients into coastal ecosystems. Waters released directly from wastewater treatment plants, or indirectly from agricultural runoff and urban runoff are full of nutrients necessary for phytoplankton growth (nitrogen, phosphorous, and iron). Nutrient rich runoff can trigger coastal eutrophication.  Eutrophication is when excess nutrients cause an overabundance of phytoplankton and plants to bloom and quickly decompose, releasing large amounts of carbon dioxide (CO2). Bacteria consume oxygen and produce CO2 while breaking down phytoplankton. Excess CO2 then causes localized acidification. In short, eutrophication can alter ecosystems, make ocean acidification worse, and cause more low-oxygen events.

Upwelling in The Southern California Bight

The Southern California Bight (SCB) is a productive area along the coast of California thanks to wind-driven upwelling. During the spring, winds drive surface waters away from the shore pulling cold, nutrient-rich water up from the deep. While this promotes a lot of phytoplankton growth in the surface waters, the deeper water is typically more acidic (lower pH) and contains less oxygen, making the area more sensitive to climate change. This study explored how anthropogenic (originating from human activity) nutrient inputs and upwelling influence the ecosystem of the SCB through eutrophication.

Researchers used models to recreate ocean circulation, atmospheric conditions (e.g., wind dynamics), and even the chemistry (pH, oxygen levels) in the SCB. Data from long-term monitoring programs were used to model the conditions from January 1997-December 2000 with (ANTH simulation) and without (CTRL simulation) anthropogenic nutrient inputs. The simulations were then compared to determine the effects of excessive nutrient inputs on the carbon, nitrogen, and oxygen cycles of the SCB.

Model comparisons suggest that without the input of nitrogen from human activities, the SCB would not be nearly as productive. While upwelling and ocean mixing occur in this area naturally and contribute to phytoplankton growth, the phytoplankton blooms in the ANTH simulation (with anthropogenic nitrogen inputs) are much larger than those of the CTRL simulation (without nitrogen inputs). Nitrogen inputs contributed to a longer and more productive phytoplankton growth season in surface waters (down to 30m). As the modeled bloom decomposed in the summer, oxygen levels declined in deeper waters along with aragonite saturation state and pH; both of which are indicators of ocean acidification.

Aragonite is a form of calcium carbonate used by marine organisms to build their shells. When the aragonite/calcium carbonate levels are too low it can be difficult for the animals to build and maintain structurally sound shells. As many marine calcifiers (animals that build their shells from calcium carbonate) reproduce in the spring and summer when the deeper waters of the SCB are more acidic, it becomes difficult for their offspring to develop properly. Additionally, not all organisms can tolerate low oxygen levels, so during the summer they may not be able to survive in water below the surface.

The ocean is often referred to as a ‘sink’ for CO2 because it removes CO2 from the air, combatting what is emitted from human activities. Eutrophication in the SCB enhances this process; the large phytoplankton blooms draw more CO2 into the water. This may seem like a good thing, but bacteria in the deep water are converting much of the extra nitrogen into nitrous oxide, a greenhouse gas 300x more powerful than CO2. A lot of the nitrous oxide is released into the air during the winter, wreaking havoc on the ozone layer.

Urbanization along the coast of the SCB, and elsewhere, has a major influence on the local ecosystem. Over 23 million people live along the coast of the SCB releasing a whopping 2.1 billion gallons worth of effluent into this valuable, coastal ecosystem every day. The release of waste and fertilizer from such a large population significantly exacerbates the effects of global climate change within the SCB. Safe to say we need to better understand the exact consequences of eutrophication and climate change on the SCB and determine a realistic way to better manage our waste.

I am a PhD candidate at the University of Connecticut-Avery Point exploring the dynamic interactions of microplastics and suspension feeding invertebrates. Through both field and laboratory work, I am working to understand which kinds of microplastics (different shapes, sizes, compositions) oysters, mussels, tunicates, and slippersnails consume and determine which species can be used to monitor microplastic pollution in our coastal waters. When I am not working on my research, I enjoy hiking with my partner and pup, being near or in the water, and spending time with family and friends.