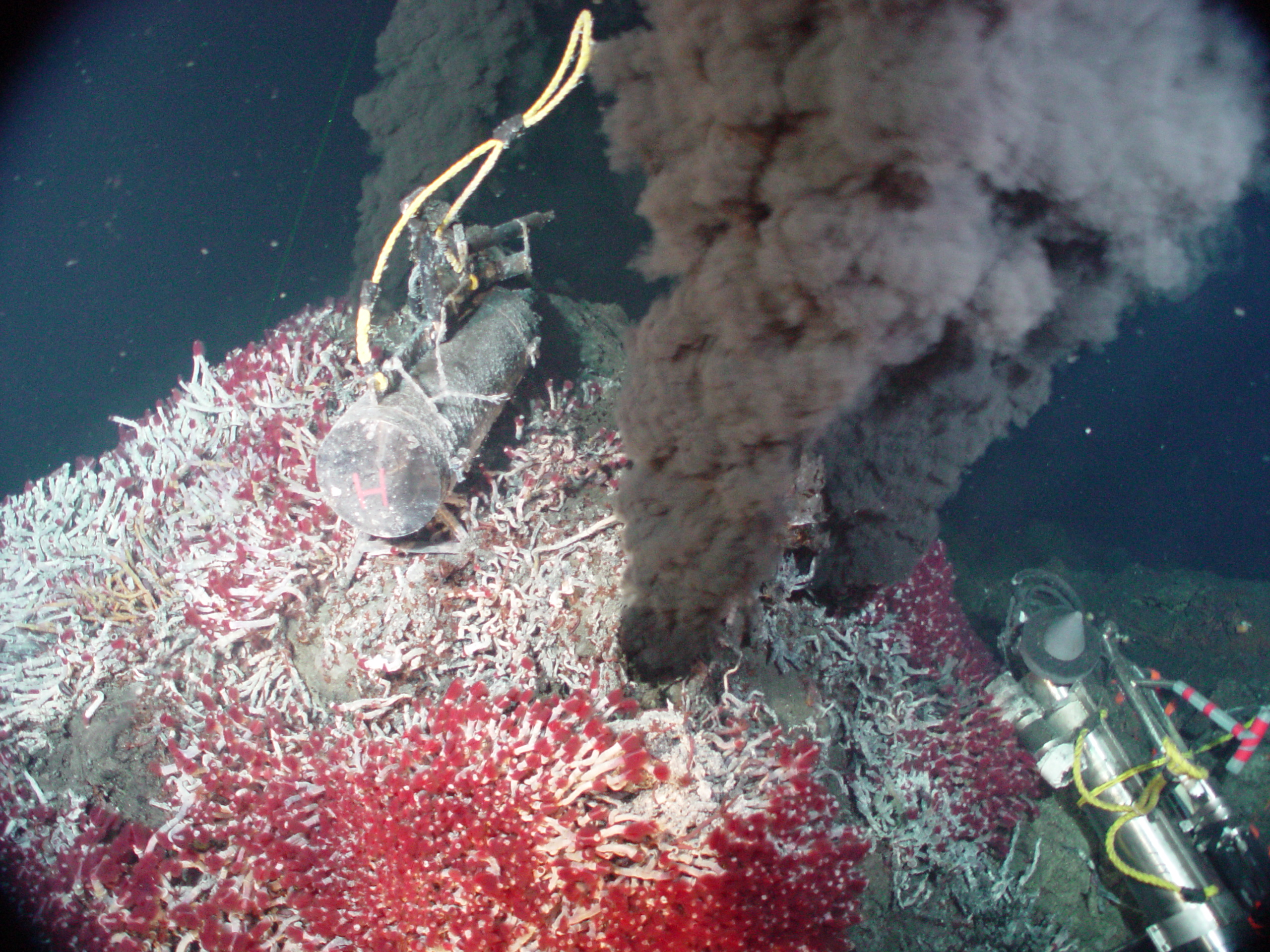 It’s all about energy

Energy flow, the transfer of nutrients and organic matter from abundant algae and bacteria to consumers such as invertebrates and fish, is a central theme in marine food webs. A common view of energy flow in marine systems centers on open water and benthic (bottom-dwelling) algae, that transform light energy into organic matter, which in turn fuels grazing crustaceans and other organisms.

When hydrothermal vents come to mind, you might imagine an underwater volcano spewing up plumes of toxic gases, an inhospitable place that no crustacean or sea cucumber would call home. However, shallow-water hydrothermal vents occurring in coastal zones with ample light can support photosynthesis, which can provide food for benthic communities. Additionally, hydrothermal vents can support lots of different types of bacteria microbes that chemosynthesize – that is, use chemicals from these vents to produce energy for other organisms to eat.

The potential contribution of microbe-powered food to benthic consumers living in hydrothermal vent ecosystems is not well understood. One such vent ecosystem, Keuishan Toa (KST) off northeastern Taiwan, supports high numbers of the vent crab, Xenograpsus testudinatus, which are found in high numbers near the vents and rock crevices, as well as a community of benthic invertebrates-amphipods and sea cucumbers, among others. To understand the major food sources for these various organisms, Chang and colleagues from National Taiwan University collected various samples of crabs, zooplankton, seawater particulate organic matter (POM; small particles consisting of algae and detritus), benthic algae, and vent POM (mainly bacteria). To look at the influence of vents on surrounding organisms’ diets, the researchers collected samples near and far away from the vents.

By analyzing potential food sources and consumers, the researchers identified three major groups of isotopically distinct food sources: vent POM, seawater POM, and benthic algae. Vent POM contributed roughly half to the diets of benthic crustaceans. Crabs collected closer to the vents had isotope signatures that showed a very strong dependence on vent POM in their diets, while those crabs collected further from the vents had a lower dependence on vent POM. This result is striking because the vent crab was previously thought to feed primarily on sinking zooplankton, regardless of where they dwell. This study sheds light on the importance of vents in contributing to the diets of crabs. This study also showed for the first time that benthic crustaceans, including amphipods, mysid shrimp, and krill, were abundant around the vent ecosystem, and that vent POM constituted half of the diet of these organisms.

This study revealed the transfer of energy from vent-associated chemosynthesizing bacteria to higher trophic levels. In this hydrothermal vent ecosystem, benthic crustaceans and even zooplankton, fed on chemosynthezing bacteria and photosynthetic algae to varying degrees. In fact, the study found that vent POM contributed as much as 45% to the diet of zooplankton, which suggests that organisms residing primarily in the open water column can feed on bacteria living in the vent fluids. Understanding the multiple energy pathways supporting these consumers is important, especially considering how ocean acidification and pollution inputs to shallow coastal open water zones may negatively impact photosynthesizing algae that float in the water column. The organic matter rising from these vents may be a critical food source for the local benthic and open water invertebrate consumers, which in turn are incorporated into the diets of higher trophic level consumers. More studies on other shallow hydrothermal vent ecosystems are needed, however, to assess how different benthic communities utilize food resources produced from the vents. 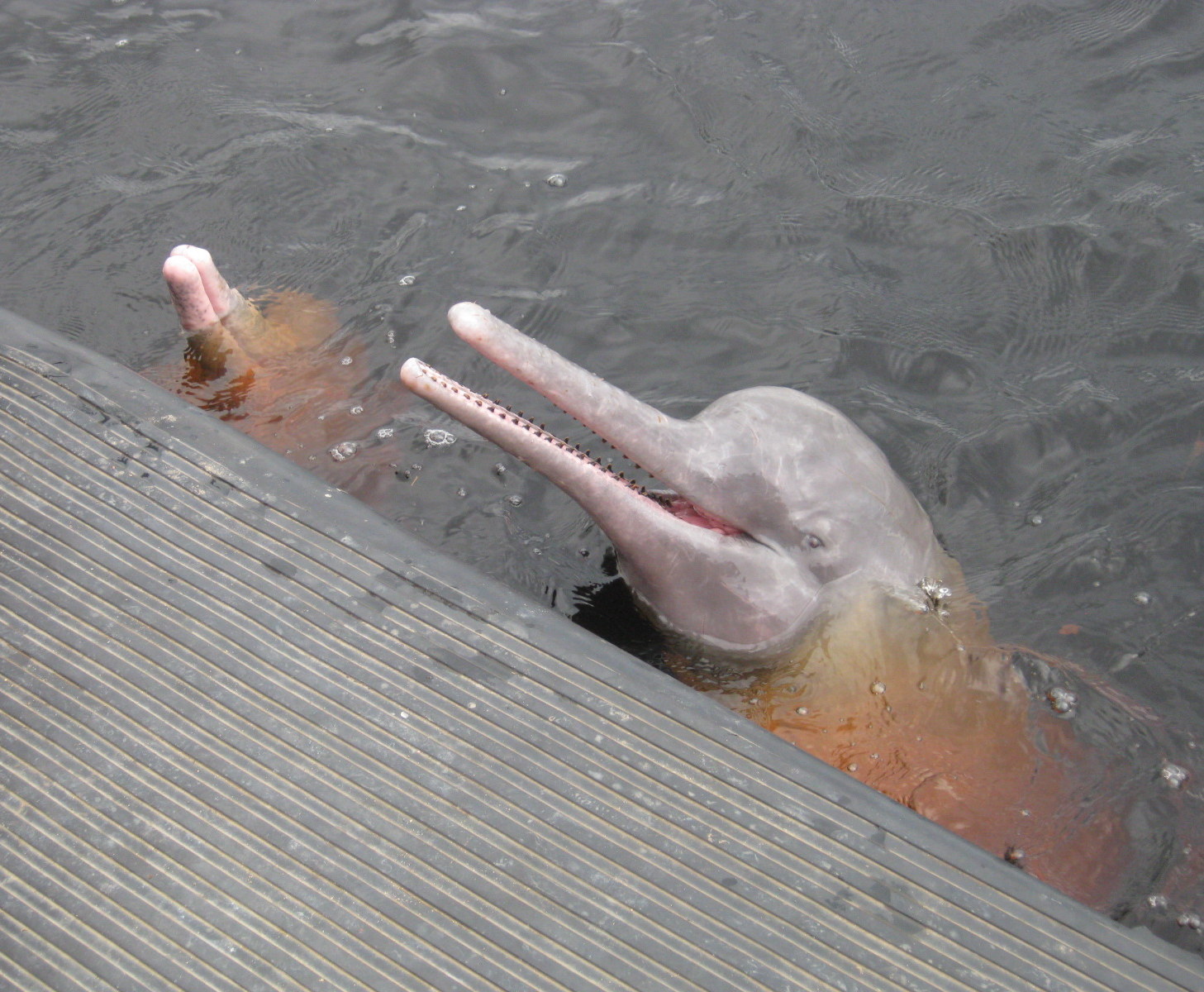