Remote Sensing: Being everywhere all the time

It is important to monitor changes in water temperature. You probably already know this, as warming ocean waters are one of the most noticeable consequences of climate change. Chesapeake Bay is one location where warming waters are becoming a noticeable problem. These warmer conditions are causing numerous ecological problems in Chesapeake Bay such as decreased oxygen content in the water.

Warmer water is a multi-layered problem for stripping much needed oxygen from the water. On a purely physical basis, oxygen is less saturated in warm water, much like how soda is less fizzy at room temperature than when its ice cold. But on a biological basis, warm water speeds up metabolism, making the need for “breathing” also increase. These two processes combined can worsen hypoxia, which is when dissolved oxygen levels dip so low many organisms face death! The consequences of this process are evident in Figure 1 when thousands of menhaden washed up onshore in Rhode Island after a summertime hypoxia event.

Measuring water temperature in an area as large are Chesapeake Bay is more complicated than you may think! Most water temperature monitoring to date has been conducted from sensors attached to buoys and piers. These sampling methods make it impossible to measure temperature change in a wide enough area to truly capture what is happening in a complex bay.

Enter a new advancement: remote sensing. Using satellites to measure water temperature allows us to measure mean temperature changes from the comfort of an office. Water gives off some of the heat energy it absorbed from the sun throughout the day; this released energy can be measured by satellites. In a way, remote sensing is like having hundreds of buoys perfectly spaced throughout the bay!

The approach: Satellites allow us to be “everywhere”

This study used the Landsat Thermatic Mapper data from the Landsat 4, 5, and 7 satellite archived data from the United States Geological Survey for the upper two thirds of Chesapeake Bay (Figure 2). An algorithm (equation created from data to look at relationships) was used to translate the satellite observations into water temperature. This data set makes 30 meter grids of climatological data, each grid is roughly a 100 ft by 100 ft box. For reference, a football field is 360 ft by 160 ft. This coverage translated to 196 grids, or 196 “remotely sensed stations” to monitor water temperature throughout Chesapeake Bay.

Of course, the researchers wanted to test how accurate the satellite measurements were, so they compared it to a ground-based pier monitoring station on a pier in the Patuxent River. It turns out the satellites do an excellent job, as a linear regression showed there was no statistical difference between the pier-based monitoring system and the satellite.

The researchers in this study looked at 4 climatological factors: the absolute warmest temperature each year and the day of the year that temperature occurred, and the absolute coolest temperature and day which it occurred. These factors where looked at in 5 year moving windows (1984-1988 then 1985-1989 and so on). This allows for mean annual trends to be smoothed, which makes trends easier to visualize.

Why this difference in warming? To follow-up, this study looked at power plant locations. Power plants often take in water as a way to “cool down” the power-making process. Unfortunately, this means that the water released back into the Bay becomes warmer. Another possibility is that many of these tributaries are in highly urbanized regions with a ton of impervious surfaces. Impervious surfaces, like roads and sidewalks, are materials that do not allow water to pass through (which is why you see puddles on roads so often). This process can also warm up runoff since it is more exposed to the sun. Think about how hot a road gets in the summer sun!

This observation that water is warming, and at a faster rate than air, could have many environmental consequences. For example, warmer water could increase the chance for hypoxia, which can cause noticeable effects such as fish kills to less obvious effects such as decreases in beach tourism. Warming water also changes the range of many organisms. For example, eelgrass is presently at its southernmost “livable” area, so warming waters could make Chesapeake Bay too warm for this blue crab habitat to exist.

As our climate continues to change, it is important to monitor water temperatures to understand ecological stressors, such as enhanced hypoxia or changes to organisms’ environmental range. This study showed that satellite data can be used to get surface water temperatures over huge areas, such as Chesapeake Bay. This spatial coverage reveals that water temperatures are increasing faster than air temperatures. While more work needs to be done, urbanization and power plants are a possible cause. 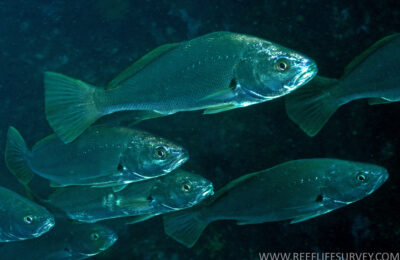