Climate change is poised to dramatically alter the make-up and functioning of Earths’ ecosystems, including those in the oceans. Faced with increasing temperatures, rising sea-levels, and changing nutrient cycling processes, it’s no surprise scientists are already seeing declines and range shifts in marine organisms. Many plant species are moving poleward to exploit newly warmed habitats at the far reaches of their global distributions. In the tropic and sub-temperate zones however, where temperatures are expected to fluctuate more often and to greater extremes, stationary marine plants must adapt in other ways. Reynolds et al. show new evidence for temperature adaptation among these warm water plant populations.

Right in the middle

Countries all around the world are expected to experience an increased frequency and severity of extreme weather events as global climate change continues, but especially those in the tropics, where hurricanes, typhoons, and other storms are already most common and violent (Fig 1).

For plant populations in these areas, adaptation through migration is simply not an option, as a multigenerational move to cooler waters could take hundreds of years. Instead, these populations must possess enough variation in their response to high heat to ensure that at least some of their individuals survive temporary warming events. They can do this by exploiting genetic mutations (natural variations in the DNA of each plant), if some individuals (or genotypes) in the population possess mutations that affect heat response behaviours. This study, which used Zostera marina (marine eelgrass, Fig 2) as an example, suggests that some plants do in fact possess this genetic diversity and may make use of it in advantageous and interesting ways.

A collaboration of researchers from the University of Florida, the non-profit Institute for Wildlife Studies, and the University of California Davis, Reynolds et al. experimentally manipulated the temperature environments of a population of eelgrass from Bodega Bay, California to simulate a 5-week long heat wave.

Bodega Bay is located right in the middle of the distribution range for Z. marina and individuals are known to express a variety of genotype-specific responses to heat stress. Half the plants were treated with a 4.5°C (8°F) increase in water temperature, maintaining all other environmental variables, while the other half of the plants were left at ambient water temperature as a control. As the season progressed, the researchers monitored the plants for signs of productivity (photosynthesis and measures of growth) and heat stress (loss of productivity). They then returned the temperature to normal and gave all the plants an equally long time to recover, while continuing to monitor for these traits.

The waters off Bodega California are around 14-15°C (57-59°F) in the summer. Not surprisingly, the plants exposed to the heat treatment tended to increase their productivity relative to the other plants, as photosynthesis becomes optimized for most plants around 20-35°C. However, during the recovery phase when temperatures returned to normal, these plants experienced a dramatic decrease in shoot production and size, the main indicators of productivity. Why did this happen?

Photosynthesis, the process which produces energy, is complemented by the same metabolic process that animals use to exploit stored energy, respiration. Scientists are already aware that plant productivity can briefly increase at higher than normal temperatures as well as dwindle shortly after, as respiration begins to exceed photosynthesis. What’s really interesting is that while this trend was true for all genetic varieties, some genotypes seemed to be more tolerant of the temporary stress than others, experiencing a less extreme reduction in productivity during the recovery phase. Generally, plants that grew quickly at the start of the heat wave tended to be the most negatively impacted during the recovery phase. So it seems there is a trade off between growth at normal temperatures and growth at high temperatures. Or, if you’re the best competitor in one temperature environment, you can’t be the best in the other.

This result is likely explained by the eelgrass’ ability to store carbohydrates, the product of photosynthesis, in their rhizomes. Some genotypes may be better equipped at storing or using their carbohydrates, allowing them to forgo photosynthesis for longer than their neighbours and carrying them through the costly respiration phase. It’s kind of like being really good at holding your breath.

So what does this mean for marine plants battling climate change? Well, it seems that genetically diverse populations of plants may be better equipped to survive the extreme weather events that are becoming more common due to climate change. Temperature increases do carry negative implications for plant productivity but these effects seem to be highly variable between individuals. This is a large part of why historical disasters like the Bubonic Plague and multiple flu pandemics didn’t wipe out the entire human population; protection by genetic diversity. Stands of marine plants that are genetically diverse may have higher individual survival during temporary temperature spikes, if some of these slow-growing, temperature adaptive individuals are present in the population. This could be reassuring news for those worried climate change will wipe out even more of an already dwindling global diversity.

What’s even more exciting is that this process should be self-sustaining. When gaps are created in eelgrass beds by high impact fishing methods like trawling, for example, individuals with high initial growth and reproductive rates are the most likely to colonize and dominate the new site. This phenomenon is well known in community ecology. Under a sudden warming event, however, those early colonizers may become poor competitors, as their fast growth seems to cost them productivity later in life. This allows the “late bloomers” to move in, thereby maintaining genetic diversity within the population and creating a positive feedback loop where frequent warming events promote biodiversity.

For eelgrass species, which act as a major erosion control solution for coastlines around the world, a food source for grazing marine species, and are widely recognized as one of the most important habitat-forming organisms on the planet, this maintenance of genetic diversity could mean the difference between persistence through climate change and total ecosystem collapse. It’s still not known whether heat tolerant genotypes are also tolerant to other stressors, such as light reduction or increased nutrient loading, which are also becoming more common under climate change, but this study acts a valuable first step in understanding the response of marine plants to climate change pressures and may provide valuable knowledge towards the future restoration of important marine habitats. 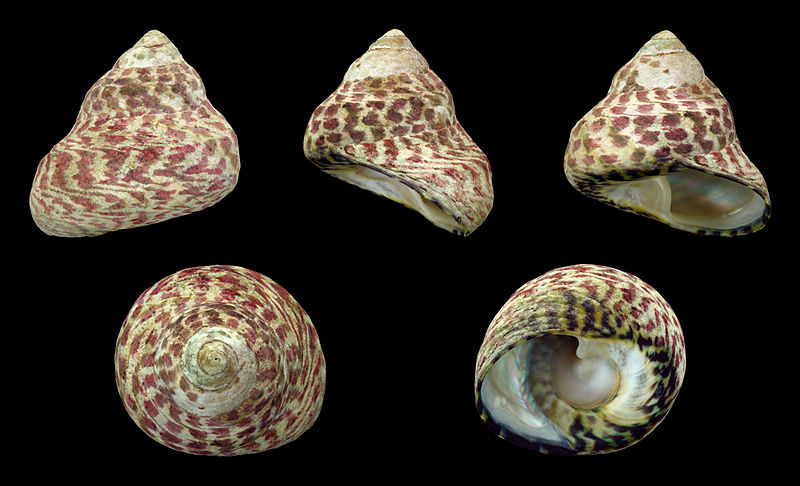