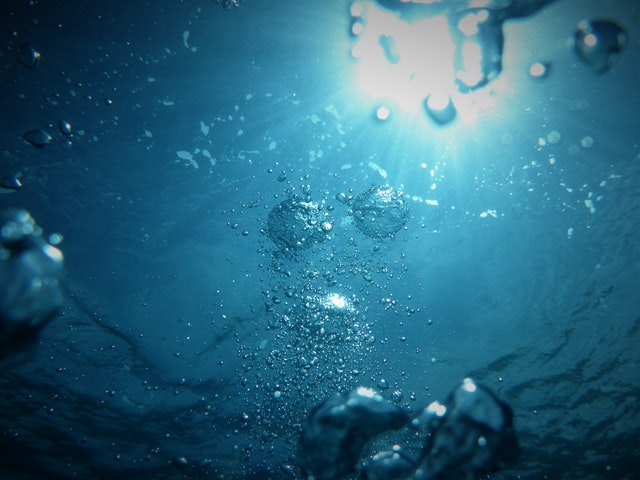 Increases in methane released from the Arctic seafloor may be a troubling consequence of rapid Arctic warming. For years, scientists have expressed concern that increases in ocean temperatures may destabilize gas hydrates, or white crystalline solids composed of water and methane (a potent greenhouse gas), present in Arctic marine sediments. Arctic gas hydrates have remained stable due to the high-pressure, low-temperature environment of the deep sea.

Archaea are single-celled organisms that, like bacteria, lack a cellular nucleus. They are present in marine sediments and consume up to 90% of the methane released from gas hydrate deposits before it can enter the water column. A specific type of archaea, called anaerobic methanotrophic archaea, consume methane by oxidizing it in an anerobic (oxygen-lacking) process. These archaea often co-occur with sulfate-reducing bacteria at sulfate-methane transition zones within marine sediments, where sulfate and methane occur simultaneously as sulfate moves down the sediment column and methane moves up the sediment column.

In addition to preventing methane from being released into the water column, these archaeal and bacterial communities are essential in supporting other life, such as a specific type of tubeworm, which relies on the sulfide generated by the bacteria at these sites. Unfortunately, if changes in methane release affect these archaea, the communities they support could also be impacted – without the archaea and their co-occurring bacteria producing sulfide, the tubeworms will be unable to survive. Understanding how archaea respond to methane increases is therefore vital to predicting the effects of climate change on these complex communities and their ability to prevent methane release – and a new study set out to do just that.

A team of researchers collected samples from gas hydrate-bearing seafloor mounds in Storfjordrenna, a location off of the coast of the Arctic island of Svalbard. Their goal was to determine how changes in the amount of methane released from gas hydrates could impact methane-oxidizing archaea. By examining sulfate concentrations in the sediment samples they collected, the researchers were able to identify three types of methane transport sites: 1) steady-state sites, or locations with constant methane flow through the sediments, 2) non-steady-state sites that had experienced recent increases in methane release, and 3) sites with active gas seepage, where methane was being actively released into the water column from the sediments.

Scientists used their measurements of sulfate in the sediment to create a model that could estimate the rate at which the sulfate-methane transition zone (where methane-oxidizing archaea and sulfate-reducing bacteria occur) moves upwards though the sediment as methane flow increases. By determining the rate at which this zone moves through the sediment (and correlating it with counts of specific genes associated with these archaea and bacteria), they were able to determine when these microbes are present at certain locations within the sediment. The researchers were then able to conclude that it would take up to a year before these archaea and bacteria began to grow in new locations in the sediment where methane levels have increased.

This research revealed important information about how archaeal communities that are vital to preventing methane release might be affected by climate change. Now that we know that it could take up to a year for archaea to grow in response to increases in methane, scientists will be able to better predict how much methane could be released into the water column and atmosphere before methane-oxidizing archaea are able to prevent the release of this powerful greenhouse gas.

I’m a Ph.D. candidate in Ecology at the University of North Carolina at Chapel Hill. I study marine bacteria, their interactions, and their role in oceanic carbon cycling.