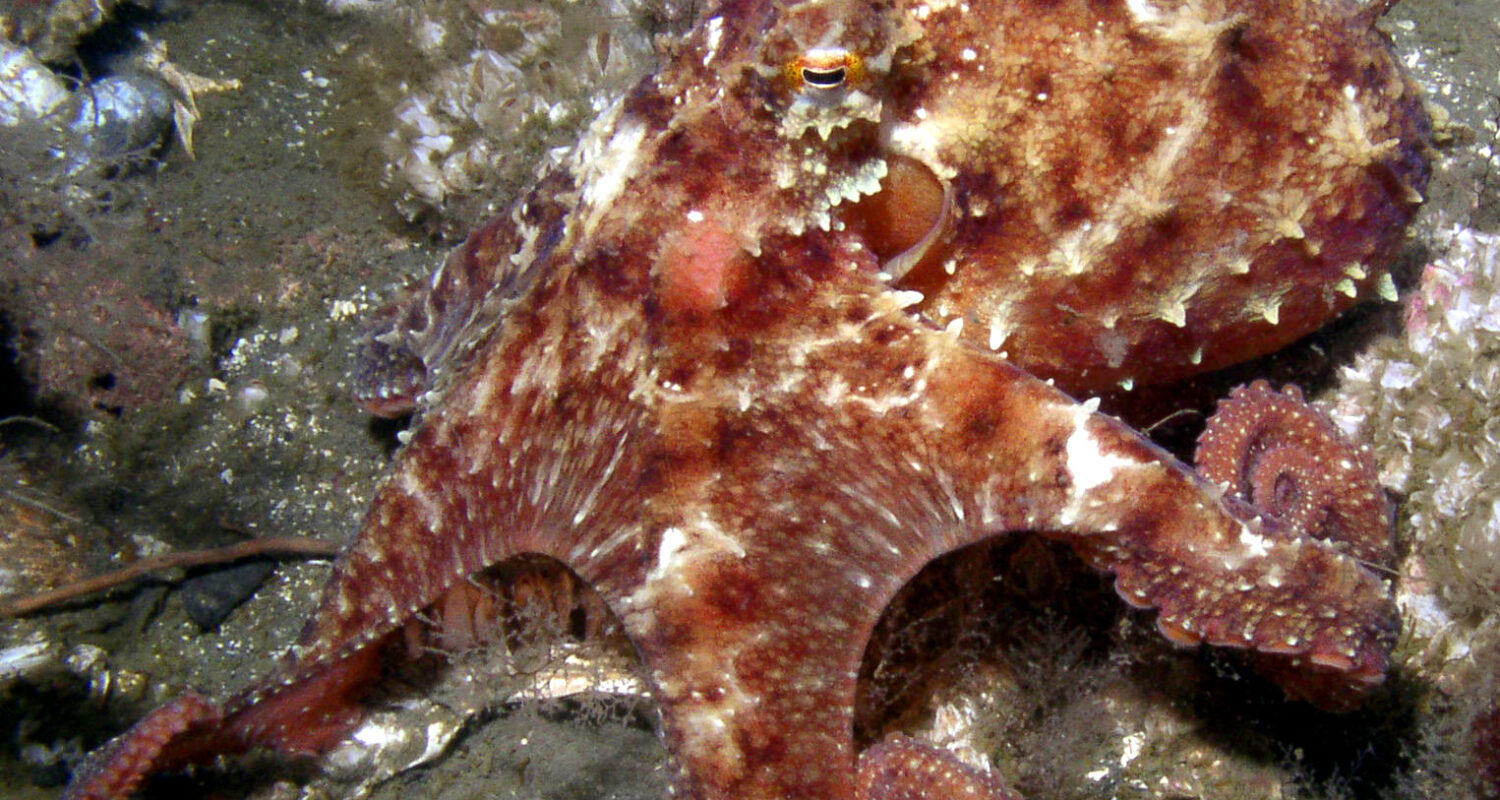 When carbon dioxide is released into the atmosphere, lots of it is absorbed by the ocean, and this changes the ocean’s chemistry. When the carbon dioxide reacts with the water, it creates carbon acid, which makes the ocean more acidic, a phenomenon known as ocean acidification. The ocean’s acidity has more than doubled in the past ten years alone, and this can have serious consequences for marine organisms.

Ocean acidification affects marine animals with hard calcium shells, like coral polyps, since those shells are sensitive to more acidic pH. Acidic water can dissolve existing shells and make it harder for these animals to grow new shells, leaving them vulnerable.

To investigate less obvious damage the environment can have on marine animals, some scientists have focused on physiology. One way to measure physiological impacts is by looking at changes in the rate of animals’ energy use, or its metabolic rate. By measuring how quickly an animal consumes oxygen, you can get an idea of how the animals’ metabolic rate changes in response to ocean pH. This study looked at how ocean acidification affects a common octopus species, the East Pacific red octopus (Octopus rubescens), by measuring its metabolic rate.

Octopuses were collected in Anacortes, Washington from a garden of discarded bottles. Beer bottles are thrown over the sides of boats and these thrifty home renovators have taken to making their dens inside them, turning what would normally be destructive litter into an octopus hotspot!  Researchers collected some of these octopus-filled bottles and sealed them in plastic bags, then brought them ashore. From there, they were transported down the road to Rosario Marine Laboratory in Anacortes, WA.

Upon arriving at the lab, the octopuses were put into two different ocean acidification treatments, one short term (1 week), and one long term (5 weeks). They were exposed to present and predicted future ocean acidity levels, and were monitored to see how their metabolic rates changed in response.

Researchers  found octopuses exposed to higher ocean acidity started breathing more quickly, as their metabolic rate sped up. However, over time the octopuses’ baseline metabolic rate, or their Routine Metabolic Rate, returned to normal levels. This suggests that octopuses can acclimate to acidification, just like a mountain climber can acclimate to high elevation as they ascend.  However, researchers also found that the octopuses’ tolerance to low oxygen, or hypoxia, dropped after long-term exposure to high acidity treatments. Essentially, the octopuses needed more oxygen to breathe than before. It’s as if the mountain climber used to not get altitude sickness until 20,000 feet, but now they are getting sick at only 15,000 feet.

Octopus have so far been doing well in response to climate change. Their numbers have grown, and they are found in more places than ever before. But increasing ocean acidification could be a big problem. Octopuses like small spaces, and they tend to live in little holes in rocks, under sand and mud, and even in littered beer bottles! But as cozy as they are, small spaces tend to be low oxygen environments. If ocean acidification impairs an octopus’ resilience to low oxygen environments, this could have drastic impacts on the group. Octopuses may be forced out of their dens, where they could be exposed to predators. As climate change continues, we should keep a close eye on how ocean acidification influences these unique animals.

One thought on “Are Octopuses Acid-Proof?”