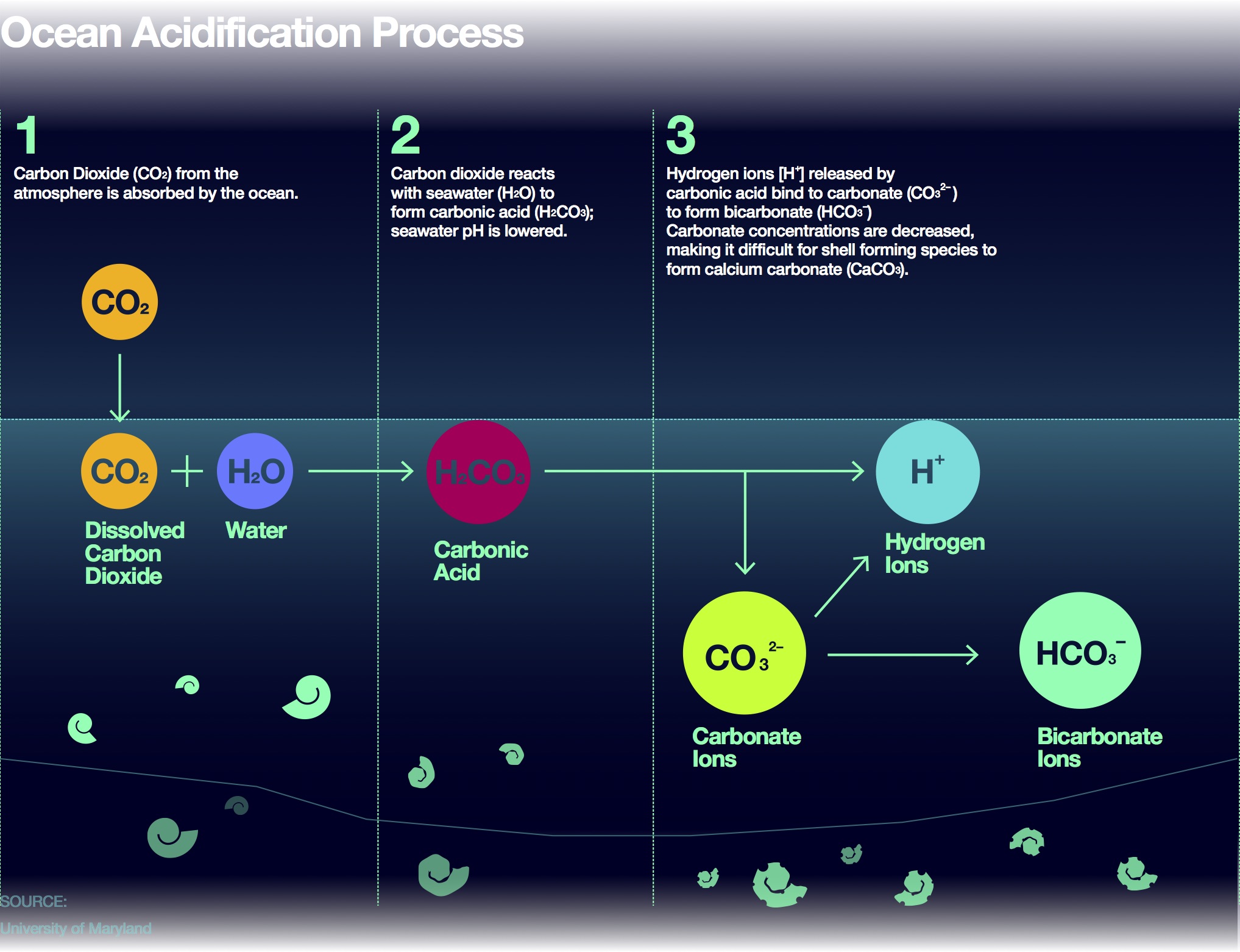 Carbon dioxide (CO2) features in the list of pollutants mainly as a greenhouse gas that causes global warming by trapping heat and increasing the temperatures on the earth’s surface. But this gas when produced in excess can cause slow but devastating effects in the earth’s oceans as well. This process is called ocean acidification. A group of scientists that specialize in this topic discuss the details in a recent review paper.

What is ocean acidification?

Atmospheric CO2 is also absorbed by the ocean. It acts as a major sink for the excess CO2 released in the atmosphere due to pollution. You might think that this is a good since it would leave less carbon dioxide in the air to warm the planet but in the past decade scientists have shown that this is altering ocean chemistry.

Activities such as burning fossil fuels, deforestation and industrial pollution cause an overabundance of CO2 to be released in the atmosphere. Carbon dioxide (CO2) reacts with water to form the bicarbonate (HCO3–) and hydrogen (H+) ions. Excess carbon dioxide results in excess hydrogen and bicarbonate ions. Excess hydrogen ions increase the ocean acidity whereas excess bicarbonate (HCO3–) ions lower the concentration of carbonate ions (CO32−). This change in sea water chemistry that includes increase in acidity and reduced carbonate ions leads to ocean acidification. This change is brought about by putting out excess CO2 mainly produced by human activity over a long period of time. It has far reaching implications for marine animals, plants and indirectly to humans as well.

Shells and skeletons of some marine organisms are made up of calcium carbonate (CaCO3). Sea creatures that possess shells like oysters, abalone or clams as well as reef-building corals are adversely affected by acidification.

Their shells are built by combining calcium and carbonate from the seawater. Due to the shift in concentration of carbonate ions fewer ions are available for shell builders or for coral skeletons. Ocean acidification makes it difficult for these organisms to build or maintain their shells and skeletons threatening their existence in the future.  In fact, the shells of some animals are already dissolving in the more acidic seawater, and that’s just one way that acidification may affect marine life.

Effect on other marine organisms

Besides shells and skeletons other bodily structures in marine animals made from calcium carbonate are also affected. This includes otoliths, small calcium carbonate structures (inner ear bones) in fish ears that help them maintain balance. Non-calcifying organisms are no exception to adverse effects of ocean acidification. It can affect reproductive and nervous systems, physiological and energy generating functions of marine animals and disrupt their behavioral and sensory abilities.

The impacts of ocean acidification are extensive and far reaching. We are just beginning to recognize and understand the breadth of its impacts to our oceans. Our oceans are made up of different types of marine animals and plants that interact with one another and depend on each other for food and survival. Scientists are working hard not only to estimate how ocean acidification affects individual organisms such as shell builders but also how they affect marine communities and ecosystems.  For example, corals support a large number of marine species and effects of ocean acidification on corals will have indirect effects on all the ocean life they support.

By the same logic, small and large businesses and coastal communities that heavily depend on the ocean will also be affected by ocean acidification. These are also called ecosystem services, or nature’s contributions to people. Consequences on fisheries and aquaculture that supply the beloved fish, shrimp and other marine food sources are perhaps a little easier to understand.  As ocean acidification impairs growth of commercially important species, it is very likely that shellfish harvests will be reduced for some species, creating a huge economic and cultural challenge for people who rely on these resources. These socioeconomic impacts are going to be long term but are quite challenging to estimate.

What can you do?

Talk about it. Spread the word. Be aware.

The ultimate solution to this problem just like global warming is to reduce global CO2 emissions caused by human activities. This is not an easy fix but education about these important topics can help to make the right decisions and policy changes. What we need is a world-wide effort to mitigate these long-term effects and awareness is the first step in making a change. 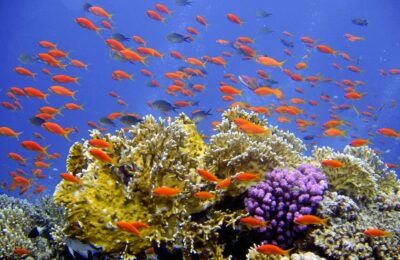