With climate change, increased levels of carbon dioxide (CO2) in the atmosphere is dissolving into the oceans, lowering their overall pH and making it more acidic, a process termed ocean acidification (OA). Oceanbites writers (including yours truly) have posted a great deal of articles on ocean acidification, mostly because it’s such a hot topic in the marine research world right now. It’s vital to our shellfisheries and conservation efforts that we understand the effects of ocean acidification on animals. There are a bunch of published papers documenting what happens when you put a specific animal, like yellowfin tuna, lobsters, and sea urchins in more acidic water.

However, in the real world, an animal rarely contends with just low pH. The water quality can be poor and stress animals out – it can have too little oxygen (hypoxia), or be too hot, or not have enough sea salt. Work by the scientific community suggests that ocean acidification has far reaching consequences beyond such abiotic factors. What about the animal’s need to find food? Or reproduce? Or fight off disease? The researchers in this study wanted to take a closer look at what happens when stressors are combined. Rather than see what happens to these animals when we dial up the acid, let’s see what happens if we dial up the acid AND give them some parasites to fight off.

The researchers here used a common marine snail, the southern creeper horn snail (Zeacumantus subcarinatus) and three of their common trematode parasites. Trematodes are some nasty parasites for the horn snail: when they get into an infected snail, they replace the reproductive tissue in males with their own tissue (Figure 1), leaving them unable to reproduce.

Snails were held in tanks for 90 days and survival was assessed weekly by poking the snails with a stick and seeing if they moved. If they didn’t move two weeks in a row, they were classified as dead. Science!

I’m sure you’re all thinking (as did the researchers) that the infected snails in the lower pH treatments would be more likely to die than the uninfected snails.

Surprise! The snails with the infections were resistant to the effects of low pH on survival (Figure 2). The uninfected snails showed a significant response to the decreased pH – as the pH decreased, more snails died, which was to be expected. However, when you look at the infected snails, the influence of the pH treatment was hardly present – the snails died at similar rates despite the differences in pH.

The researchers think that the indifference to the pH treatments has something to do with reproductive tissue that’s being replaced by the trematode parasite. Because the snails are effectively castrated by the parasite, they invested less energy into reproduction. This “left over” energy in their budget can now be used for the increased energy costs of dealing with the lowered pH.

Of course, this isn’t good news for the horn snail populations. Even though they may survive in low pH, these males can’t reproduce because of the parasite, meaning the population is still at risk for decline. But, this study shows us the importance of considering all the different factors at work here when we study the response of any animal to climate change. Much like no man is an island, no one factor will tell you the whole story. More multi-stressor experiments like this will give us a better idea of what to expect from future ocean conditions!

Your turn: What parallels can we draw here to marine conservation? For example, if we set up a marine protected area to protect a certain species from fishing pressure, larger predators may notice and use that “protected area” for a feeding ground. What ideas can we come up with to test and see if that’s the case? 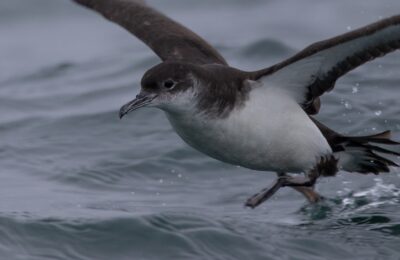