This week’s theme is all about schooling to celebrate that school’s out for summer! Whales and fishes have been getting the spotlight this week (killer whale pods, larval fish schooling, fish learning, and fish communicating) but invertebrates are capable of working together in groups, too.

Spiny lobsters are unique among the crustaceans in that they undergo large, coordinated migrations every year.  Sometimes in the fall over 50 lobsters will line up in single file and walk along the ocean floor (Figure 1).  The tips of each lobster’s long antenna will always be in contact with the lobster in front of it, so that even if the lobster cannot see, it will not lose its place in line.  No one knows the reasons for this migration, but it could be in response to changing environmental conditions (i.e. temperature) or to mate or to molt en masse.

For the longest time, scientists have been puzzled as to how lobsters able to find their way around the ocean floor.  One hypothesis is that the lobsters have a special mineral particle in their bodies called magnetite.  That mineral particle is supposedly activated by the earth’s magnetic field, either attracted to or repelled by it.

To put it in context, think back to playing pin the tail on the donkey.  When you play pin the tail on the donkey, you spin around with the blindfold on so that you’re dizzy and disoriented before you try to win the game.  The researchers didn’t spin the lobsters around with a blindfold on, but they did something similar: they exposed them to magnetic pulses.  The researchers in this study wanted to see if magnetite could be influenced by magnetic pulses; if the lobsters altered their direction in response to the pulses, then the magnetite could be aiding their migration.

The researchers might as well have taken their lobsters to pin the tail on the donkey.  First, just like the game, they confused the lobsters.  To disorient them using the magnetic pulses, they placed the lobsters either upside down or right side up in magnetic chambers.  To further disorient them, they placed eye caps over their eyes.  They then fired a magnetic pulse either in the north-south direction or in the south-north direction.

The researchers found that the magnetic pulse a lobster felt did alter the lobster’s ability to go in a particular direction. Lobsters who felt the north-south pulse oriented almost the exact opposite way of the lobsters that felt the south-north pulse, and the control lobsters (no pulse) didn’t show a pattern at all (Figure 3).

Engage: Have you ever seen a line of lobsters? What other reasons could these lobsters have for migrating in large groups? 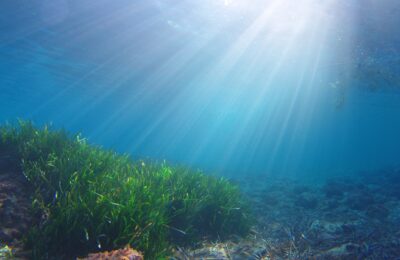 One thought on “Migrating lobsters use magnets to find their way”