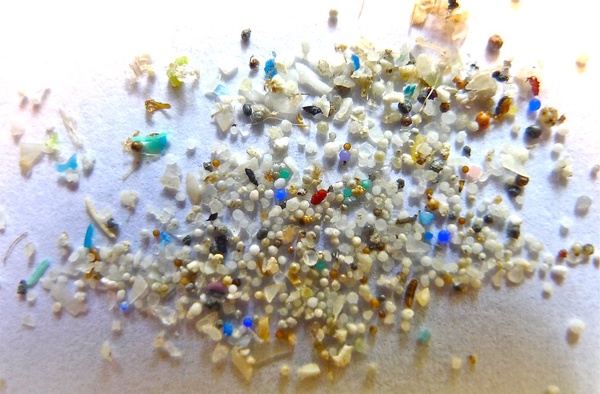 What once was an elusive, distant concept is now reaching the everyday regularity. Microplastics. The small fibers or solid particles that can litter beaches are the biproduct of the mismanagement of human waste and activities. What once began as larger plastic products are broken up and weathered away by natural activities in the ocean, then carried away to settle on beaches around the world. While their prevalence on beaches have been increasing, we still do not fully understand the mechanics of how these little fibers and particles end up where they do. For example, why do certain microplastics end up at one beach while not at another? Today, we will look at a scientific study which asks this question. Where do microplastics end up and why?

An international team of scientists from the National University of Ireland Galway in Ireland and the Universidad de Cádiz in Spain investigated this question. The team travelled around Ireland and investigated the abundance of microplastics at certain environmentally protected sites, also known as Special Areas of Conversation (SACs) or Special Protection Areas (SPAs). The group also examined the distribution of microplastics across the country to piece together a larger picture of the behavior of microplastics in the ocean. So today we are going to ask the question, what are microplastics doing around Ireland?

The team found a couple of important observations! First, beaches with smaller sand grains could house more microplastics. Microplastics were found more often closer to their original source (like sewage waste, etc.), so they tended to stay close to their origin instead of drifting away. Also, the most common plastics found were fibers made up of polyethylene and particles made up of polypropylene. The group discovered that there were more microplastics in the intertidal zone of beaches (which is a part of the beach that is exposed to air during low tides and submerged in high tides, usually where waves crash on the sands) than the subtidal zone (a part of the beach which is rarely exposed to the air and almost always submerged in water). Interestingly, the beaches on the Northwest part of the country had the highest amount of microplastics while the Southwest and Southeast parts of the country had the lowest amount of microplastics in the sands. All of these conclusions lead the team to understand where microplastics end up around Ireland and where can clean-up initiatives be taken to prevent their build up over time.

First, the team collected a total of 87 samples of beach sand from around the whole country. The sands were taken back to their laboratory, sized to determine how large the sand grains are, and thoroughly washed and filtered to retrieve the microplastics in them. The plastic particles and fibers were counted in the samples of sand, and the team performed numerous calculations to draw out any conclusions. Last, the team used a technique called Raman Spectroscopy to identify which types of polymers were in the plastic fibers and particles. With these efforts, the team could identify the connections between microplastics, the beaches, and the larger ocean environment around the country.

This investigation informs us of the increasing prevalence of microplastics in our beaches as well as why they settle where they do. These conclusions let us know that the ocean is an incredibly complex environment where humans can significantly affect both their immediate and larger environment around them. With this knowledge, we can better anticipate how to model the behavior of microplastics in our oceans and strengthen efforts to clean it up.