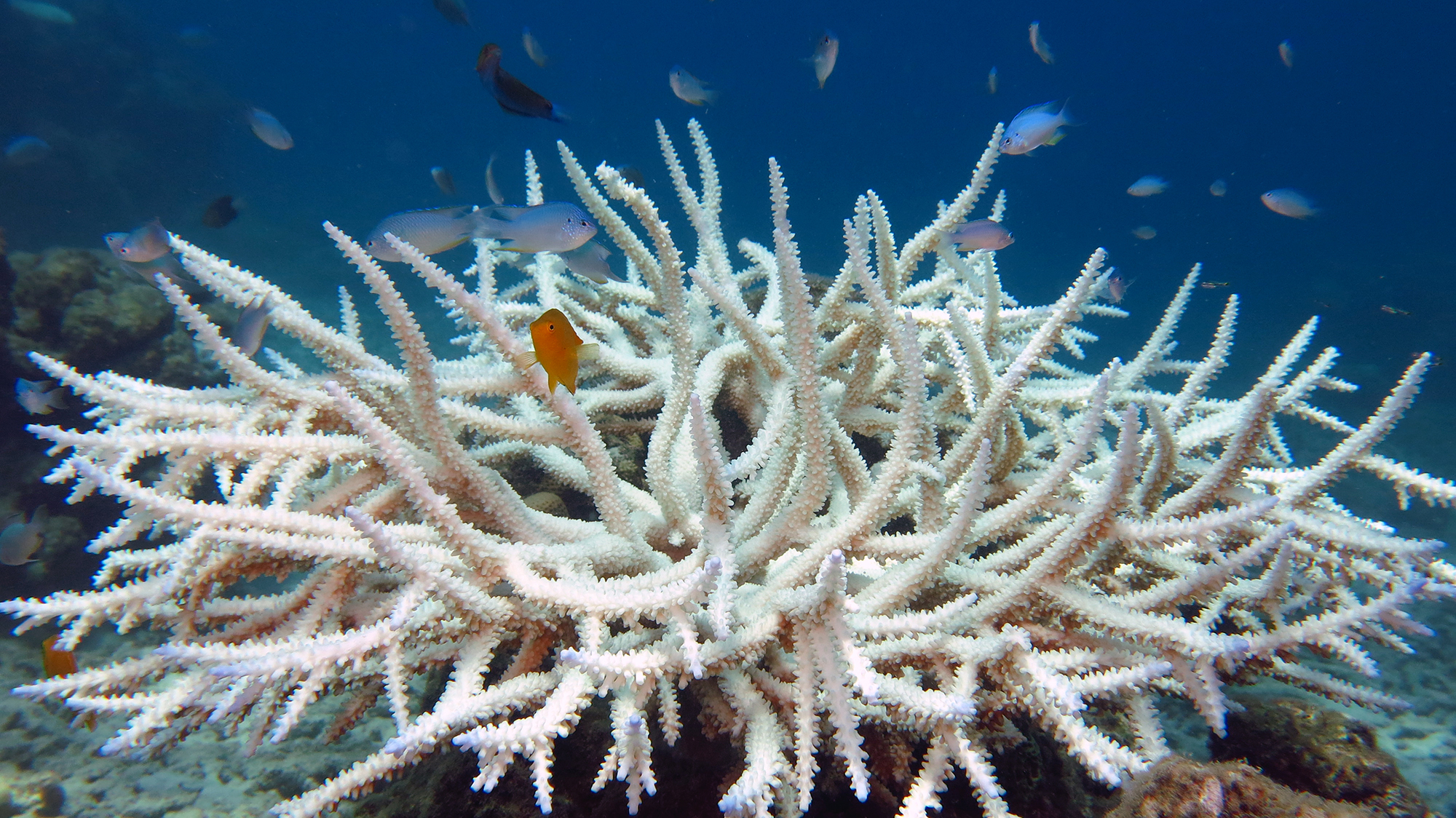 From coral bleaching to sea star wasting disease, stories of an unhealthy ocean have been all over the news. But are the animals in the sea actually sicker than before? Without long-running data sets tracking disease over time, it can be hard to see if diseases are growing more prevalent. In spite of this, Dr. Allison Tracy and her colleagues decided to investigate disease by looking at what we do have – papers and reports.

Dr. Tracy and her colleagues performed what is called a literature proxy, when you analyze  evidence and data provided in existing papers rather than collecting new data. The researchers looked at reports of diseases within nine different groups of plants and animals, from sea grasses to corals to marine mammals between 1970 and 2013. The scientists were then able to statistically analyze the number of reports of disease in each group over time. For some animals, like corals, the scientists even compared disease occurrence to temperature to see how disease incidences corresponded to periods of warmer than average water temperatures recorded by NOAA.

However, scientists must take a lot of care when conducting a literature proxy so they do not bias results. For example, an author who writes frequently about one topic can drive up the number of reports on diseases. To make sure that a prolific author wasn’t skewing results for a particular group, the researchers analyzed the data both with and without the papers from the most frequent author in each group.

The bad news – Some groups really are sicker than before

The literature proxy confirmed a lot of what has been suspected for a while, namely that coral reefs have been struggling in a changing sea. Coral bleaching, the process through which a stressed out coral evicts the helpful algae living inside of it, has gained a lot of press within the past few years as large portions of the Great Barrier Reef have bleached and, subsequently, died. Bleaching itself doesn’t always lead to coral death, but even if corals survive a bleaching event, they are more likely to get sick afterwards. When looking at Caribbean reefs, periods of heat stress (high surface water temperatures) were correlated with increases in reports of coral disease and bleaching. Additionally, more diseases in urchins have been reported since 1970, and the number of reports of diseases in marine mammals like seals and dolphins has increased since 2001.

However, not every group of animals is getting sicker. There was a decrease in disease reports in bony fishes, elasmobranchs (fish who have cartilage instead of bone, like sting rays and sharks) and decapods (10-legged crustaceans like crabs and lobsters). This may seem like good news, but the researchers noted that these are also groups that have had large population declines due to fishing. Just like a number of tightly packed people in a train or bus are likely to spread disease, when more animals are together, disease spreads more quickly. Overfishing could have the unintended side effect of making these fish less likely to come in contact with each other, and therefore, slows the spread of disease. Another potential reason is that fishing may pick off the sick and the weak individuals early, making it less likely that they will make others in their species sick.

Although the authors were very careful with their analysis, the process of using a literature proxy still has a number of pitfalls. For example, when the researchers eliminated the work of the most prolific writer studying diseases in mollusks, the comparison showed that disease reports in mollusks had decreased since 2001, making it impossible to tell if disease reports actually decreased or not. Reports of disease in marine mammals were also largely based on strandings, individuals that are found specifically because they are sick. The increase in these reports could simply be related to an increase in organizations dedicated to helping these stranded animals rather than a real increase in disease. Finally, the lack of disease reporting does not necessarily indicate a lack of disease. If a particular disease or animal has captured a lot of attention, the number of reports may  increase. Literature proxies have successfully demonstrated real world trends in diseases; for example the researchers showed that a literature proxy for rabies accurately reflected a decline in rabies incidents However, given the many biases that go into publishing reports and studies, this kind of research is mostly useful when there isn’t another, more direct option.

No one size fits all

While the study suggests that climate change is, in fact, causing groups like corals to sicken, not all areas of the ocean are changing in the same way. It has long been suggested that warming oceans will increase disease since warmer water can stress out the immune systems of ocean animals, speed up the growth of bacteria, or simply fail to kill parasites. Still, warming waters aren’t the only change ocean organisms have to deal with.  With compounding threats like ocean warming, ocean acidification, and pollution, there is no guaranteed way to know how all organisms will respond.