Plants take in carbon dioxide as part of their normal functioning, to create carbon-based sugars for food. When they die, that carbon is decomposed in the soils or sediment and, eventually, released back to the atmosphere. Plants that grow fast, live a long time, or decompose slowly are therefore particularly good at temporarily storing carbon from the atmosphere. Forests, wetlands, and eelgrass meadows meet these conditions and widely accepted as some of greatest carbon “sinks” in the world. Understanding the detailed nature of carbon sequestration in these ecosystems is therefore critically important for informing action on climate change adaptation.

Eelgrass meadows are highly productive ecosystems, growing fast and sequestering more carbon through photosynthesis and sediment stabilization than they release by decomposition. They also provide a number of environmental services for nearby urban areas, sheltering coastal areas from erosion and storm damage and providing valuable habitat for a number of important marine species. Under climate change and increased development pressures in coastal areas, eelgrass meadows have shrunk or disappeared from many areas of the world. With them, we’ve lost valuable habitat and carbon storage potential. In an attempt to finance restoration attempts, coastal and ocean resource managers are increasingly looking to ‘blue carbon’ offset credits; funding pots for climate change mitigation projects. Though any restoration project carries inherent value to local habitat and global carbon storage efforts, projects must maximize carbon storage to receive offset funding. This means scientists need to know what conditions promote high carbon sequestration in order to access off set restoration funding dollars.

A lot of work has been done to quantify carbon stores in eelgrass meadows. However, much of this effort has focused on point measurements scaled up to meadow-level. In reality, carbon dynamics vary throughout the meadow, in ways that aren’t entirely understood. Which meadows hold the most carbon? The old ones? The biggest ones? The ones with the most eelgrass? And what role do local conditions such as water temperature and current speeds play?

These are questions Oreska et. al. asked in their study “Seagrass blue carbon spatial patterns at the meadow-scale”. They mapped carbon concentrations in eelgrass sediments throughout a large Virginia meadow that had been restored by successive seeding over ten years before. It has been suspected and, in fact, shown to be true in plot-level experiments, that carbon storage increases with both age of the eelgrass meadow and density of the eelgrass itself. This makes intuitive sense because new eelgrass beds, like those freshly restored, haven’t had time to accumulate carbon in the way older beds have. But eelgrass meadows vary in much more than just age. If carbon storage capacity increases with meadow age, Oreska et. al. should have seen greater carbon levels in the sediment of the original meadow, followed by the areas first seeded, and so on. Instead, they found that sediment carbon levels depended more on distance from the meadow edge. Sediment closer to the center of the meadow contained more stored carbon, regardless of age. They also found a relationship between carbon levels and sediment grain size, where small-grained sediment held more carbon. These small grain areas also happened to be located in the centre of the meadow.

The carbon contained within decaying plant material is first released to the sediment grains on its path back to the atmosphere. Small sediment grains have a greater surface area and therefore greater capacity for absorbing organic carbon. These are also the grains that are able to make into the middle of the eelgrass bed, carried in by the currents and unencumbered by the shoots of eelgrass blocking the way for larger grains. This creates ideal carbon sequestration conditions in the meadow centers. Wave action, tidal currents, and other disturbances at the periphery of the meadow also remove sediment, making the center a haven for carbon accumulation via small particles.

Oreska et. al.’s study is the first to quantify carbon stores at the meadow-level by mapping internal variation in carbon levels and physical traits. An approach like this, a detailed inventory of carbon stores, paints a more accurate picture of carbon dynamics needed for blue carbon offset programs. The researchers recommend managers take meadow configuration, local geomorphology, and hydrodynamics into consideration when planning eelgrass restoration projects, especially for those intended to act as offset projects. Eelgrass restoration projects might be best located in areas prone to fine sediment accumulation, slow currents, and minimal disturbance. Furthermore, large contiguous eelgrass meadows may store more carbon than a meadow of equal size broken into small eelgrass patches. This could mean large projects in calm, sheltered estuaries should be prioritized over smaller projects or those in open waters to effectively sequester intended amounts of carbon. This could also be an important finding for those hoping to protect existing eelgrass beds. Large meadows may provide superior habitat and other ecosystem goods and services as well as increased carbon sequestration. These large systems may be the most important to protect. 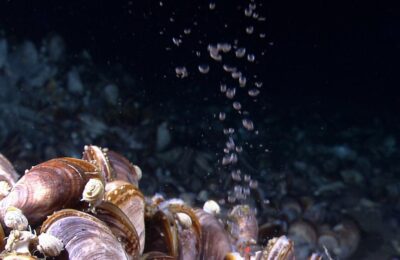 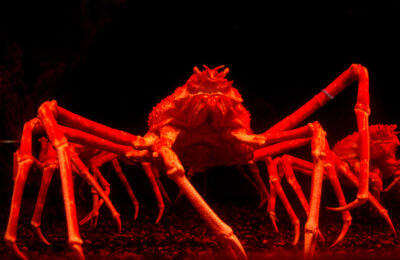