Introduction
There are a fair amount of dams in the United States. There’s the Hoover Dam, and… well, the Hoover Dam is probably the only one you know by name unless you live or work near another one. But how many are there in the US? There are 50 states. The coastal states probably have a couple dams each, while the interior states probably have little to none. So, maybe 100 dams total? 500? Try 75,000 (Figure 1)!!! That doesn’t even seem possible. What’s more, over 8,000 of those are considered “major” dams: dams that are over 50 feet tall. With that many dams, everything from a tiny stream to a major main-stem river is likely to have at least one dam on it.

Dams had their heyday in the late 1800’s into the earlier 1900’s. They were built to power mills or to generate electricity. Today, many of those mills do not exist or are not operational, but the dams still remain. Even when not generating power, they still completely alter the flow of nutrients throughout the system. You see, rivers are like the arteries of the world’s ecosystems. Their flowing water is a direct link between the land, freshwater environments like lakes and ponds, and the ocean.

If a dam isn’t being used any more, will simply removing it restore a river to its natural state, allowing anadromous fish to return? Removing a dam is usually a pretty serious undertaking resulting in a massive change to the physical environment in a very short amount of time (click here for an amazing time lapse video of a different dam removal in Washington [2mins]). A team of researchers in Washington set out to determine how quickly rivers will rebound after the removal of a 100-year-old dam. The challenge is how to tell if organisms in the freshwater environment are using nutrients that originate in the ocean, after the dam removal (delivered to freshwater by anadromous salmon now that the dam isn’t in their way).

The way to address this type of problem is by using stable isotope analysis. The basic elements of carbon and nitrogen, which make up a large portion of animal tissues, each have two different forms called isotopes. Each of these forms are stable, meaning they will persist in the same form for a long period of time (contrary to radioactive isotopes). Scientists utilize the fact that materials from different areas (ex: ocean and freshwater systems) usually consist of a slightly different make up of these two forms. For example, the ratio of Carbon-12 to Carbon-13 (the two different stable isotopes based on the number of neutrons in the atom) is different in materials derived from the ocean than in materials derived from the freshwater environment. Using this knowledge, the researchers looked for ocean-like carbon and nitrogen signatures in organisms in the freshwater environment before and after the dam removal.

Since the dam prevented ocean organisms from entering the freshwater system, it was not surprising that there was no evidence of ocean-like nutrients in organisms upstream of the dam before its removal. Less than one year after the dam was removed, salmon returned to the river above where the dam used to be. But did organisms above the dam that have not been exposed to salmon for over 100 years begin to utilize marine derived nutrients? Yup! Marine derived nutrients were found in a small predatory bird, the American dipper after the dam was removed.

Conclusion
Although dams can provide energy without generating large amounts of greenhouse gas emissions like the burning of fossil fuels, they are not without environmental consequences. Building a large concrete wall across the river poses an obvious physical barrier to any fish that had plans of swimming through that section of river. Blocking anadromous fish migrations results in ecosystem wide consequences by eliminating the delivery of marine derived nutrients to the system. This study represents just one example of how quickly an ecosystem can respond to a dam removal, once again restoring the natural connection between the land and the ocean. The speed of the turnaround is pretty remarkable. Over 100 years of ecosystem alteration by humans can be restored to a more natural and more functional state in less than one year. This study helps build the case for the value in removing obsolete dams that no longer serve a purpose. 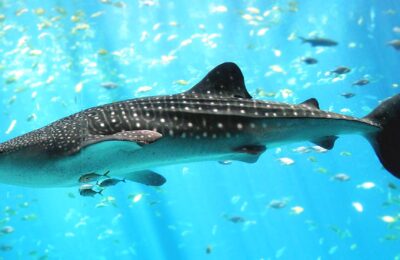