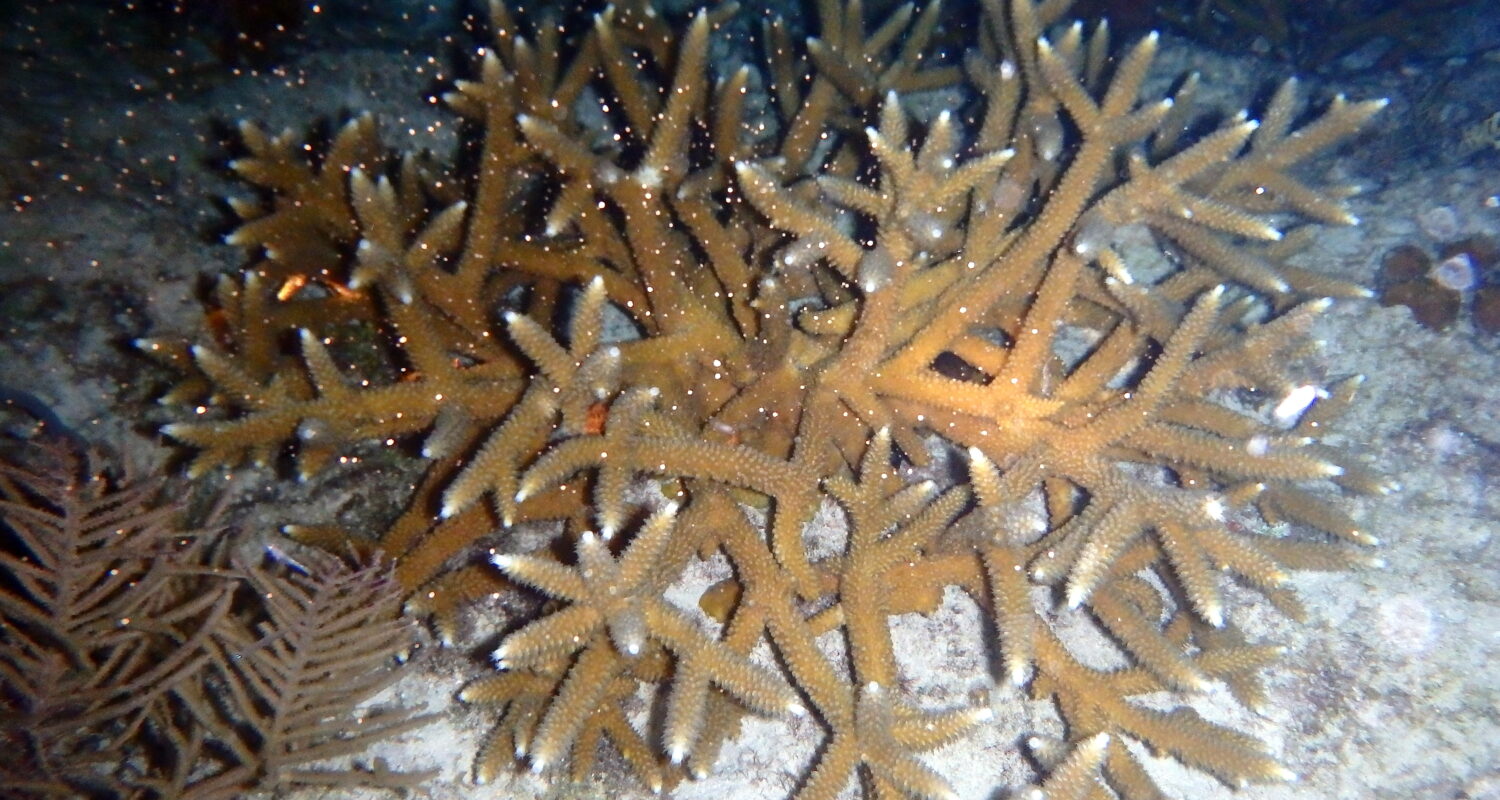 Climate change is causing the ocean to warm rapidly, and corals are being pushed to the limits of their heat tolerance. These beautiful animals form coral reefs that support an incredible diversity of marine life, but they struggle to survive during marine heat waves, and this means that coral reefs are shrinking. Luckily, there is some good news! Corals can get used to warmer temperatures over time, which is called “acclimation.” Corals that have lived through heat events in the past might be more tolerant of future warming. However, we don’t know if this always happens, or if the effect is strong enough to help corals survive climate change in the long run.

The survival of corals also depends on their unique relationship with algae. Corals live together (in a “symbiotic relationship”) with photosynthetic algae, which live inside the coral and provide energy from sunlight. Different types of algae have different abilities to survive heat stress, so the same coral animal can have different heat tolerance depending on the type of algae that it lives with! Scientists are working hard to understand how all these factors affect coral survival.

In a recent study, scientists tested the heat tolerance of coral larvae, which do not yet have symbionts. These baby corals had parents from different locations, which were acclimated to different temperatures. The larvae from warmer sites survived better during heat exposure, and animals from cooler sites mostly died. To understand these effects in more detail, the researchers measured genes that were activated, or deactivated, during heat stress, and compared these “gene expression” responses between larvae from different sites. Many of the same genes were involved in the heat response across the different sites, but there were some differences. The researchers think that certain specific genes give an advantage to corals from the warmer sites.

… and so does who you live with

The scientists also looked at slightly older “juvenile” coral, which they provided with different types of symbiotic algae. Once again, these differences were important. With some algae, the corals were able to survive, but with others the corals died during the heat event. Both the identity of the symbiont, and the location of origin, affected the survival and gene expression of juvenile corals.

Interestingly, juveniles and larvae had different gene expression responses to heat. This means that, at a molecular level, corals use different genes to respond to heat at different times in their lives. Together, the environment, symbionts, and life stage paint a complex picture for corals, with all of these factors together influencing heat tolerance. We want to predict how corals will be affected by climate change, and if possible help them to survive. In order to do that, we need studies like this to identify specific characteristics that help corals tolerate harsh conditions.