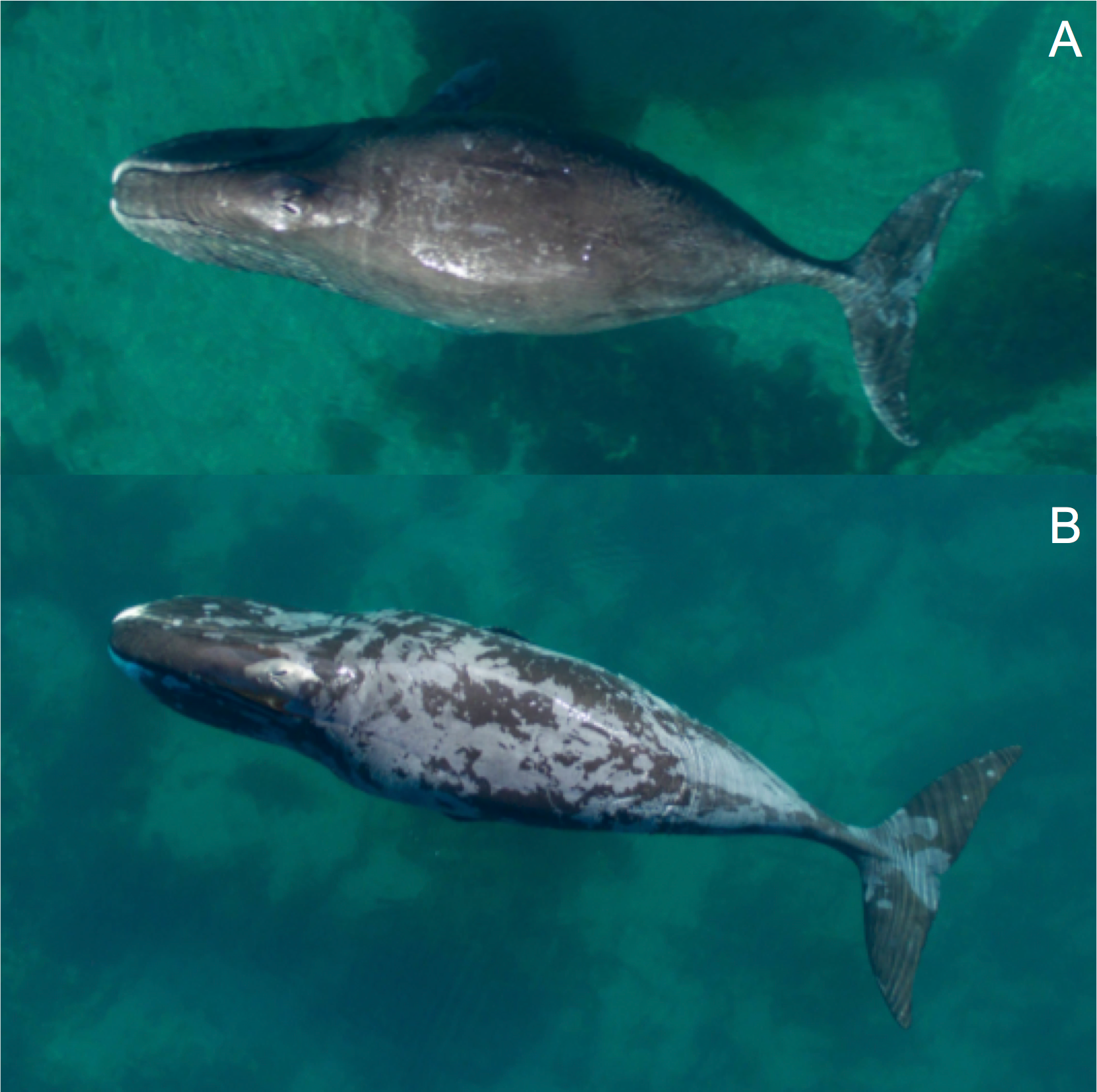 Bowhead whales are baleen whales that spend their entire lives in the Arctic, migrating within the region to feed, mate, and raise calves, all the while avoiding sea ice. Yet these coldwater inhabitants don’t eschew good summer skincare just because they live in cold weather; researchers have found that several populations of bowhead whales molt their skin with the help of undersea rocks during the summer months.

Prior to this study, researchers knew that seals and sea lions molted their fur during specific shedding events, during which old fur was lost and new fur gained.  On the other hand, many whales, dolphins, and porpoises are believed to shed and replace skin cells continuously, with no concerted molt period. However, irregular behavior akin to molting behavior was seen in Canada in 2014 and prompted researchers from Canada and US to get a better handle on molting in bowhead whales off Nunavut, Canada.

Whale watching for a purpose

The researchers set out to figure out if the Canadian bowheads were actually replacing their skin via molting, if molting only happened in whales of a certain age, and how molting impacted whale behavior. They carried out aerial drone surveys and opportunistic boat surveys in Cumberlund Sound, a shallow enclosed coastal area where bowhead whales spend time during the summer. They performed the surveys during August of 2016, in the same location and at the same time the observed irregular behavior was spotted in 2014. Still images from the surveys were carefully examined; unique individuals were identified by permanent markings on fins and bodies, while molt status of each individual was determined by looking for blotchiness and contrasting colors, tell-tale signs of a whale molting their skin (Fig. 1).

The researchers found all 81 spotted whales were undergoing molt, shedding their outer layer of skin and replacing it with a fresh layer. About 40% of the whales were molting across more than 2/3 of their body. The researchers also found that the whales used undersea boulders and rocks as “backscratchers”, as the whales rubbed against the rocks to help slough off their dead skin, possibly speeding up the molt process (Fig. 2).

This study is the first to document molting and rock rubbing behavior in bowhead whales from the eastern Canadian Arctic. Science has progressed in so many exciting directions over modern history, yet these results reiterate that we still know very little about the behavior and habits of all the other creatures on our planet. Here these huge creatures were exhibiting highly conspicuous behavior like molting and rock nosing, and went totally unnoticed for decades. We have a lot to learn about our planetary cohabitants, and should continue to study and understand other creatures so we may better coexist.